Please note that these are my observations over the years as someone who doesn’t live in Paris. Of course, there are always exceptions but in my experience, they ring true. 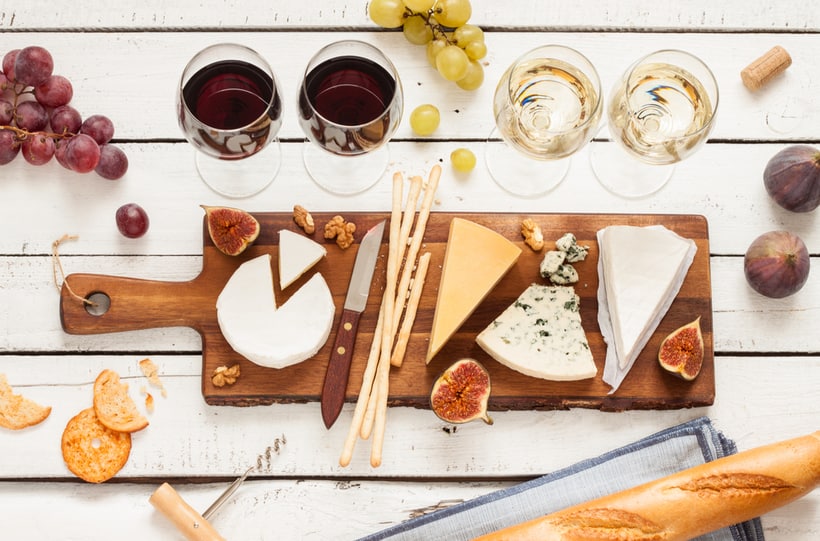 Big list of 77 little differences you notice about life in France:

1. You can get great wine for 10€/bottle and under. Of course there are more expensive bottles, but there are cost-effective ones that are excellent, too.

2. Soccer is big business. It’s the most popular sport to play and watch on TV.

3. Medication — even over-the-counter products like a pain reliever or diarrhea medication — can only be purchased at a pharmacy. You will not find Advil, cough medicine, etc. at a grocery store.

4. You’ll never see the French president talking about prayers or God after a national tragedy. Religion doesn’t mix with politics.

6. There’s a wider variety of meat products in the regular grocery store like cow tongue and rabbit. Some of the options might make you consider vegetarianism.

7. Dessert is a welcome part of dinner, even if it’s just a piece of fruit or a yogurt.

8. The election process is very different than what it is in the USA.

10. Many homes have slate roofs.

11. The French love leeks and the vegetable is commonly used in soups, savory tarts, and other dishes.

12. All French homes have an electric kettle (and it’s not just for tea!).

13. The French don’t typically send Christmas cards, so don’t be offended if you don’t get one from a French friend in December. It’s more common to send a New Year’s card come January.

14. Quite often, public toilets in train stations and on the street cost money to use. About 50 centimes is the norm. 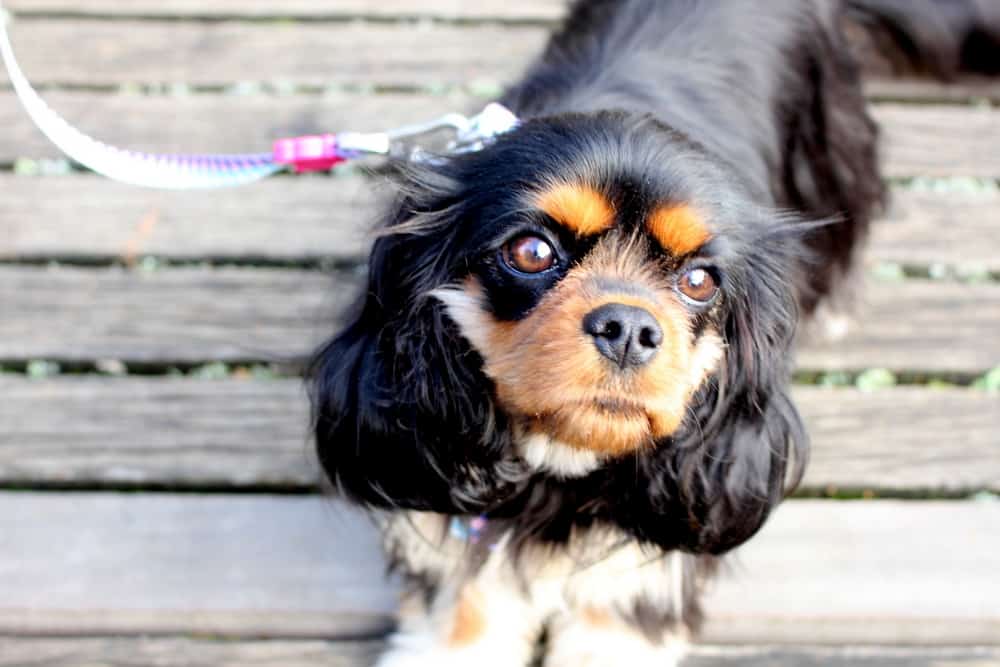 15. Well-behaved dogs are welcome in stores, restaurants, and other places people go (exceptions would be doctors’ offices and grocery stores).

16. At the hair salon, there’s always an up-sell called a soin. It’s a deep conditioning treatment that will add about 15€ to the bill, so when you’re being shampooed and the stylist asks if you want a soin, be prepared.

17. Postal workers ride bikes in smaller towns to deliver your mail. Sometimes they even have mini electric vehicles.

18. Many French bathrooms are actually two rooms, where the toilet is in a different room from the shower or bath. Sometimes there’s no sink to wash your hands in the toilet room.

19. It’s perfectly normal to get a fresh baguette from the bakery every single day.

20. Veterinary care for your pets is much cheaper and the care is been excellent.

21. There’s an abundance of bakeries, cheese shops, butchers, and more and it’s wonderful!

22. Tolls are expensive on the autoroute. You can easily pay upwards of 50 euros in tolls for an all-day road trip.

23. Traffic lights are at the end of the street where you stop your car and not hanging 20 feet above you in the middle of an intersection. In France, you stop next to the traffic light. Be sure not to roll to far forward or the traffic light will be behind you and you won’t know when it turns green.

24. French homes have window shutters called volets that are either manual or automatic. Some are quite decorative. They are opened each morning and closed each evening and are for privacy, security, and temperature control.

26. Most houses have fences or gates for privacy and to mark the property line.

27. Potato chips aren’t with the other snacks like pretzels in the grocery store. There’s a reason why.

28. Lunch breaks at work and school tend to be longer than those in America and French workers who work locally often return home for lunch.

29. Health insurance is not linked to your job, so if you lose your job or get fired, you will still have the same benefits.

30. There’s this amazing frozen food grocery store called Picard and I love it. 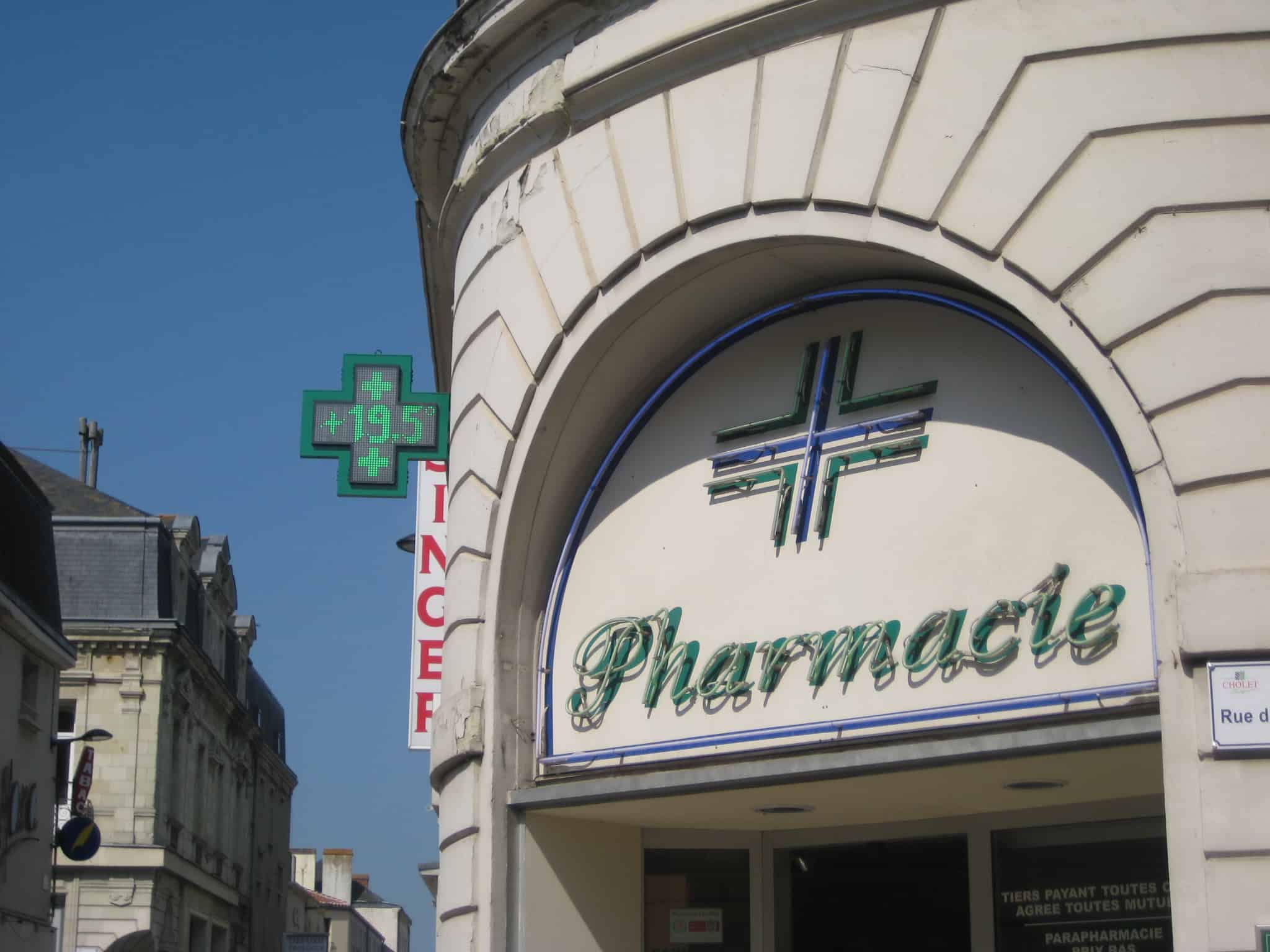 31. Drive-through pharmacies and banks aren’t a thing in France.

32. The TGV (high-speed train) is a great way to travel all over France: efficient, easy, and often cost effective.

34. Things like wine, cheese, and baguettes are super affordable and absolutely delicious.

35. When you order something online, you have the option to ship to a delivery point such as a gas stations or minimarts instead of directly to your home. This avoids it being delivered when you aren’t home and you can then pick it up at your leisure. Mondial Relay is a very popular one of these companies.

36. Not too much is open on Sundays, especially outside of major cities. Sundays are meant for relaxing and spending time with the people you love.

37. French speech has fun little noises that you can’t help but pick up yourself.

38. Public bathroom stalls are more private in France with doors that extend all the way to the floor. There’s no space in between stalls so you can’t see people’s feet. In the US, public bathrooms seem to be space that is partitioned off where as in France, the stalls feel more like a private bathroom space.

40. If you see filet mignon on a restaurant menu, it is pork.

42. The color khaki is not a light/medium beige in France. For the French, khaki is this color, which has more green in it.

43. The majority of cars on the road in France have manual transmissions, not automatic, although automatic transmissions do exist. 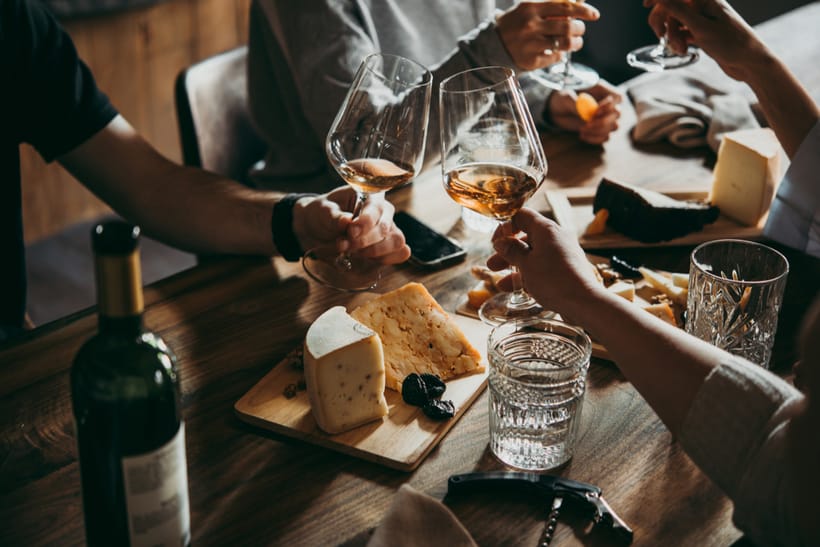 47. It’s more than fine to have a glass of wine or a beer at a business lunch or work cafeteria. No one will bat an eye.

48. The French don’t use Vaseline in the same way.

51. The age nationwide to get a driver’s license is 18 (unaccompanied by a parent, permis B classique).

52. French gyms might be a little different than what you’re used to, especially outside of major cities. They have shorter business hours, for starters, and most don’t open at the crack of dawn.

53. Markets, both indoor and farmers’ markets, are quite common and many larger towns have at least one per week. You can find local produce, meat, cheese, wine, and other goods.

54. Store hours tend to be shorter than in North America. It would be rare to see a grocery store open past 8 or 9 p.m.

55. Most kids don’t have school on Wednesdays. It’s an old school tradition from the 19th century back when students were expected to study catechism on Wednesdays.

56. McDonald’s is fancier in France.

57. There aren’t as many water fountains in France in public areas like parks, museums, schools, etc.

58. Meal times at restaurants, especially outside of large cities, are quite strict. Lunch is served from 12-2 and dinner is 7 p.m. at the earliest.

59. Drinks are rarely served with ice unless you ask.

60. If you have a non-urgent medical issue like a sprain, bad cold, or burn, for example, but are unable to see a doctor, your local pharmacist can be really helpful and recommend medication and a treatment.

61. The bread basket at restaurants doesn’t come with butter.

62. There are two ways to say “you”: tu, the familiar “you” and vous, the formal “you.” Learn the difference between tu and vous here.

63. Customer service phone numbers are not free if you need to call a company for assistance about something. 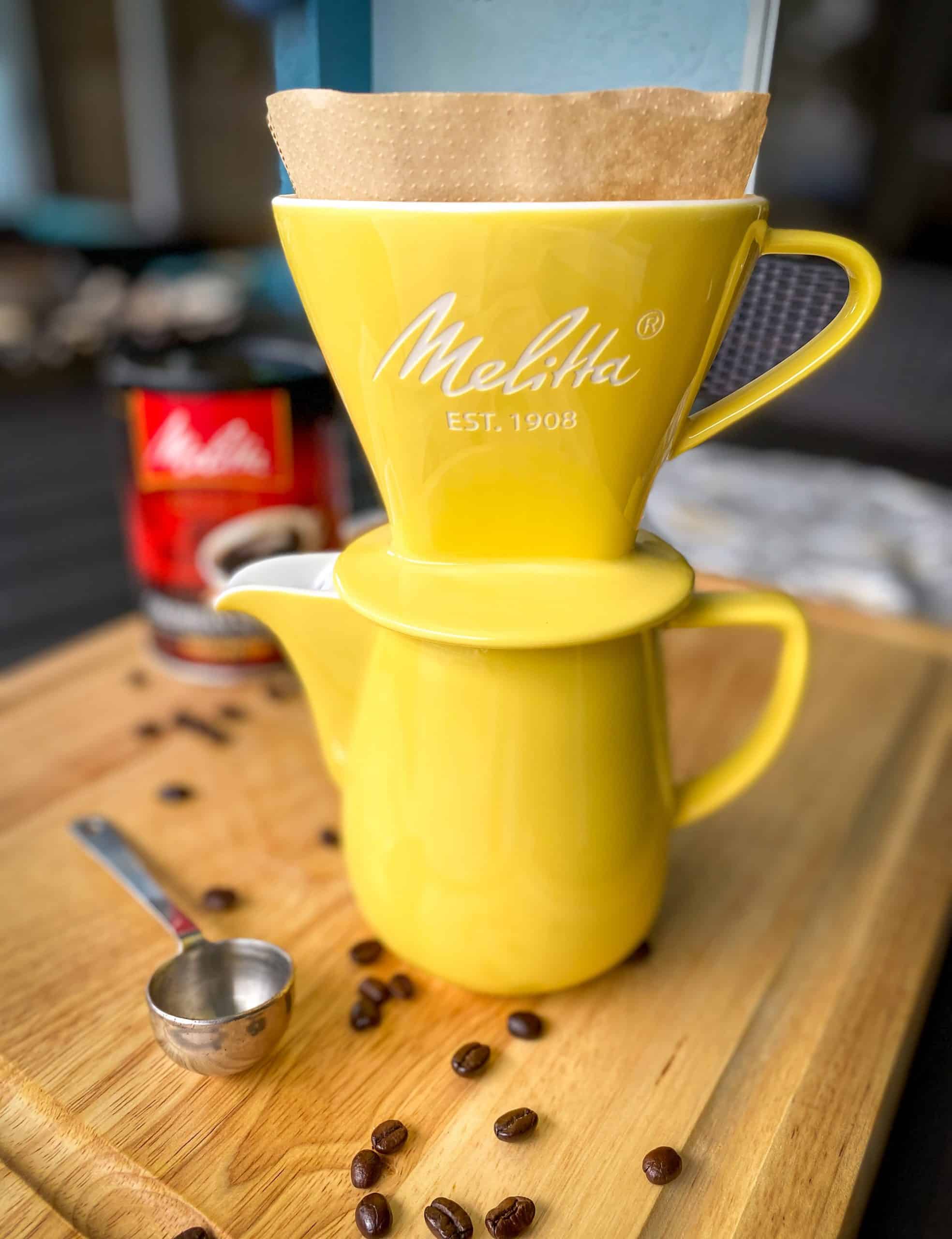 64. To-go coffee culture doesn’t really exist. Have your coffee at a cafe or at home, but thermoses for the car and to-go cups aren’t very popular. McDonald’s does serve coffee to go.

65. Student loans and credit cards aren’t really a thing. Debt culture doesn’t exist like it does in the USA.

66. Breakfast foods tend to be sweet, so a pastry and fruit not an omelette and bacon.

67. A standard tip at a restaurant is not 20%. At a casual restaurant, no tip is expected but leaving a couple of euros for good service is appreciated.

68. Medical care isn’t free, but it’s a lot more affordable than what I was used to paying. A regular doctor’s visit is 25€ and most of that is reimbursed.

69. French kitchens sometimes have a bread drawer or bread receptacle of some sort. Don’t make the same mistake I did and confuse it with the trash.

70. At a restaurant ,make sure you ask for the bill once you’ve finished your meal and would like to pay.They usually don’t bring it to the table automatically. Otherwise, waiters won’t rush you and will let you sit at the table for as long as you’d like.

73. You can only buy cigarettes at tabacs (tobacco shops) and not the pharmacy or gas station.

74. If you order un café, you’ll get a little shot of espresso.

75. The cheese course comes after the main meal and isn’t an appetizer or something you eat with crackers.

76. If you live within walking distance of a grocery store or market, people of all ages put their groceries in carts like these.

77. All full-time French employees are legally entitled to 5 weeks of paid vacation per year.

Hope you enjoyed my list of little differences you notice about life in France! 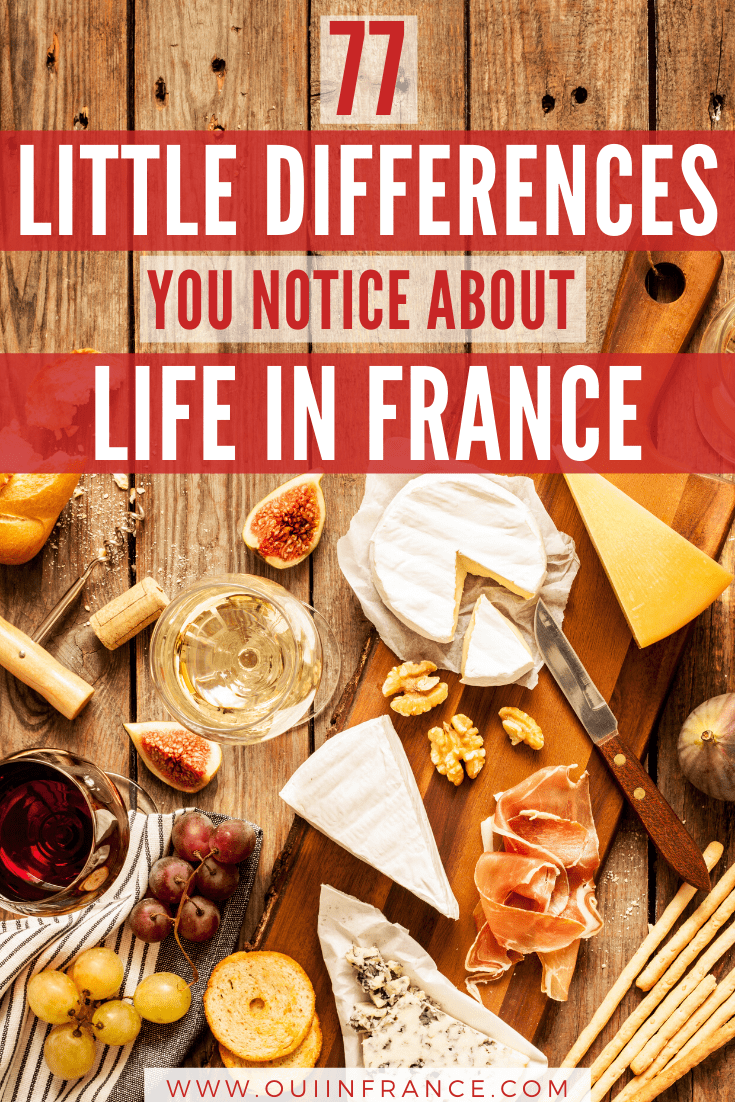 7 Little differences about Christmas in France

Differences between pharmacies in France and the United States