Every culture is different and you won’t experience that first-hand until you’re part of it. Before moving to France (the first time in 2009), I had visited twice in my life so I knew what to expect the second time around (moved again in Dec. 2011). So if you’re moving to France, thinking of visiting or are just curious, read on for my list of fun facts that make France, well, France.

Read on for my France fun facts! 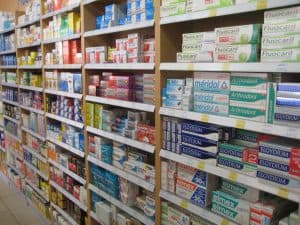 In France, all pharmacies are privately owned and aren’t anything like CVS or Duane Reade in the U.S. French pharmacies only sell medicines and the like. They don’t carry candy, cigarettes or magazines. I wrote more about French pharmacies here.

2. Afternoon siestas when everything is closed

No this isn’t Spain, and I don’t know if people actually nap, but the whole place, by which I mean France, shuts down between the hours of 12 to 2 p.m. each day. Thinking of hitting the aforementioned pharmacy on your lunch break? Think again. Everything (from little shops to the post office) is closed during the afternoon in many areas in France.

3. No sales except for Les Soldes

Only twice a year do French people get to partake in Black Friday-like madness. France’s big sales are called Les Soldes and can legally only happen twice a year: January and July for about three weeks. Looking to save big on your spouse’s Christmas gift? Not here (unless you wait to buy it until AFTER Christmas). Generally speaking, there aren’t any good deals to be had in France except during Les Soldes (going on now, yeah!!), although sometimes merchants have small sales throughout the year but with only small discounts on a handful of items.

Any little bureaucratic change is a nightmare consisting of phone tag and a game of “let’s see how many times I can make you come back with new documents before you lose your marbles.” If you need to get a document from immigration, update your address or attempt to get any mundane task done that requires you to contact the government, prepare to waste a few hours of your time. Bring a book and maybe have a few shots of tequila to loosen up before you attempt to interact with anyone.

Customer service in France vs. the USA >> 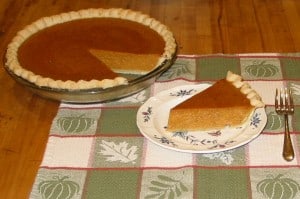 5. “Normal” grocery items are nowhere to be found

Yeah, I know it’s France, but come on, where’s the canned pumpkin? Cottage cheese? PAM cooking spray? You won’t find it here. My American Market carries American grocery items in France and is great for expats looking for a taste of home — but for a price! On the plus side, there are amazing French items that almost make me forget about the lack of canned pumpkin. Almost.

Not for your waiter, bartender or even your hair stylist! The French only tip for exceptional service and even then, it’s not anywhere near 15-20%. But that’s because the value added tax (VAT), a consumption tax, is built in to the prices the consumer sees — and it’s 19.6% (yes it’s high but Finland’s is 23%!)! The price you see is the price you pay on grocery items, restaurant menus and even cars. It’s nice to know the price before you get to the register. Read this for more on tipping in France.

Cafes, bars and your local grocery store all carry affordable wines that will run you as little as $5 per bottle depending on what wine you choose.

8. All Debit cards have a chip called a puce 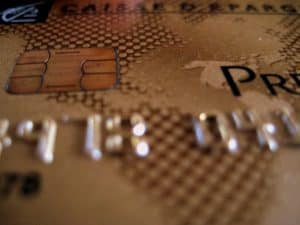 In most cases, your American debit card won’t work anywhere except the ATM because it’s missing the chip. You see, in France, when it’s time to pay, many restaurants will bring you a portable credit card terminal and your card is inserted into the card reader for payment. American credit cards swipe and work fine in many cases, but not that debit card (at least not in small towns). Also, credit cards aren’t the norm here. Most French people pay their day to day expenses with their debit card and the money comes right out of their bank account. The concept of a credit card is somewhat foreign here and definitely not widespread.

They do bisous. You know, the little air kiss on either side of the cheek. If you’re not used to this, it can be quite an ordeal trying to figure out who you need to kiss. Your husband’s family members? Yup. Even when you’ve never met them before? Yup. Husband’s boss? Not so much. Oh, and don’t ever hug a French person out of the blue. They’ll just stand there with their arms at their side not knowing what to do. Trust me on that one.

And for my favorite fun fact about France, THIS IS IT! If we are unable to take care of our health, nothing else matters. In France, the government makes it easy to look after your health because it’s affordable. Kids under 6 are 100% free and for the rest of us, costs (which are already low) are reimbursed at 70% by the French social security system, La Secu for short. If you have a mutuelle, supplemental coverage, you get an additional percentage reimbursed. No one here (except me) asks how much a test or medicine is before agreeing to it. Why? Because it’ll never be a problem. Here’s more on healthcare in France.

What France fun facts do you have to share?

Cost of living in France: French prices for everyday things

Do you tip in France? MUST-KNOW facts about tipping in France from someone who lives there