If you live abroad, you’ve undoubtedly missed foods from home. The brands and food products we grew up with aren’t always available outside the U.S. and that is certainly true here in France. Sometimes I find myself yearning for a taste of my childhood or a comfort food that hits differently than the French equivalent. If you’re curious about what American foods aren’t available France, keep on reading because that’s exactly what I’m getting into in this post. 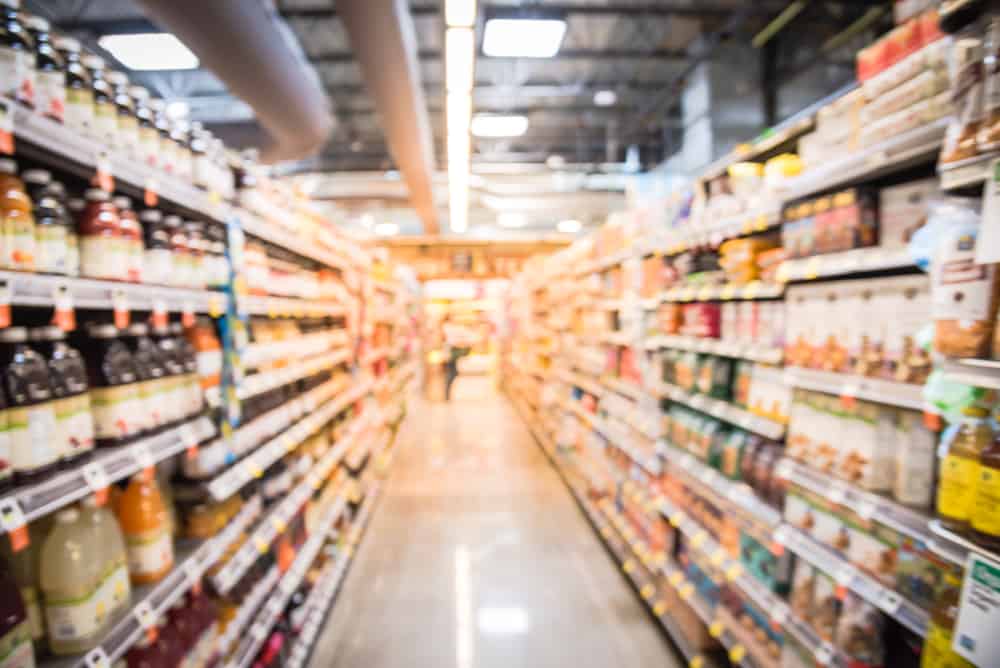 Food counts for so much. It can bring people together, remind us of certain moments in our lives, and provide us with the comforts of home when we’re so far away. Sometimes the most insignificant-seeming foods bring back amazing memories. When you live abroad and finally get your hands on that elusive pack of Reese’s Peanut Butter cups, it feels like a major victory! At least it does for me!

Before I get into my list of American foods you can’t find in French groceries stores, I have a quick disclaimer. These aren’t foods only found in the U.S. or necessarily American made. They are foods you can commonly find in American supermarkets, though.

Also, as I always say, this isn’t a judgment on food in the U.S. or in France and my post is meant to be educational. The two countries are different so it makes sense that certain things aren’t available in France. You can find amazing products on both sides of the Atlantic. 😉

Speaking of that, for all your French grocery needs in the U.S., check out myPanier! They’re a wonderful French-owned online French supermarket with all kinds of goodies. I reviewed myPanier here. They have everyday grocery items as well as amazing artisanal items — including a fabulous holiday selection. Use my promo code OUIINFRANCE for $15 off your purchase of $49+.

Here’s my list of 6 American products you can’t find in French supermarkets: 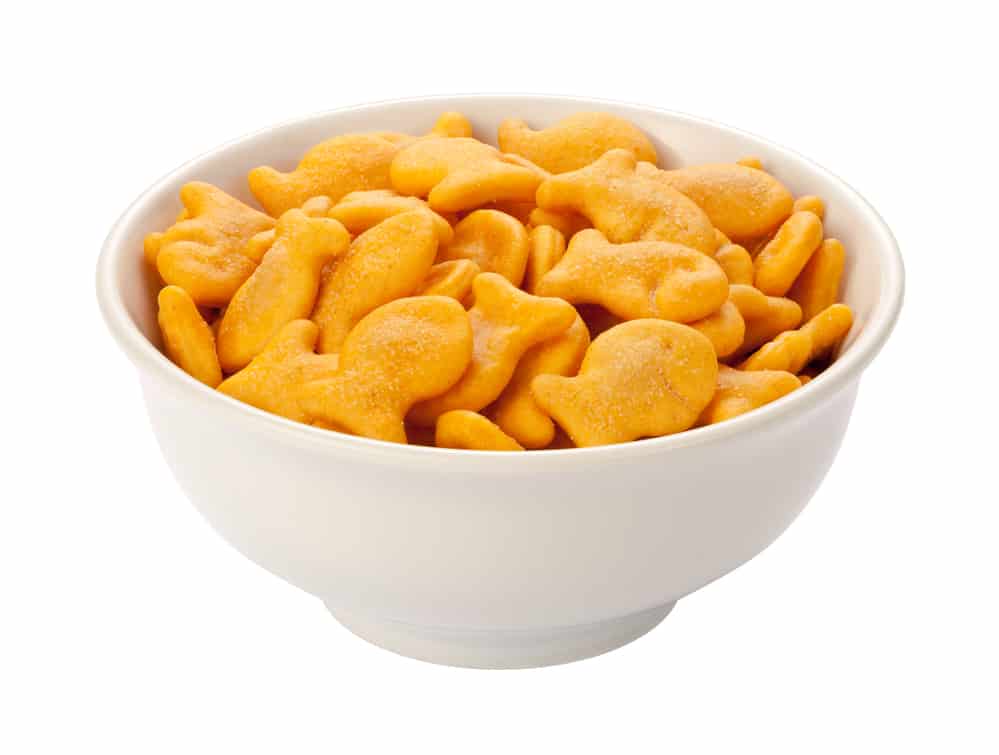 1. Pepperidge Farm Goldfish Crackers: Who else loves these things? Perfectly cheesy with just enough salt and a nice crunch, Pepperidge Farm Goldfish remind me of growing up in suburban NJ. I used to eat these as a kid and I’ve never seen a similar French product. While there are little boxes of Belin apéro crackers with a cheesy taste, I can’t say I’ve noticed Goldfish or Cheeze-Its or anything like that in France.

3. Macaroni & cheese: Boxed and already prepared mac & cheese in U.S. supermarkets is so commonplace that it might surprise you to learn it doesn’t exist in France. It’s not a culinary delicacy or anything, but as a broke college kid, a box of Kraft Mac & Cheese was GOLD. Not in France.

You won’t find boxes of Kraft or Annie’s macaroni and cheese at all. It’s not a culturally French food. The French do have coquillettes au jambon, which is kind of the same idea (with ham), but it doesn’t come in a box and it’s not the same thing (or color!). Luckily, American-style mac and cheese isn’t difficult to make from scratch.

4. Cartons of egg whites or Egg Beaters: Most Americans are familiar with the egg substitute Egg Beaters and the ability to buy cartons of just egg whites in the refrigerated section. Both are pretty normal. For people with high cholesterol, the healthier options are easy to find and convenient. Egg whites are also great for certain recipes and it sure beats wasting a yolk when only the egg whites are needed.

But in France, egg whites are not available in cartons at the grocery store and I’ve never seen egg substitutes. You can find bottles of egg whites on bodybuilder websites where you’d find protein bars and that sort of thing or large quantities at a restaurant supply store, but egg whites certainly aren’t commonplace French grocery store items. 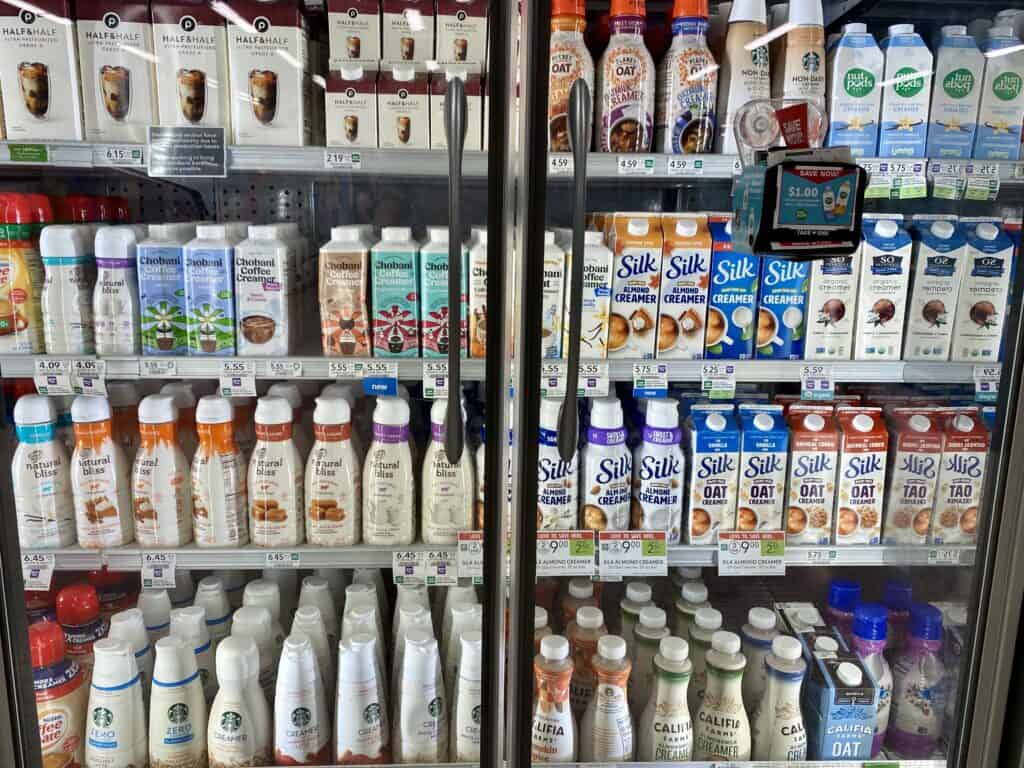 5. Flavored coffee creamer (and non-dairy versions): Every time I go back to the U.S., the selection of coffee creamer amazes me. I’m always in awe of all the flavors and non-dairy options because none of that exists in France. You can flavor your coffee with low-fat dairy options, almond milk, pumpkin spice creamer products, or about 50 other choices in the U.S. For coffee lovers, it’s great! Lots of cold brew too.

In France, the selection of coffee creamer (and cold brew) is limited. You won’t really find half and half or anything specifically for coffee in the refrigerated section. By the unrefrigerated milk, there’s a brand called Gloria that makes individual creamer packs that come in sheets of about 10. You’ll find all types of heavy cream and milk, but actual creamer — dairy or nut milk varieties — specifically for coffee is not mainstream. And forget about any fun seasonal flavors like egg nog or pumpkin spice.

6. Ranch dressing or dip: Ranch salad dressing and dip are both pretty common flavor options for salads and vegetable platters at parties. You can even find ranch chips. In France, ranch flavored anything is hard to come by, as it’s not a taste that’s really known here. You can find salad dressing in France — there are a bunch of amazing vinaigrettes — but there aren’t a ton of other options and definitely no ranch.

There are a lot more American food items you can’t buy in France, so this is just the short list. Some others are: Canned pumpkin, refried beans, PAM cooking spray, Reese’s peanut butter cups, and regular Cheerios.

Finally, let me note that while the foods mentioned above aren’t commonly found in France, it’s possible that they exist somewhere. Many French grocery stores have specialty aisles where you can find foods from abroad. That said, none of the items I mention are mainstream in French food culture.

Disclosure: I’m an affiliate for myPanier. 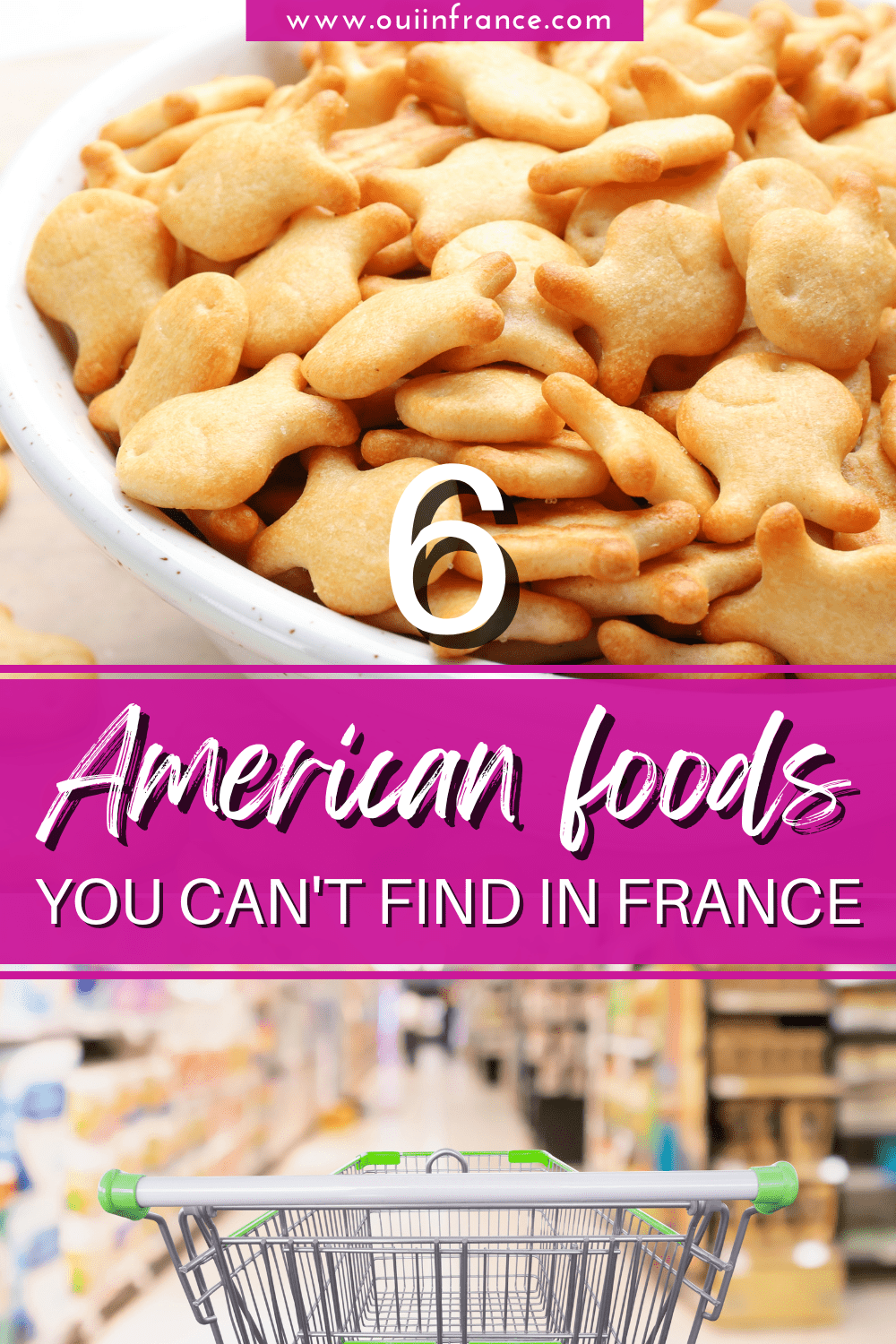