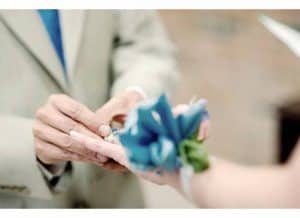 Single and looking for a little excitement? Bored of your American mate? Well, you should really marry a French guy like I did.

Why you should marry a French guy

Relationships are hard enough but add a guy from a different culture and you have yourself a whole new set of difficulties. But along with these difficulties come a whole bunch of amazing things that you would never discover being married to your high school sweetie. There are so many things to know about French guys. So if you’re thinking of marrying a French man, read on.

Here’s why you should marry a French guy (or girl):

You loosen up over time

Making a fool out of yourself when you confuse words in front of people who matter is always a good time and after the first one hundred missteps, you’ll learn to laugh at yourself. Everyone likes a girl who can make fun of herself, right? It only gets better with time!

Haven’t quite nailed the passe simple or the conditional tense? Well, get the hubby to help you learn his language. Practice your skills on your man and his family. And have them correct you over and over and over when you make mistakes.

Diane War-Werg-Varny-Vern. Sorry, how do you say that? That’ll be a regular occurrence at doctors’ offices, for restaurant reservations and whenever a telemarketer calls if you’re living in the U.S. If your last name is Smith or something equally unexciting,  you’ll be thrilled to marry a French guy for the cool last name alone. Getting hitched to a France guy means you get a fancy new last name that will have your friends and family struggling every time they try to say it. Let the good times roll!

The accent never gets old

There’s something about hearing Tom speak that makes me smile. Maybe it’s because I don’t know if he’s saying Missouri or misery, or focus or F*** us. Seriously though, a French accent is infinitely cooler than an American one. The pronunciation, the intonation and the cute mannerisms just make you swoon. Daily. Multiple times. Forever. 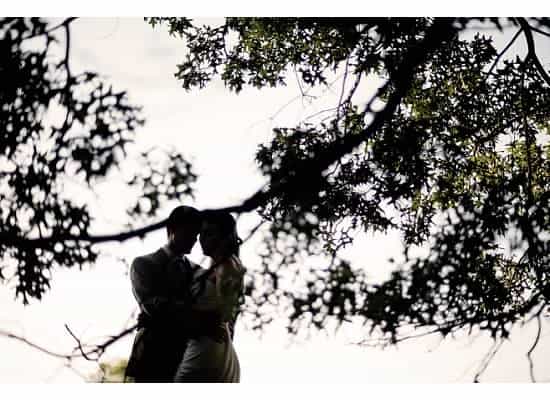 You’ll make bilingual babies (if you do it right)

Nothing makes me more envious than little squirts who are barely up to your knees and can speak more than one language. So if you marry a cute French guy and decide to have kids, you’ll pop out little bilingual geniuses that you’ll always have around to make fun of your accent and correct you in front of people you’re trying to impress. And if that’s not enough, bilingual kids just up your cool factor. Like, tenfold.

Because mother-in-law interactions are more fun in French

Regular mother-in-law dynamics are a load of fun when she’s your same nationality, but when she’s French and doesn’t speak English? Well, you’ve got yourself a bunch of fun-filled afternoons. Then add in the fact that you took away her son and that really makes for fun holidays.

French dating tips you need to know BEFORE you kiss >>

If your husband is not perfect at English, he’ll undoubtedly have questions about the English language or American culture. Take pride in providing him with the answers and explanations that will make you feel like you know your stuff. It helps to appear really confident while doing so.

When you marry a French guy, take opportunities to teach your man about your culture whenever you can, even if sometimes it’s a fib. Feel like making a weird recipe for dinner? Well, it’s an American tradition. Have an odd habit? Oh, all Americans do that. You don’t want to give me a nightly foot massage? Well, American men do that without us having to ask and it’s part of our culture. The answer to everything is always, “That’s how we do it in America,” so deal! 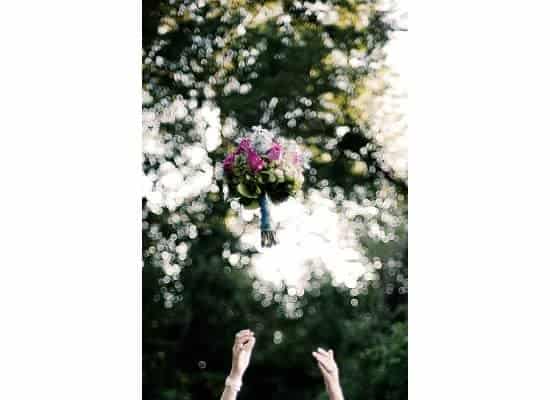 Every time my friends or family ask about my little croissant habit, I tell them I’m just being respectful of my husband’s French culture. Where appropriate, use this excuse when you’re taking daily afternoon siestas,  cutting in line or doing other things that may or may not be French. It’s only natural to show your guy and the rest of the world that you’re immersing yourself in his culture, so I say embrace away (even if you take it a bit far sometimes)!

Depending on where you’re living, you can turn a visit to see the family into an action packed vacation. And then make up excuses to go visit whenever your job has you down or you’re feeling stressed. And who doesn’t love a little jaunt overseas every now and again?

Because everyone likes a challenge

Challenges keep us growing as human beings and moving forward. From the language to the distance to the culture shock, marrying a French guy may come with some hurdles. But it’s worth it! What’s life without a challenge? 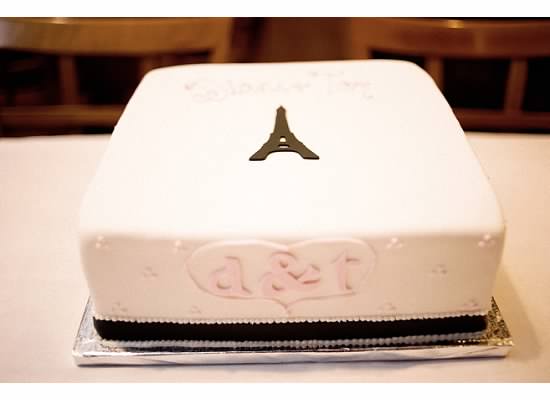 You learn what patience really is

From being asked the same questions by those who hear you’re American to letting your man stumble his way through a difficult sentence (circa 2009, damn you Tom for being so amazing at English), patience truly is a virtue and one that will make you a better wife — even if you don’t realize it at the time.

Marrying a French guy has its fair share of difficulties just like any relationship, and while it’s certainly different from marrying someone from your own culture, it’s a lot of fun as well.

So go on, marry a French guy! Are you married to someone from a different country? 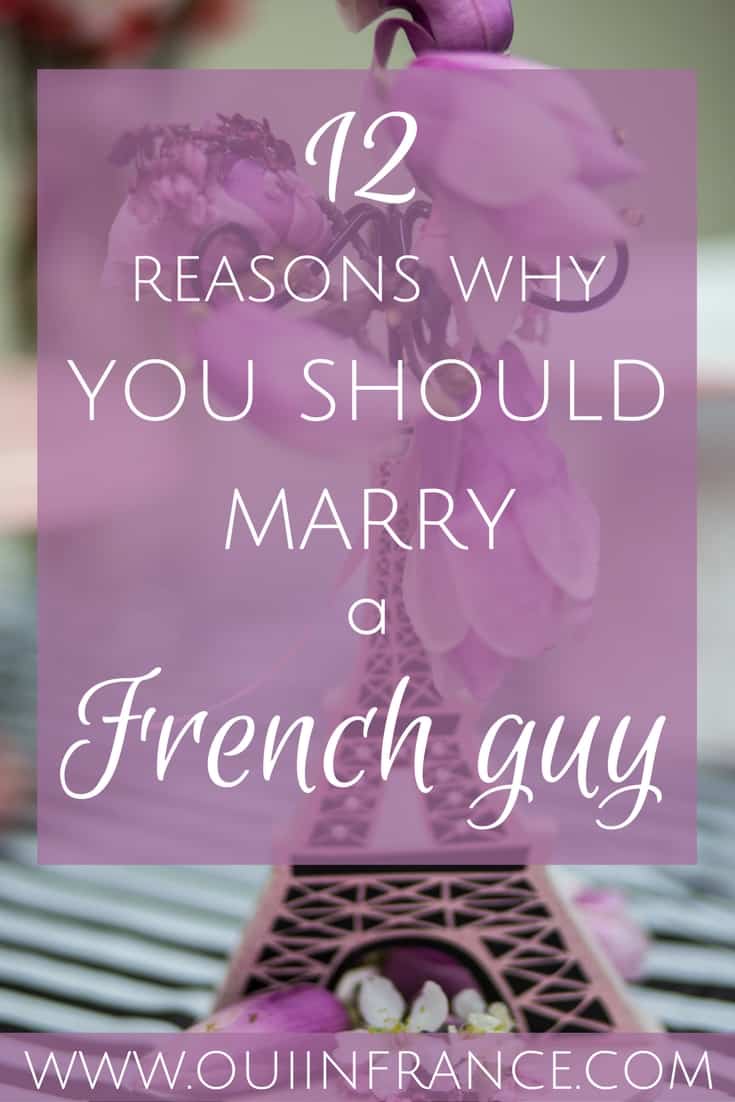 And if you’re still at the dating stage, here are some of my favorite books on the topic: