Tom is the only French guy I’ve ever dated, so I had it easy when it came to the whole French dating game. He’s really easy going, spoke a good level of English when we met and was familiar with American culture from TV and movies (and what did I know about French dating culture at the time? Not much!).

Our relationship developed from genuine friendship and wasn’t rushed or forced. But as time went on and we discovered more about dating customs in our respective countries, we felt lucky to have found each other and just let things work naturally.

The “rules” and differences between French and American dating culture are definitely there, but if you don’t know about them, you might end up hurt and confused or leave someone else feeling that way. So here’s a handy guide on some of the things you need to know about dating a French guy.

If you’ve found a keeper, want to test the waters, or are just curious about the signs a French man likes you read on…

Read on for what you need to know about dating a French guy and how to tell if a Frenchman likes you!

When Tom and I first started dating, I didn’t know any of these French dating rules and found them out after or through others who were dating French guys. Every relationship is different, though, so please don’t take my little guide below as the end all and be all of French dating.

To me, it seems that French guys are more direct without all the mind games. Dating isn’t really a game at all and is straightforward and uncomplicated. 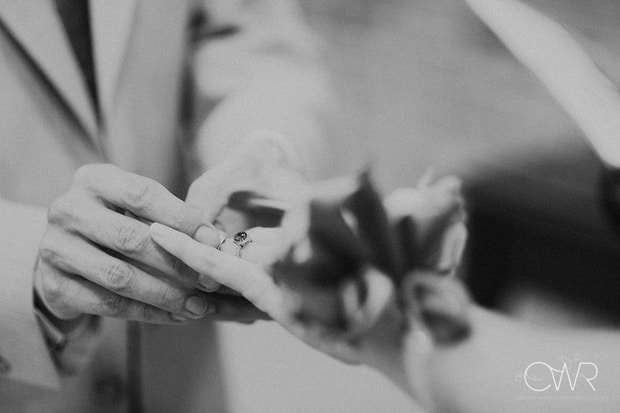 In general, when dating a French guy, be aware of the following. There are definitely signs a French man likes you but keep all of these things in mind too:

If you kiss him, consider yourself his girlfriend.

Want to know how to tell if a French man likes you? The answer is if he kisses you. Yes, it’s that simple. The concept of dating several guys in France kind of goes out the window once you seal the deal with a kiss. Now of course this depends on the context. If you’re out in a rowdy bar and everyone is just looking to have a good time and hook up, this rule might not apply.

But if you’ve gone out with a guy a few times and you haven’t kissed him yet, think things through before you plant one on him under the Eiffel Tower for fun. What might be an innocent kiss to you in the moment is probably much more to him. Kissing a French guy signifies that you’re serious and that you want to take your relationship to the next level.

In the French guy’s mind, that kiss means you want to be his girlfriend and be exclusive. To you, things might be more casual and you view him as just one of the guys you’re dating, but watch out. It would probably confuse him if he saw you with someone else a few days later.

The “talk” about exclusivity doesn’t seem all that common and the kiss pretty much says, “We are together.” My best advice is to talk to him about these dating cultural differences. There’s less room for misunderstandings if you put everything on the table.

Is he marriage material? Here’s why you should marry a French guy >>

If he asks you out and you say no, he’s going to ask again.

Persistence is the name of the game here. French guys are used to being turned down by French girls, who are known for playing hard to get. So if you’re asked out and say no and mean no, be prepared for him to ask you out a couple of more times.

This is part of the chase when it comes to dating a French guy. If you don’t want to be chased, just be polite and firm. And if you say yes the first time he asks, he might be surprised you actually said yes.

If he likes you, he will call. A lot.

Yes, it’s that simple. There’s no point in wondering how to tell if a French man likes you because if he does and wants to pursue a relationship with you, he will call and text. If he likes you, it means he’s going to keep in touch. And often. There are no calling rules or games here when dating a French guy.

If you go out on a Friday and he calls Saturday morning, don’t be alarmed. What you should be alarmed over is if you go out and he doesn’t call. Well not alarmed, but just take the hint.

If he’s not calling you or texting you, it’s not a game — he’s just not interested. Americans might find the French guy’s call frequency charming or maybe a tad overbearing if you’re not that into him. But at least you don’t have to wonder who is supposed to call who next. If he cares, he’ll call!

My advice on dating a French guy?

Just be honest and talk about your feelings. It might be uncomfortable but it’s a lot better than assuming something or letting him assume something which leaves one or both of you hurt and confused.

Have you dated a French guy or a guy from another country? What would you add to my list? Do you know the signs a French man likes you?

♥Take a look here at Expat Dating France, the site for English speakers in France (or those who would like to be).♥

Please note: The comments section has really exploded here and while I do my best to reply to your comments, I won’t be able to get to them all. My best dating advice for you is to be open and honest with the person you’re seeing regardless of one’s nationality.

Want to hear from a French guy? Check out my French husband’s column on my site where he answers your questions all things French in Ask Tom Tuesdays!