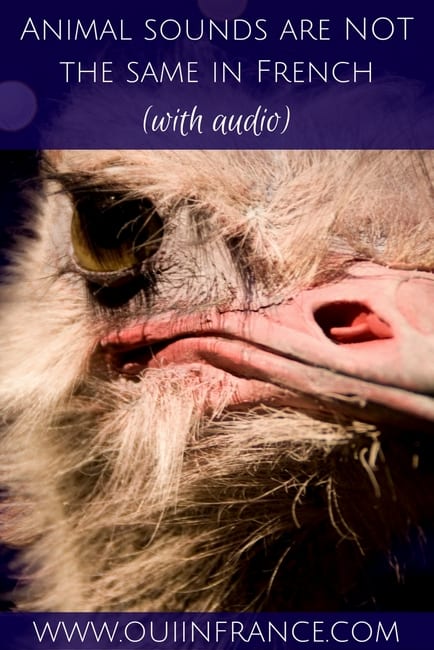 On vacation in Brittany last year, the neighbor’s roosters would cock-a-doodle-do at the crack of dawn, and one morning around 5 a.m., I learned that French animal sounds are not the same in English (makes sense since French is a different language and all). When I yelled out the window, “STOP COCK-A-DOODLE-DOO-ING AND LET ME SLEEP!!!!” Tom was like, “Cock-a-WHAT?” I said it was the noise that roosters made and he laughed and told me not in French!! So read on for this rooster-inspired post all about animal sounds in French and how they differ from English!

Go check out the French animal sounds {with audio}!

Some animal sounds in French are more or less the same in English (just spelled differently), like the dog, cat and cow, but the interpretation of others has provided lots of entertainment for me when I ask Tom to make a duck noise, frog noise, etc. (for the purpose of this post, of course).

By no means is this an all-inclusive list — it’s just a roundup of the animal sounds in French that I find the most entertaining. A big thanks goes out to Tom for recording the audio. 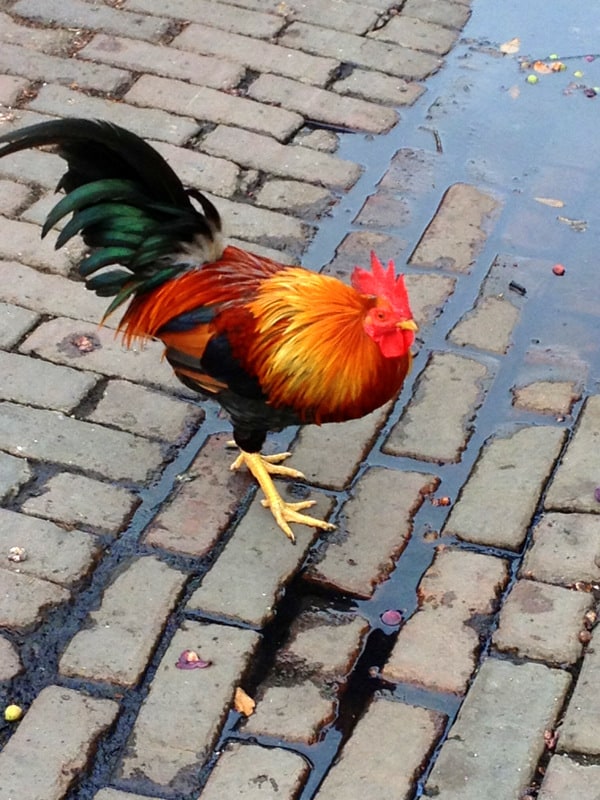 That’s my little friend from Key West above. He’s a beauty, isn’t he? Listen below to the French rooster sound.

Do any of these French animal sounds surprise you? What noises do animals make in your native language? 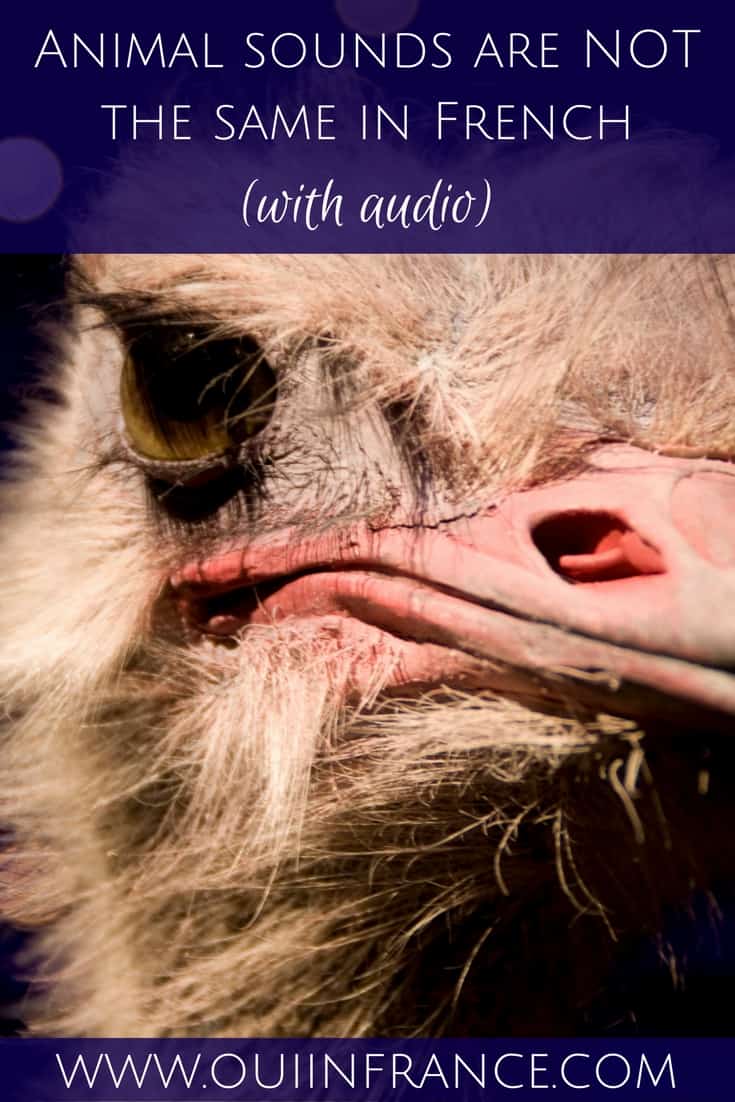