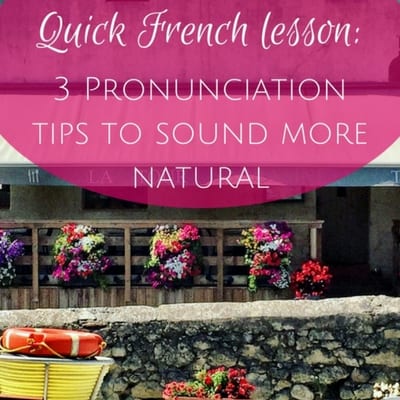 If you’re learning French, congrats! I know what a process it is! Maybe you’re at the point where you want to sound a little more natural. I’m sharing 3 of my pronunciation tips with you today… things I didn’t really know until Tom pointed them out.

I used to make a bunch of pronunciation mistakes (I’m sure I still do) and have come a long way. Sometimes you just don’t know that what you’re saying is wrong until someone tells you. I used to pronounce the “c” in tabac until Tom (my French husband in case you’re new here) finally realized after a year that I wasn’t joking around and realized I actually thought the “c” was pronounced. Oh man. For the record, it’s tah-bah.

The other day Tom told me that growing up, his English teachers in school never told him that in English you actually say the “h” in most words like hotel and hot and hi. His teachers never pronounced the “h” sound (so hi was eye and hot was ot, etc.). It was something he was never told and he had assumed that the”h” was pronounced like it is in French — silent. Not so! Little French pronunciation audio tips go a long way, so I’m sharing 3 that have helped me.

How long does it take to learn French? >>

I recorded an audio clip where I explain my tips. It was off the cuff  and unscripted but feel like audio is so helpful when learning about French pronunciation, so let me know if you like this sort of thing and maybe I’ll do more!

As I said in the recording, there’s no shame in having an accent so you do you, OK? Some people live in France for years and get by just fine with a heavy accent. To each his/her own! If you do want to improve your pronunciation for whatever reason, have a listen! I also mention that I’m not a teacher and my tips are purely anecdotal.

Tweak your French pronunciation with my 3 tips! Little changes make a big difference!Click To Tweet

Click the play button below for the French pronunciation audio (it’s just over 6 minutes long):

1. Work on your vowels

Jus and joue aren’t the same “u” sound. Here’s a YouTube video I made on the French “u”.

Keep them short and crisp!

Did you find my French pronunciation tips helpful?

Here’s a fun YouTube video with more on French pronunciation: 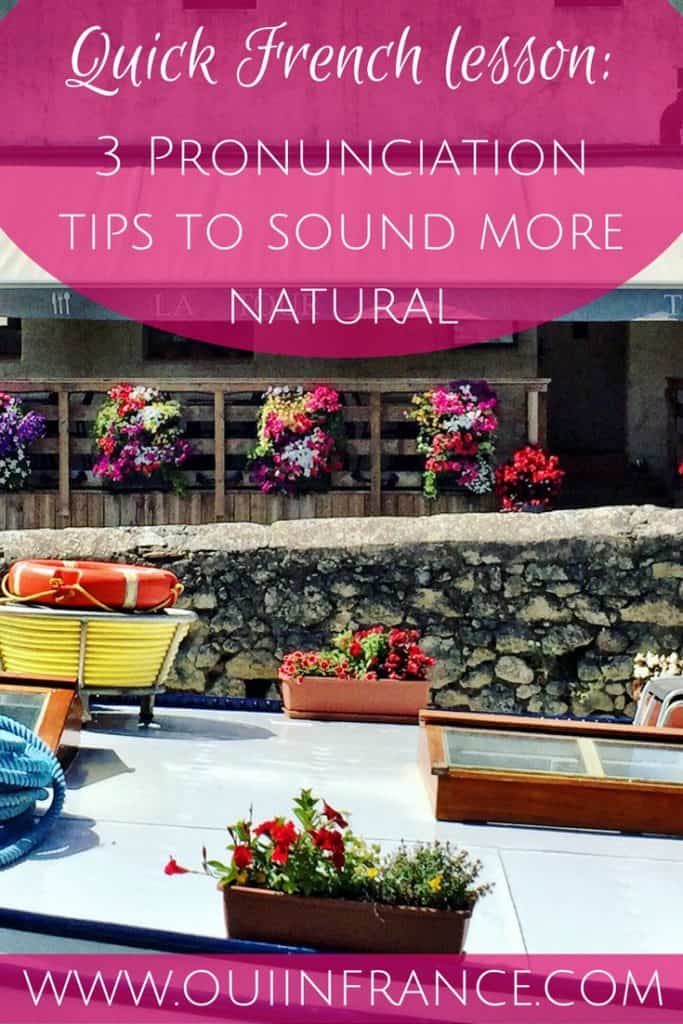 « On forgiveness
Behind the scenes of publishing a blog post »