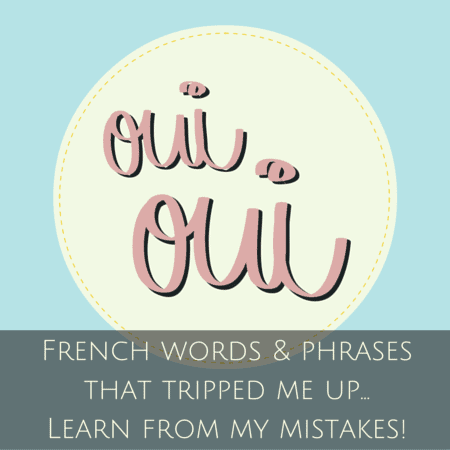 Sometimes when you’re learning a language, you focus on all the wrong things. Like maybe focusing too much on perfect pronunciation. Or trying to expand your vocabulary before you have the basics down. To get by in French, you need to have a decent vocabulary but you also need to be prepared to recognize some common questions and words you might hear when out and about. So instead of focusing on subjunctif conjugations and obscure words you’ll never use, perk up your ears and listen for these useful French phrases so you’re not lost. Learn from my mistakes!

The best way to learn a language is to just throw yourself into it and become immersed. It’s easier to do when you’re physically in France if you want to learn French, but by no means is it easy. (It’s even less easy when you decided to study Gaelic in college and not French.) Sometimes the things you learn in traditional language lessons just won’t cut it in the real world.

So today I’m giving you a list of useful French phrases and words that I wish I had learned before moving to France. Now I know what all of these mean and how to say them, but back during my first stint in France as a teaching assistant, I just stood there with a blank look on my face a tad perplexed. Maybe you’ll never use any of these yourself, but you’ll have to know what they mean and how to respond to them.

Here’s my list of useful French phrases I wish I had known sooner: 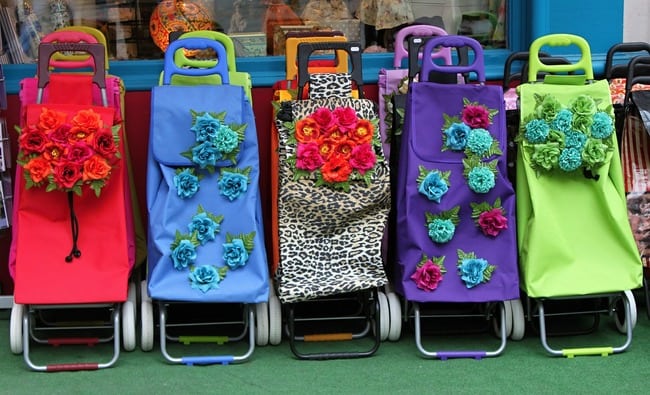 Did I find my what? My happiness? Uh, yes? I think? The last word would confuse me here. They’re asking if I’ve found my happiness? Huh? No, no, no. The first time I heard it, I was clueless and was thinking they were asking about my happiness since bonheur literally means happiness. This question is commonly heard in stores (are shopping trolleys like the ones above granny chic or what?) when the shopkeeper wants to ask you if you’ve found what you were looking for. So it simply means have you found what you’re looking for. For some reason, they always say it in Sephora. I guess I did find happiness in Sephora — isn’t that cute?

I never learned this one in high school French class and it’s one you’ll hear most commonly and quite often at the bakery. The first time I heard it, I thought the cashier was saying the name Stacy or something. So lost. It just means “with what else?” The cashier wants to know if you’d like any other items, so you can say non merci, ça sera tout if you’ve ordered everything already or if you would like something else, say oui and then tell him/her what else you’d like.

For the longest time, I’d pronounce the “c” at the end of tabac (shop where you buy tobacco products, magazines, etc.) and porc (pork). Tom thought I was doing it to be funny and never corrected me, but the truth is that I thought you really did pronounce the “c.” You do NOT! You say tabac kind of like tah-bah and no “c” sound in pork either, OK?

Huh? What does that mean? There’s no real English equivalent. Tutoyer is a verb that means to use the familiar form of “you,” which is tu in French (the formal “you” is vous, and you can learn the difference here). It means you know the person and you’re on a first-name basis with each other. I first heard this when a new acquaintance asked me, “Est-ce que je peux vous tutoyer ?” Well, DUH, yes. I’m American, and tu is always cool. And I felt much cooler after I’d learned this. There’s also vouvoyer, the verb that means to use vous with someone. 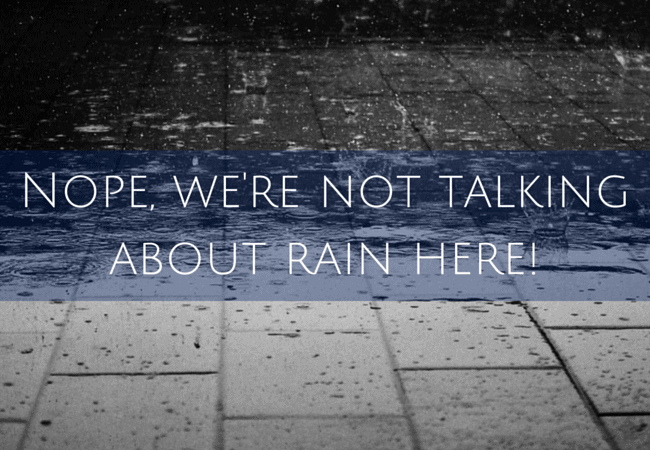 OK, I feel dumb admitting this, but up until about six months ago, plu meant one thing to me — “rained.” As in, Est-ce qu’il a plu hier ?” (did it rain last night?) Why yes it did! Plu is the past tense of pleuvoir, the verb to rain. So when the group fitness instructor at the gym asked me Est-ce ça t’a plu? I thought she was asking me if it rained. NOPE.

Plu is also the past tense of plaire, which means to please. So she was asking me if I liked the class last night. For me, it just seems easiest to ask if you liked something by saying Est-ce que tu as aimé ? Asking if something pleased you sounds kind of funny to me in English, kind of old fashioned and not really a modern way to ask something, but French is different and it’s totally normal to ask if something pleased someone using plaire, or the past tense plu. Learn it. Listen for it.

Do you have any French phrases you learned a little late? And I’m so curious to hear what’s tripped up my non-native English speakers! Tell me below!

New here? Welcome! I’ve put together a “Start Here” page that has some of my top posts. Click here!