When you start learning French, you’ll notice right away that the French use seemingly formal words to express casual sentiments. Are the French actually more formal? Not necessarily. Let me give you a few examples of this in French and how it carries over into English. 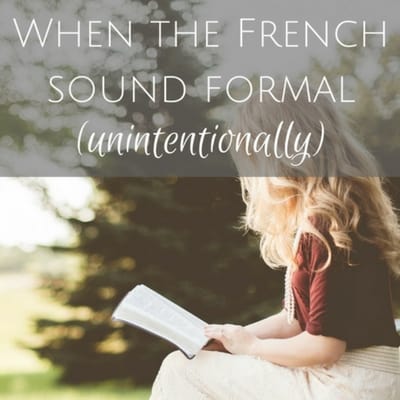 So what am I talking about? I’m referring to French words and phrases, that when translated into English, sound kind of formal/overly stuffy/pretentious. They are words that people commonly use in French that are just normal, but to our English ear, they sound like you’re trying to impress your high school English teacher. Or one-up someone with your fancy vocabulary. But the truth is, these formal-sounding words are not formal at all in French!

It’s when the French speaker literally translates the word and tries to use it the same way in English that the tone gets lost in translation.

The result can be overly formal or even come across as arrogant. This is most common when someone has a lower level of English and doesn’t know a more natural or casual word choice exists to say the same thing.

Let me give you some examples of when French can sound overly formal:

The first example I have for you has to do with the word “right.” In French, the word is droit. It’s what you say when you want to talk about human rights, civil rights, when someone has the right to an attorney, the right to do something, etc.

My first experience of hearing the word in French came from the mouth of our then 4-year-old niece when she scolded her brother over a toy. “Tu n’as pas le droit de le faire comme ça,” she shrieked. (“You don’t have the right to do it like that!”)

“Oh wow, what a precocious kid!” I thought. Her language choice was so… formal sounding.

Do little English-speaking kids worry themselves over rights? Not usually.

But what I didn’t realize until Tom told me later was that little Louise wasn’t talking about rights at all.

Yes, tu n’as pas le droit literally means you don’t have the right (so in a legal context would translate literally), but young children on the playground say this all the time and it means you are not allowed. As in, you can’t do something.

I always hear kids on the playground policing other kids and telling them they aren’t allowed to do this or that. Normal kid stuff. It’s just in French, droit sounds so… adult.

When French seems overly formal (unintentionally)... here are my examples!Click To Tweet

Let’s take the verb améliorer.  It’s very common in French to say something like je veux améliorer mon niveau d’anglais. Or anything. Your computer skills at work. Your level of fitness. Whatever. It’s a normal verb in French, just as normal as “improve” would be in English.

So when a French person says in French that they want to ameliorate their level of English in a casual conversation with friends, it’s perfectly understood but just sounds a bit unnecessarily sophisticated if they were to say the same thing in English.

You see how seemingly normal French word choices can come off in an unintended way in English? 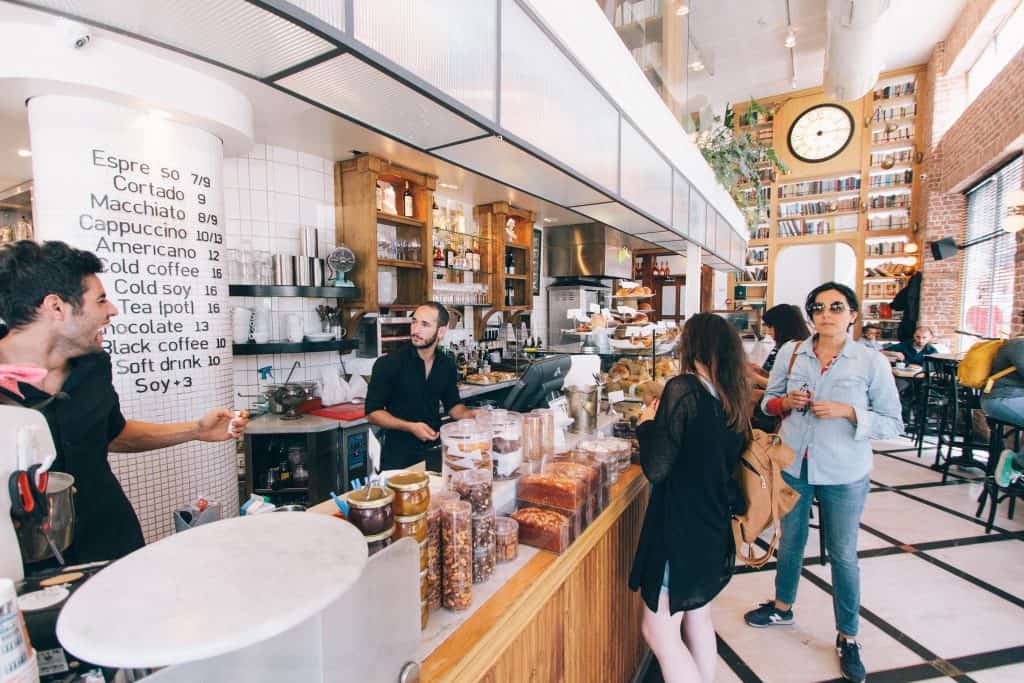 Another example of French sounding formal to an English-speaking ear is when people address others as madame or monsieur when we might think their first name or just an ambiguous hello (not hello, SIR) would suffice. Saying “Hi, mister/sir” may seem a little over the top, but it’s better to be too polite than than to be perceived as a rude foreigner who doesn’t know the rules.

In the US, if you say a cheery “hi sir” to a shopkeeper, he might think you’re trolling him and trying to be a smartass. But in France, totally normal. Sir and ma’am the heck out of everyone until they tell you to call them by their first name (this may never happen). It’s a sign of respect and shows you know the cultural norms — both positive things. And if a French person sirs or ma’ams you in France (even if you’re on the younger side), they aren’t being weird. It’s normal in France. Calling someone you don’t know by their first name is rude!

You’ll hear this in response to “how are you” and I love it. Sure beats ça va or très bien. The French say they’re impeccable, or impec for short. Yes, you can tell someone in English that you’re impeccable today but you might get a few strange looks — unless you’re an eccentric type who is into flowery speech. In France, there’s nothing strange or out of the ordinary about feeling impec. C’est normal!

Let’s take this phrase: La météo joue un rôle primordial en montagne. The weather forecast plays a vital role in the mountains. Yes, primordial exists in English but I think we’d just say something is essential or the most important. Primordial isn’t an everyday word in English and would sound kind of weird in casual speech. In French, primordial isn’t fancy or weird. It’s just a word to mean vital or essential.

Can you think of other examples where the French sound formal?

Tell me a word (or direct translation) that sounds overly formal or strange to our English-speaking ears. 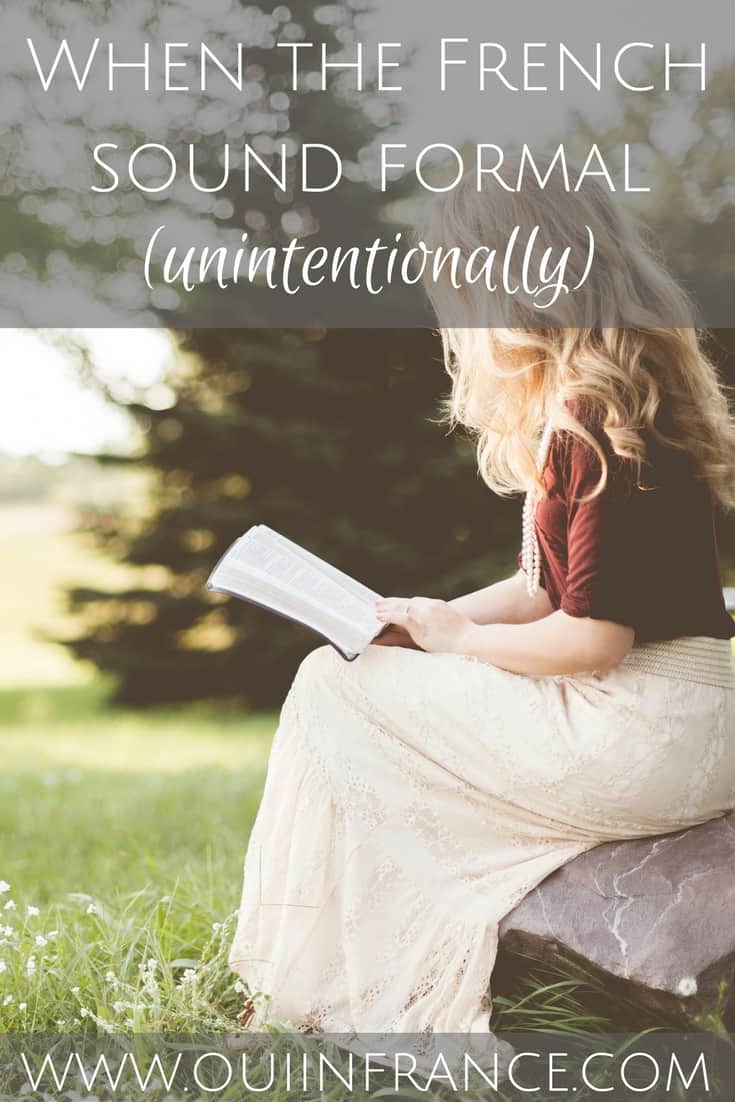 Quick French lesson: Words you can shorten to sound cool French accent in English: They sound great unless you say one of these words

« A book review: Pancakes in Paris by Craig Carlson
Quick French Lesson: Where is the Loire Valley and why can it be confusing? »