If you’ve spent any time with a French person, you’ve probably noticed their cool accent. Americans (maybe just me??) are suckers for a foreign accent and French accents are right up there at the top of my sexy list. Lucky for me, my husband is French and I love his accent (which has lessened over time, dammit). At the beginning though, sometimes he’d say a word and I’d cautiously have him repeat it hoping I didn’t hear right. Yes, sometimes that French accent is tricky to decipher. WHAT did he say??

Here are some gems you should have your French guy or gal say to hear a French accent in English.

If you’ve ever learned a foreign language, it has no doubt provided you with endless entertainment. Let’s take Tom, for example. I like to tease him sometimes when I’m jealous of his language skills. He’s 100 percent fluent in English and doesn’t have a heavy French accent at all. But when he had a lower level of English, or is tired or not really paying attention, sometimes he’ll let one of these beauties below slip through. And sometimes he’ll do it on purpose…. because he can.

The first vowel sound here can trip up many a French speaker. A French person I know who works in an English speaking country actually avoids the word focus entirely in business settings (for fear of saying “I want to focus hard on next week’s presentation.” or “I want to focus all the time on the customer” or “I wanted to focus last night…”).

I’ll let you figure that one out. With a French accent, account might sound a little, well, different. It’s uh-COW-nt. Don’t forget the cow!

Is he angry or hungry?

That “h” sound doesn’t come naturally to French speakers since it doesn’t exist in French. When speaking English, sometimes French speakers add it where there isn’t supposed to be an “h” at all. I’m hangry. Huh? Is he pissed off or just in a rush for dinner? Better to clarify.

Happiness is a penis?

Listen up when happiness is involved. The intonation makes all the difference on this one. The emphasis is on the first part of the word and not the last!

Squirrel is a tricky one.

Squirrel just isn’t an easy word to say. Even when I was a toddler, I had trouble saying this one and would just squeal and point in front of the window if a squirrel was in the backyard. Luckily, I’ve since learned how to say squirrel. Now the problem is the name Aurore. Just a nightmare to say for a non-native French speaker.

And if you had any doubts, this post about the French accent in English is all in good fun. I would love to hear some French people weigh in with fun words that Americans mispronounce in French! You know, to keep it even and all. 😉

And wow, this is my 200th post since I started Oui In France! 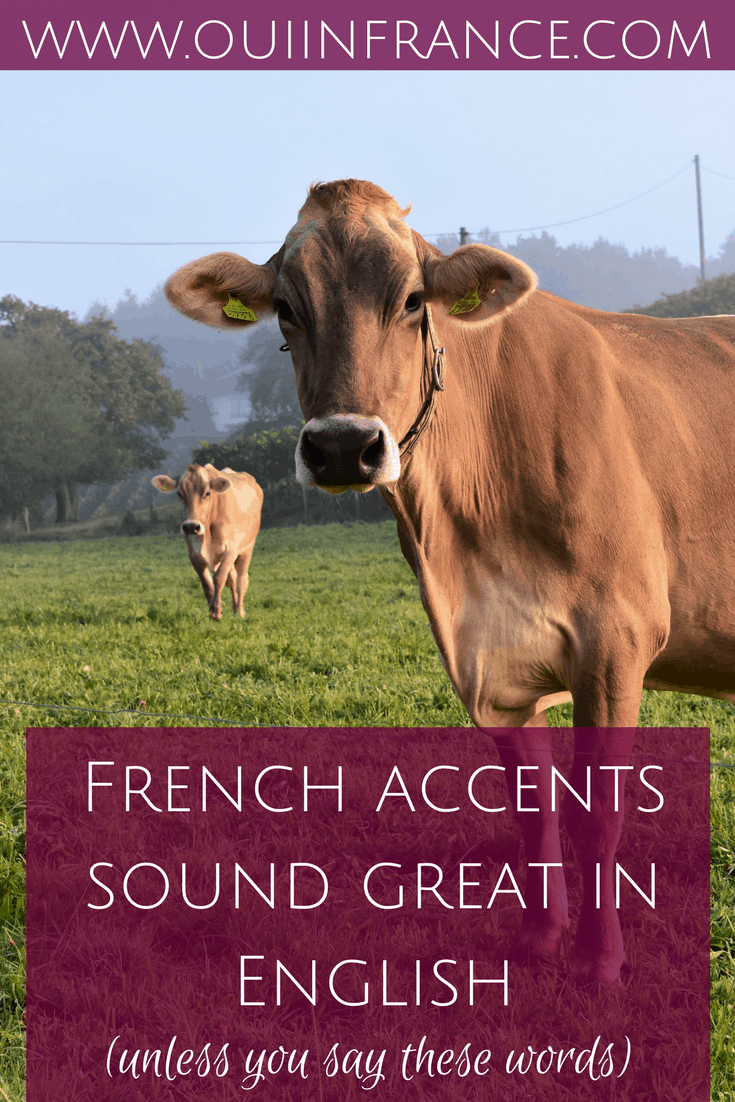 « New House WTF #3: That cloth trash can thing
10 Tips for not embarrassing yourself at the French farmers’ market »