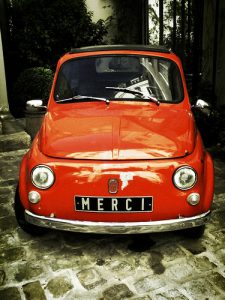 When visiting France, one of the first things you’ll notice after interacting with shopkeepers, cashiers and pretty much anyone is that you’ll be bombarded with hellos, thank yous, have a good days and goodbyes — so much so that I found this really comical in the beginning because of what a sharp contrast the politeness was to life in sometimes rude New York City. These days, la politesse Francaise is second nature and I rattle off “thanks, have a good day, bye bye, sir!” just like the rest of ’em.

Just how polite are the French?

Read on for my lesson on French politeness and how to be polite in France!

Common sense will get you quite far when it comes to politeness in France, but French culture isn’t always straightforward. There are some subtle differences in how to interact with the French and a few French etiquette rules.

But let’s start with what we know.

In New York, a typical interaction at my local Duane Reade would go like this:

(yea I know not all American cashiers are impolite. Just an example):

Here’s a normal exchange at the grocery store in France:

(Note that not all exchanges are exactly like this, but this is common. Of course they’re in French, but I did the translation so you get the idea)

Cashier (as I approach): Bonjour!
Me: Bonjour!
Cashier: That’ll be 9.34, please.
Me: OK, here you go.
Cashier: Thank you very much. Here’s your change.
Me: Thank you
Cashier: You’re welcome. But it’s me who thanks you. Have a good day! Bye!
Me: Thanks, you too! Bye bye.
— takes 5 seconds to gather up bags —
Cashier: (As I finally leave and step away) Thanks, bye!

You see the difference with the level of French politeness? I have to say that even the cheeriest, most polite retail employee in the US would rival just an average one in France. Sometimes all the greetings are laughable.

I mean “Thanks, bye, have a good day, have a good afternoon, thanks, bye” is too much. OK, I may have exaggerated a little there. But not much!

Another thing I find funny about French interactions is that people often say “Hello/good evening, sir” or “Thank you very much, ma’am.” Or “Thank you, sir.” I think if I said sir a few times to a cashier in New York, they’d think I was mocking them.

Even the panhandlers on the street in France are polite. Need an example? I was walking Dagny in our town center and two guys had a sign asking for coins for food. As I approached, one said “Excuse me, ma’am, could you spare some change so I can get something to eat?” I didn’t have my wallet on me and said sorry and he replied “Ok, thanks anyway. Have a good day, bye!” I almost fell over. And that’s not the first time this has happened! 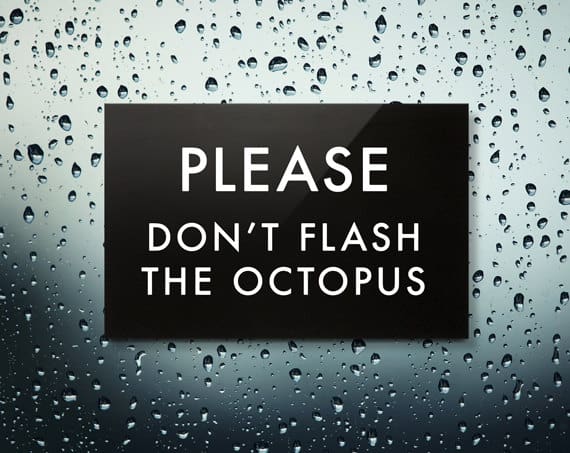 How to be polite in France — what to do:

How to be polite in France — what NOT to do:

Whether the level of French politeness is just a put-on or actually genuine, it doesn’t really matter because it’s cheery and welcoming and beats a sour, silent face any day. French etiquette norms seems to be genuine and a part of the French culture. What’s not to love?

I’ll be traveling to the US in June for my brother’s wedding (first trip home in almost two years!) and I will have to remind myself to scale it back and bite my tongue. A hello, thanks and bye is all that I need in New York  — and even then it might be too much. But hey, never hurts to err on the polite side, right?

What do you think about the level of French politeness? Have you learned French etiquette? 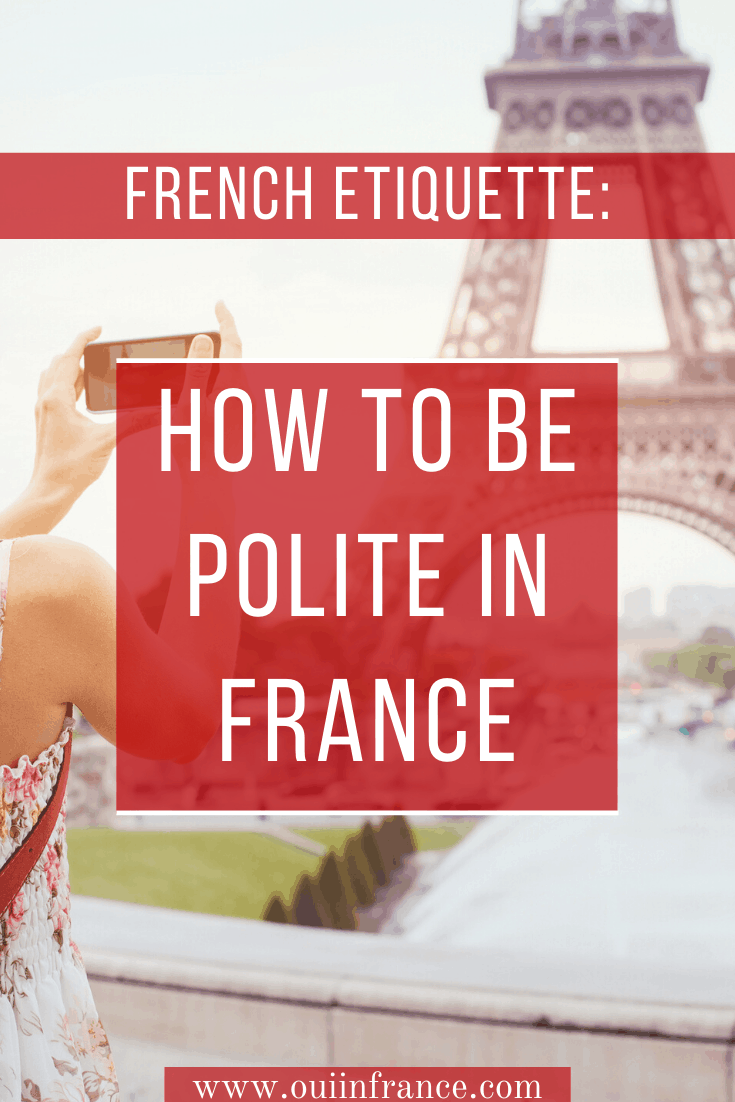