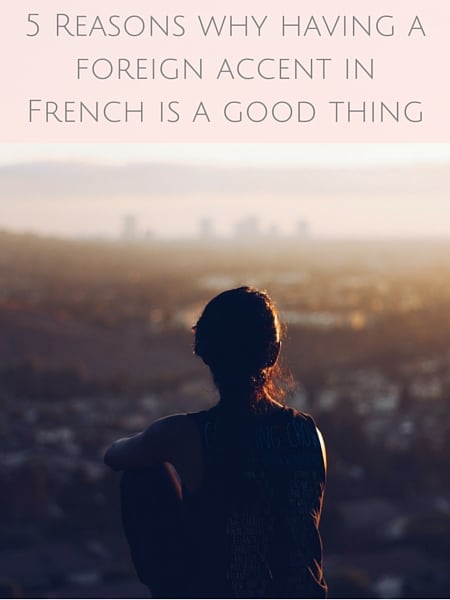 Being a foreigner has its stressful moments — some of which come from language difficulties. When you’re living in France, your whole experience in the country will be affected to some extent by how proficient you are in French. But even if you’re able to communicate with ease, you most likely still have an accent. After living in France for over four years now, I’ve learned that your accent is only an obstacle if you allow it to become one. Most of the time, having an accent in French is a good thing!

Most of us, no matter how hard we try, cannot erase our accent completely. From the intonation to the pronunciation to sentence structure, it’s a dead giveaway that we’re not French. While that can be a handicap some of the time, having an accent can actually be advantageous.

There is a distinction though that I’d like to point out upfront. There’s a difference between a foreigner who speaks pretty much like a native and just has an accent and someone with an accent who has a lower level in the language and makes a bunch of mistakes.

For me personally, I think sometimes I get too into my head and stress over my accent when really the accent isn’t the issue — the real issue is me being hard on myself about not being able to speak French like Tom (my French husband, if you’re new here) can. Few foreigners will go on to speak exactly like a native speaker, but we can try.

If I spoke perfect French but had an accent, mentally I’d be OK with that. But the fact that I don’t know every word, that I make mistakes, stumble, have to search for conjugations, etc. are all very real and frustrating issues that come with learning a new language. So if all those things aren’t discouraging enough, having an accent can seem like one more messy glop of icing on the already frosted cake. It’s too much! But don’t despair.

1. People will forgive your language mistakes

… and there will be many! French isn’t an easy language and anyone who has ever studied it will attest to that. It’s only natural to make mistakes! If from the minute you open your mouth (no matter how fluent you are) it’s clear you’re a foreigner, native speakers will be understanding of your grammar and pronunciation errors. But getting them to correct your mistakes is a different story.

OK, this tends to be the case in smaller towns like out where I live since everyone is French for the most part. If you’re the only person with a foreign accent, you’ll be easy to identify. Why is this good? You’ll feel a little bit like a VIP. 😉 Back when I was teaching English, all the kids in school cheerily yelled my name and waved every time I passed by them in the hall. They all wanted to get to know The American. I was a bit of a celebrity to them!

Flash forward to today, at the gym, pretty much everyone knows my name and nationality even if I’ve never spoken to them. When I call the pharmacy or order a pizza, I don’t even have to say who it is because they know from the minute I open my mouth. No, it’s not because of caller ID; it’s my accent!

3. People will know you speak another language

If you speak with an accent, it usually means that language is your 2nd (or 3rd or 4th!). Many times people will want to know more about your native tongue and in the case of English, maybe they’ll want to practice with you or even want to hire you for lessons! Speaking more than one language is something to be proud of and if you don’t understand something, it’s perfectly fine to say, “I’m sorry, French isn’t my first language!” 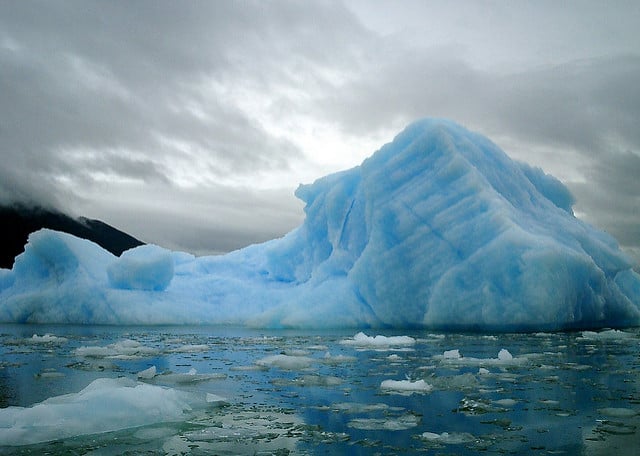 If you’re in a social situation, having an accent (I just wrote accident, which I guess would also be a great ice breaker) is a fabulous conversation starter because more often than not, people will ask where you’re originally from (note: French people do ask me this often but I feel like Americans ask foreigners this a lot more than the French do. Social difference, perhaps?). This has been the case at the doctor’s office, an interview, at the gym and even other dog owners Dagny and I bump into while in the park. People hear something different and are naturally curious. Let your accent start the conversation!

Will you be fluent in French after living in France for a year? >>

5. It makes you different. And that’s cool!

Being unique is most certainly a good thing. Whether it’s in the workplace or in your personal life, being different is cool and the French often share their positive impressions of the US once they learn I’m American. I feel like people are less likely to criticize the way you do things as well.

So if I make dinner for my in-laws and it’s not what they’re used to, they may write it off as me just doing something the American way. Or how I clean. Or exercise. Or my clothing choices. Or any other “weird” habit. They attribute it to me being American and how things are done in the US. That may or may not be true, but sometimes we get a pass for being different. The point is that we all come from different backgrounds and situations and can learn from each other if we open our eyes!

For anyone out there struggling with their accent, remember to hold your head high, make eye contact and speak with confidence. If you appear confident — even if you have to fake it — people’s impression of you will be more positive than if you’re speaking quietly and second-guessing yourself.

How has life been for you with an accent? 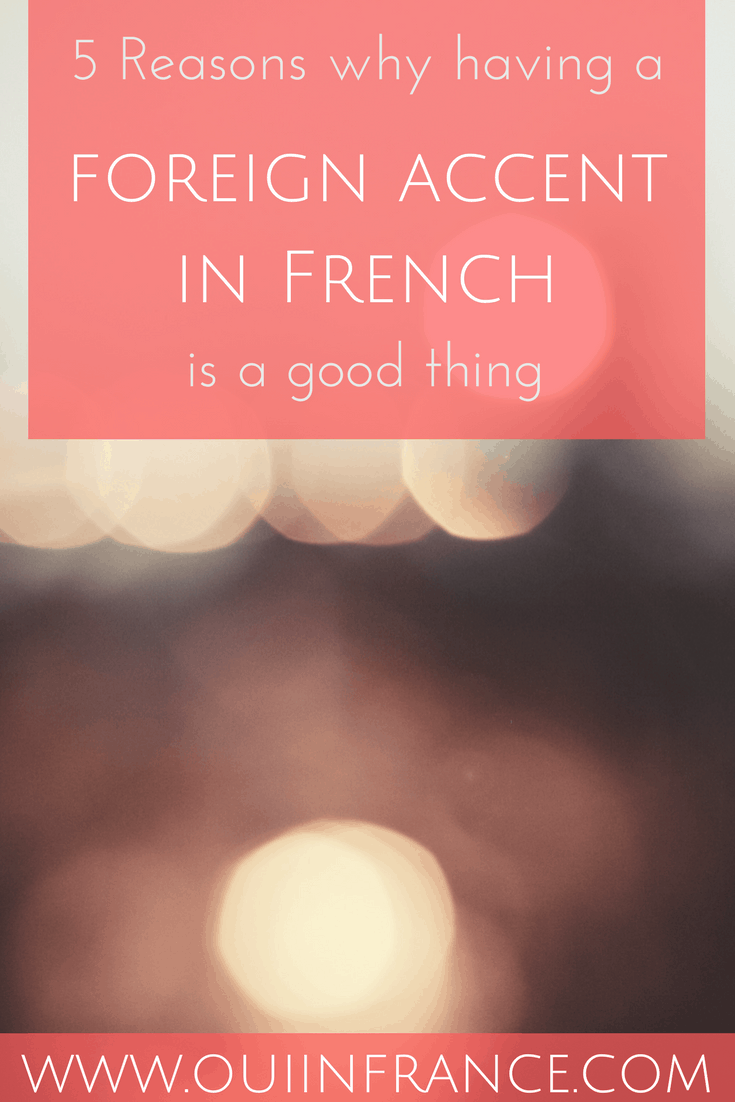 Photo credit for iceberg: VinceHuang via Foter.com / CC BY