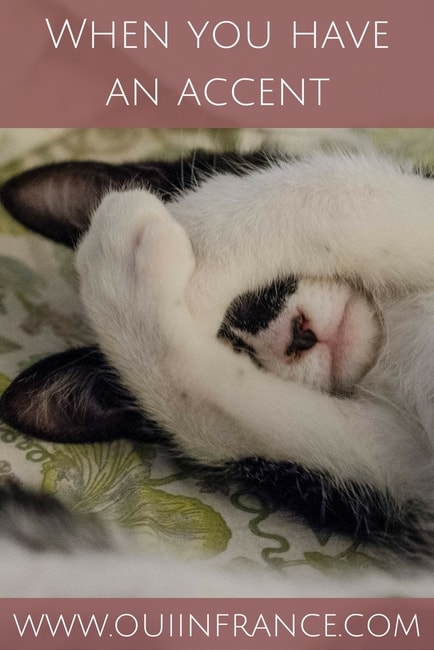 Accents are fascinating. As an American, I’ve always been intrigued by accents and my ears perk up whenever I hear someone speaking in a particularly cool one. In metropolitan areas like New York or Paris, though, an accent is a dime a dozen. From regional accents to foreign accents — ranging from perfectly fluent speakers to tourists just able to utter a few key phrases — accents of every shape and size can be found on just about every sidewalk. But where I live in France, my foreign accent stands out and people are often curious about where I’m from…

Accents can be sexy, exotic and often funny depending on who you’re talking to. They’re a sign that you’re from somewhere else and guaranteed conversation starters.

Out here far away from any major metropolitan area, a white woman with a non-native accent is a rarity. From outward appearances, no one would know I’m not French (unless I’m rocking my North Face fleece and flip flops to walk the dog). But when people hear me speak, they know I’m foreign and usually can’t put their finger on exactly where I’m from.

I pronounce most words properly and can say the French “r” without too much trouble, but it’s the intonation that gives me away every time (unless I’m blabbering like a fool about something complicated in tenses I haven’t mastered yet.).

English and French just aren’t the same and I find that the intonation is the hardest part of French to get right for a non-native speaker once you get past the pronunciation and grammar issues. But hey, as long as people understand you — accent and all — that’s already a step in the right direction.

When the French language makes you want to run and hide >> 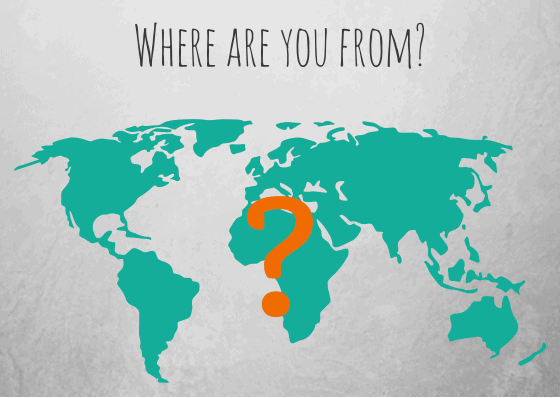 Lately, I’ve delighted in people’s guesses as to where I’m from. “Where are you from originally?” they ask. “China,” I say, totally straight faced.

Well, I’ve only done that twice  but they sure do look confused.

Now instead of answering the question, I ask them to guess where I’m from… my little game of “how good is my accent today” is always a fun time. And I actually like being asked where I’m from, although a New Yorker wouldn’t ask every person with an accent this very question. It would get tiring since accents are everywhere and New Yorkers are too cool to care anyway. I pretended to be when I lived there anyway!

Back to the story. The best scenario would be to pass as a native speaker, but since that’ll never happen since I was too old when I started learning French, I’ll take the next best thing — being mistaken for a nationality other than American.

The good part about having an accent >>

Now don’t get me wrong, I’m plenty proud of being American. I have no problem boasting about my country and how wonderful it is (while still seeing its shortcomings). The majority of French people find an American accent charming. But I don’t. Not for me anyway. I’m a drill sergeant on myself when it comes to this accent thing, so I take an extra gulp of pride when someone thinks I’m anything but American. It means all my pronunciation training in a little game called “Repeat after Tom” has paid off.

I was elated the other day when a woman I met thought I was Belgian. And her husband guessed German. That’s a popular one actually. And another guy thought I was Flemish a few months ago. I was beaming. Apparently my accent is not a dead giveaway that I’m an English speaker and I am proud of that. It’s the little things, guys.

Maybe I wouldn’t care if I was a tourist on vacation, a student just passing through for a year or two, or someone who had no intention of speaking French well, but I moved here to stay (at least for the foreseeable future) and am proud of how far I’ve come. French can be really frustrating!

Now, let’s discuss another thing about accents — when country folk ask you if you speak French after you’ve just spoken French.

What the heck is up with that question? Has it ever happened to you?

The first couple of times this happened, I was kind of baffled.

Let me break it down. On several occasions, I’ll be out walking Dagny (my main activity when I’ll find someone new to talk to) and we’ll meet another dog. While they’re sniffing, I make some small talk saying “Good girl” or comment on the other dog saying something like, “Oh, he has a nice coat.” Just something to break up the silence so we’re not just standing their staring at each other like fools.

I’ll say a few small phrases in perfectly good French. At this point, the owner usually has something to ask me either about Dagny or something else, but before they get to it, they’ll ask me in French if I speak French. I looked at this guy the other day completely mystified for a good five seconds before I replied, “Yes sir, of course. I just spoke French to your dog.” Do YOU speak French?? Of course. So do I.

I could understand if I hadn’t spoken at all and had a big “I am American” sign on my shirt, or spoke to the dog in English or made a ton of mistakes in French with my simple dog phrases, but come on dude, are you serious? I JUST SPOKE FRENCH.

In that instance, he was happy and proceeded to warn me of a loose pit bull who attacked his dog the other day and his little winter coat saved him. So I appreciated the warning and we went on our way. And it got me thinking about this. I just didn’t get it. In his defense, he didn’t mean anything by the question. I kind of took offense but he was legitimately asking me if I spoke his language. That question in similar circumstances has come up a few times.

So like with most things that confuse me here, I asked Tom what he thought.

Right away, he had the answer. He explained that people in our area aren’t super well-traveled and aren’t accustomed to hearing a non-African/Arab accent in French.

He had it all figured out and didn’t even have to think about it. In the case of the man above, it was a logical assumption for the guy to assume I didn’t speak French. He hasn’t encountered too many people like me. I get it. Makes perfect sense. I hope I changed his perception that a white woman with an accent is perfectly capable of speaking his language in his country. And now when he sees us coming, he says hi and chats awhile… 🙂

What about you? How’s life with an accent? 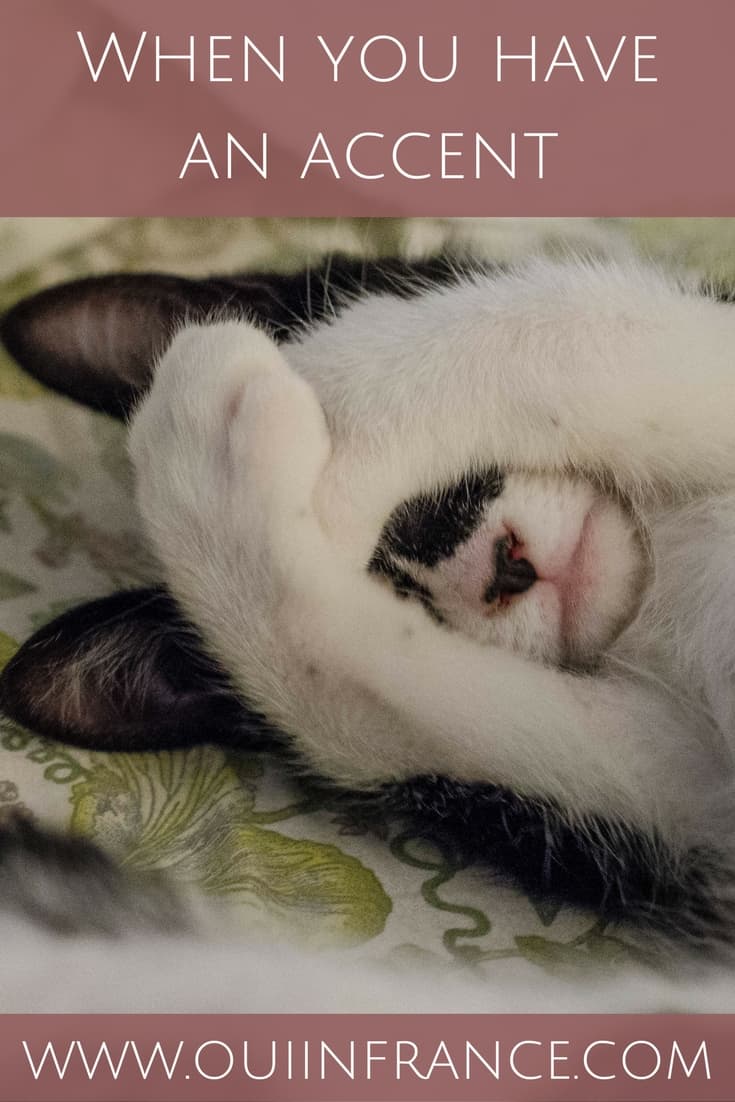 « Ask Tom Tuesdays: The best of both worlds – Part 2 – French healthcare
Oui In France was on French radio »