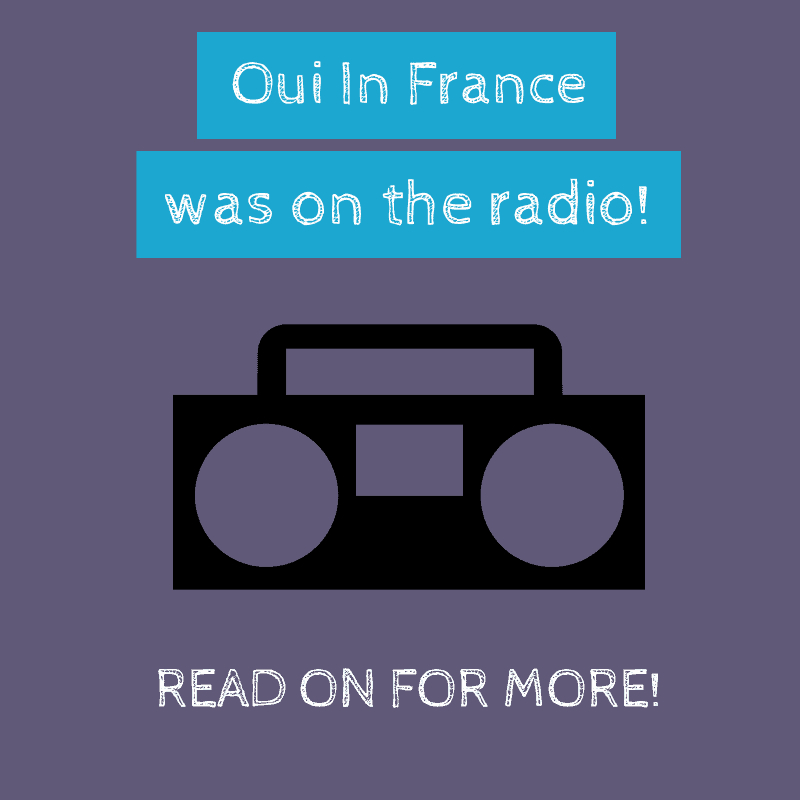 These are exciting times, my friends… (and OMG, it’s already Dec. 2???) Last week, a reader let me know that he found my blog after hearing about me on French radio. Say what?? Apparently my post about the strange noises French people make was the focus of the radio segment and I couldn’t be more thrilled about that!

Jean Zeid of France Info hosted a short segment about my blog post about strange French noises on their national program the other day at rush hour and I have to say that’s pretty frickin’ cool. I know I have people who read my blog regularly and am so thankful to all of you, but to be on a major French radio station? That’s awesome! So thanks again, Jean, for finding my blog and sharing my post (they even played some of the recordings!).

And about the post, I have to say that when I wrote it, I wasn’t sure how it would be received by the French (or anyone). The response has been overwhelmingly positive, though, and is one of the most popular posts on my site. Not only have the French people who’ve heard it thought it was hilarious, but they weren’t even aware that they were making the noises. I think I’ll absolutely have to write a Part 2.

So what else? I want to tell you, my readers, that I truly appreciate your support. Your emails, comments and shares make my day and I love hearing from you. Sometimes I never know if a post will be a hit or if what I’m saying will help any of you out there, so when you let me know by commenting and sharing, it really does remind me that all the time I spend on my blog is worth it. And you never know where that leads. 😉 Merci beaucoup!

Have a wonderful week!

« When you have an accent
How to look French: Part 2 »