If you’re a fan of travel blogs, you’ve probably seen a flood of Capture The Colour contest entries lately, and for those of you who have no idea what this is, let me explain.

Read more and see my Capture The Colour entry by clicking here!

Now through Aug. 29, TravelSupermarket.com is hosting a contest called Capture The Color where they invite bloggers from around the globe to write a blog post with five images that perfectly capture these five colors: Blue, Green, Yellow, White and Red.

The colors can be obvious or subtle; it’s up to you. So here we go with my entry for Capture The Colour… 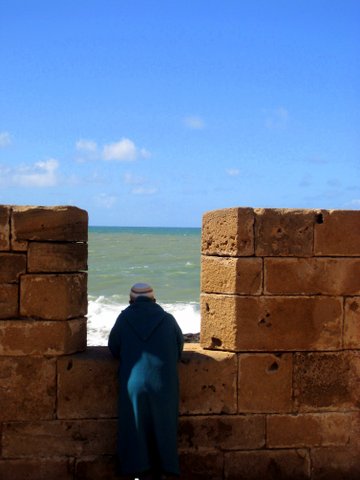 This photo was taken in Essaouira, Morocco and after realizing the man wasn’t leaving his post any time soon, I decided to check out the view from the vantage point next to his. We saw sparkling blue water for what seemed like miles that provided the perfect backdrop for thinking, praying or just taking in the day. 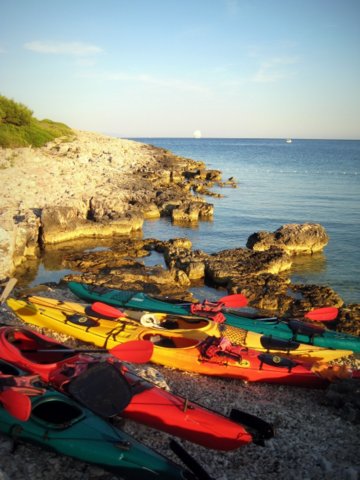 This shot was taken off the coast of Hvar, Croatia when we stopped for a swim after kayaking for a bit. The water is unspoiled and clear and the kayak tour was the highlight of our stay there. This picture of our green kayak makes me smile because the memories from that trip will never fade. 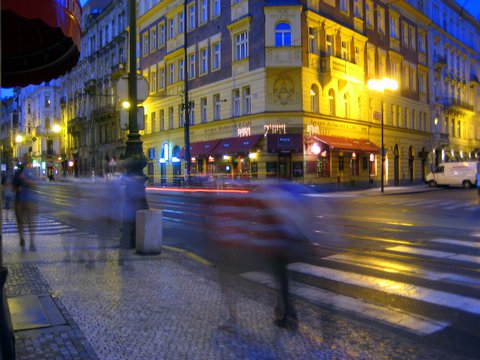 Prague, Czech Republic is a city that I wished I could have spent more time in. We spent less than a day here on our way to Croatia and this photo represents the fleeting nature of our trip. With cars and people whizzing by under the yellow toned street lights, I realized that we, too, were going to pass right on by. Until next time… 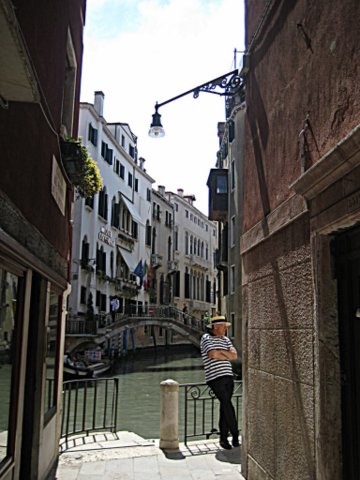 Venice is one of the neatest places I’ve ever visited and is full of little streets with private nooks and crannies. You think you’re alone until someone turns the corner to break the silence. This photo was snapped on a little street when I spied a gondolier with a traditional white and black shirt engaged in conversation with someone out of view. And just after taking the shot, he moved a few feet to his left and the street was once again serene. The white in the shirt is in stark contrast to the black and that’s how I feel about Venice when compared with everywhere else I’ve been. It’s a magical city and like nowhere else. 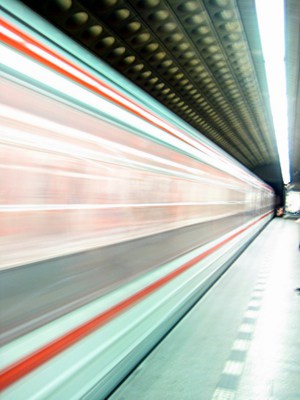 The Prague metro system provided ample photo ops for Tom and me and this pic representing red is one of my favorites. The walls looked like art as you waited for your train and the unfamiliar language and setting captivated our attention — until our train came anyway.

As part of the Capture The Colour contest, each blogger is asked to invite five others to participate:

Josie of HouseSittingTravel.com tagged me (thank you!) and I would like to nominate Alex in Wanderland, La Memoire Vive, My Melange, Leo Druker and Carolina Wahnish Rivera.

Full contest info is here at TravelSupermarket. Oh and did I mention there are prizes?

Good luck to everyone who entered!

April pics of the month: Spring tulips and a cafetiere

How living in France transformed my photography

South of France vacation pic of the day

« It’s our one year wedding anniversary! What I’ve learned about marriage
Top 12 reasons why you should marry a French guy »