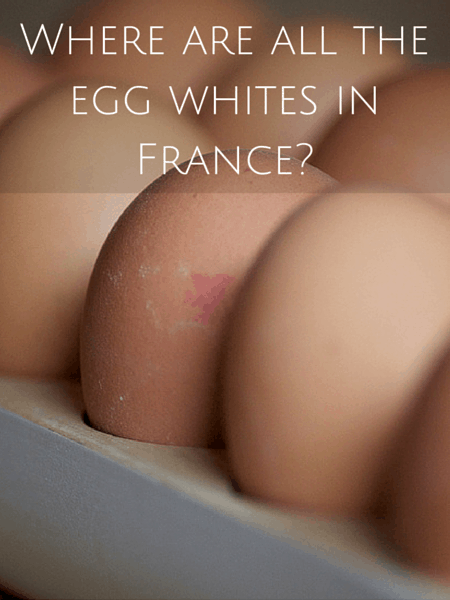 Not all countries have the same food products and when you move abroad, discovering all the new foods is part of the fun. But when you get used to something that’s seemingly normal at home and then can’t find it in your new home, it makes you appreciate that item even more when you are able to find it. Except I haven’t been able to find it anywhere. What am I talking about here? Egg whites in France. In the U.S., it’s very common to find a carton of egg whites next to the eggs… but in France? Not so. If you want egg whites, you need to crack the egg and separate the egg whites from the yolk because buying egg whites in a carton isn’t mainstream.

Why doesn’t France have liquid egg whites in a carton? GO!

Where to buy egg whites in France

Let me start out by saying egg yolks aren’t the devil. They contain your daily dose of vitamins A, D, E and K as well as plenty of other vitamins and minerals. I eat plenty of whole eggs, but sometimes you just want the added protein of the whites without the yolk. I dump two in my morning oatmeal for the protein boost and enjoy lighter omelets from time to time. Also, some recipes call for only the whites and if you don’t want to save the yolks for later, they often go in the trash.

In the US, lower calorie liquid egg products like Egg Beaters are commonplace next to the eggs and egg whites in the supermarket. But not in France. (and on that note, where’s the refrigerated coffee creamer??) 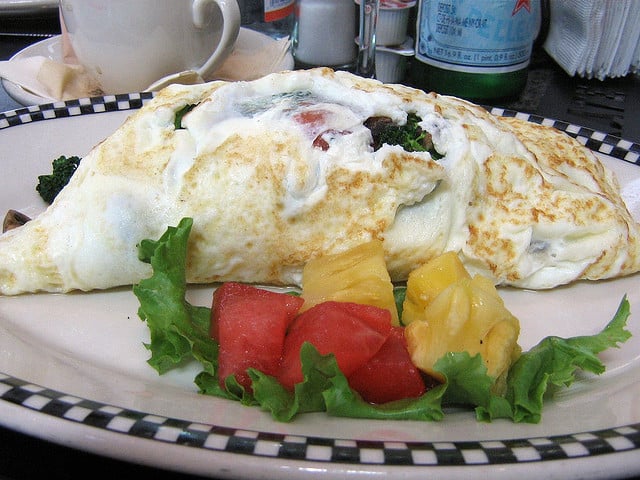 There are two simple solutions here. I can crack a regular egg and separate the whites from the yolks — although it seems wasteful to trash the yolks if you don’t need them. Or the other option is to just eat the whole egg. I do a bit of both. But once I’ve already eaten a fair number of eggs for the week (or am making a recipe that just calls for egg whites), sometimes a carton of liquid egg whites in the fridge would really come in handy. No matter where I look, specialty stores included, it doesn’t seem that liquid egg whites are available in France.

In the past couple of years, I’ve come across wholesalers who sell large cartons of just egg whites to bakeries and restaurants, but for home use, we don’t need several liters at a time. My go-to place for egg whites when I need them are some fitness retailers who sell protein bars and other fit-minded products. Body and Fit sells smaller bottles of egg whites.

8 Brands that need to come to France now >>

Convenient liquid egg whites in a carton would absolutely appeal to the French, so I don’t think it’s a cultural issue like say peanut butter-based desserts would be (the French are more into Nutella and speculoos spreads and aren’t super familiar with peanut butter and jelly sandwiches). That said, most French people would just eat the whole egg unless they’re on a special diet or are looking for extra protein without the cholesterol. Seeing egg white omelets on menus here isn’t common at all so it’s no wonder egg whites aren’t available in French supermarkets. But I do think lighter quiches made with fewer yolks would be a hit.

For now, I guess the French just discard the yolks or save them for something else if they are looking to only use the egg whites. And that seems to be working for them. For me, some liquid egg whites would be a welcome addition to the refrigerated food aisle at the supermarket! Until then, I’ll keep separating my eggs. 😉

Are you able to buy egg whites where you live?

Where to buy American food in France

Quest Bars in Europe: Where to buy your fix

« How living in France has changed my life for the better
Before & after our canal trip: Quick stops in Carcassonne & Saint Emilion (PHOTOS) »