Do you think you know everything there is to know about Paris? I bet you don’t know all of these facts about France’s capital city. Maybe you’ll learn something in this guest post from the always entertaining Oliver Gee. He’s the voice behind The Earful Tower podcast all about the City of Light and I’m so happy to have him on the blog today! Take it away, Oliver, and tell us the 10 facts about Paris we definitely don’t know. 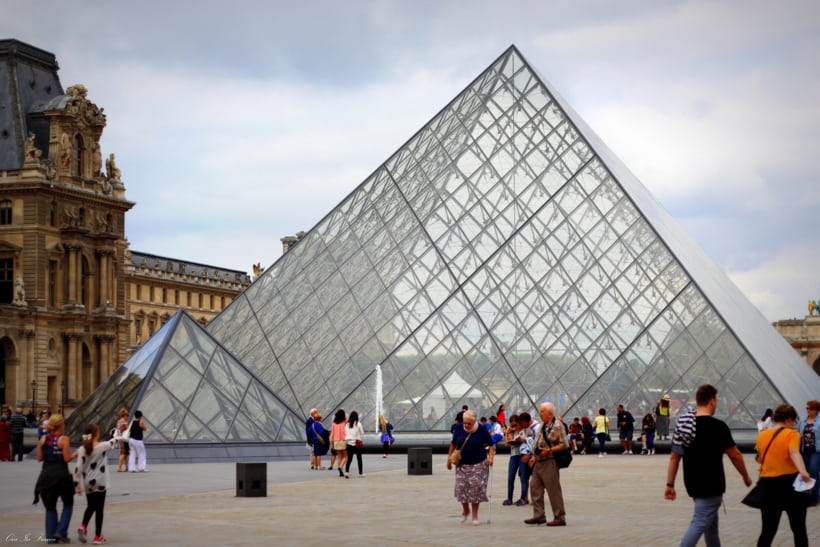 Paris is a mystical, magical, maddening city, and I’ve been working on figuring it out on my podcast, The Earful Tower.

Each week, I get a different guest in (from mayors to musicians, comedians to cooks, teachers to tour guides… ) and we discuss the City of Light and their take on it.

Thanks to a year’s worth of tips from these experts (plus with a bit of investigation of my own), I’ve come up with 10 facts about Paris you definitely don’t know — an exclusive for Oui in France because I like her blog and FB page.

Anyway, on with the list of facts about Paris you don’t know: 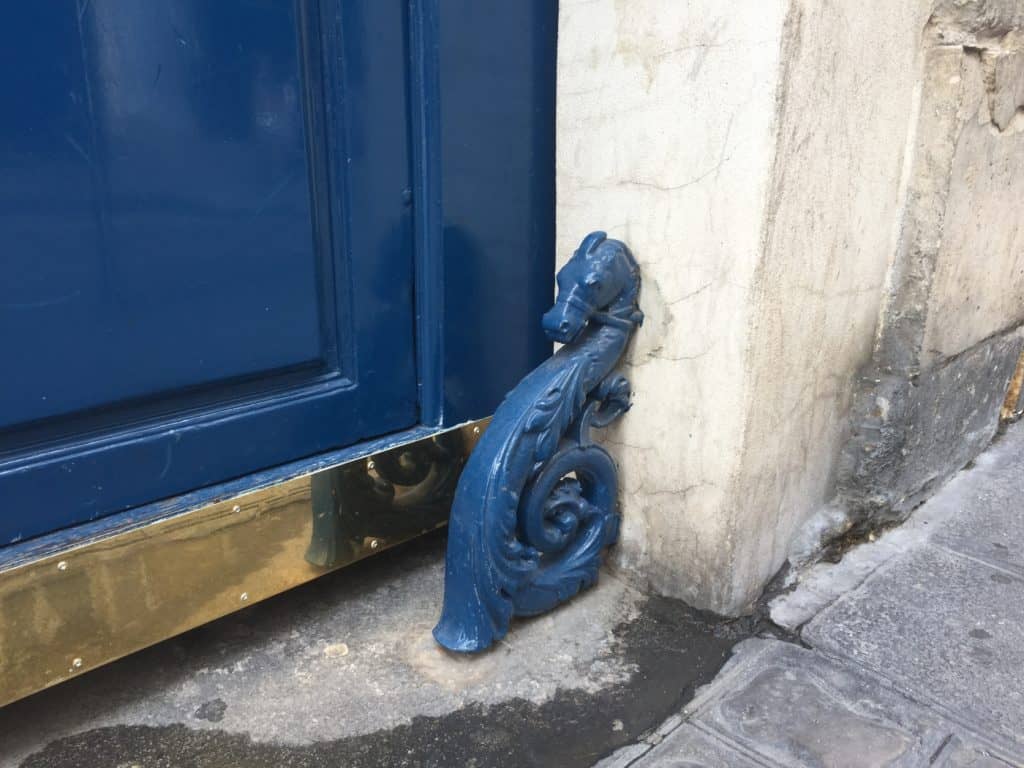 1. The city is full of amazing “wheel chasers”

Even if you’ve spent a lot of time in Paris, there’s a big chance you’ve never noticed the abundance of chasse-roues, which literally translates as “wheel chasers”. These iron, metal, and stone things — sometimes wildly ornate — were put in place to stop wagon wheels from damaging the walls as vehicles entered the city’s courtyards.

Yes, you will find flowers on the tombstone of France’s favorite singer Serge Gainsbourg. But his grave, which is at the Montparnasse cemetery, is also covered with old metro tickets. I was baffled to see it. So why do they do it? Because old Serge once sang a song about being a ticket collector on the Paris Métro. Here’s the song with English text.

3. There’s a massive Roman arena on the Left Bank and no one knows about it

One of my favorite Paris secrets is this enormous arena — the Arenes de Lutece — and so many Parisians have never heard of it. It’s kinda tucked away in the 5th arrondissement. And before you say, “Well, that’s no Colosseum,” don’t forget that this place once had a capacity of 15,000 and also held gladiator battles.

4. There is precisely one baguette vending machine in Paris

If you head to Rue Paul-Barruel in the 15th arrondissement, you will find the only street in town with a baguette vending machine. The bread is partially cooked before it’s put in the machine. You stick one euro in the coin slot and you get a warm, freshly-cooked baguette.

What the heck is a space invader mosaic? Well, it’s a street art phenomenon that’s swept up a bunch of rabid fans who eagerly wander the streets of Paris hoping to find them all. They’re tiled images based on pixellated characters from the ’70s and ’80s arcade game Space Invader. Wanna know more? Check out our episode from Monday.

6. You can see The Thinker’s backside

Well, his arse. Or ass. Or bum. Or butt. Whatever you want to call it, you can see it if you know where to look from. And that is from the Boulevard des Invalides in the 7th arrondissement. There’s a spot where you can look through a fence at the Rodin Museum and see one of the world’s most famous statues, from behind. Something to think about. 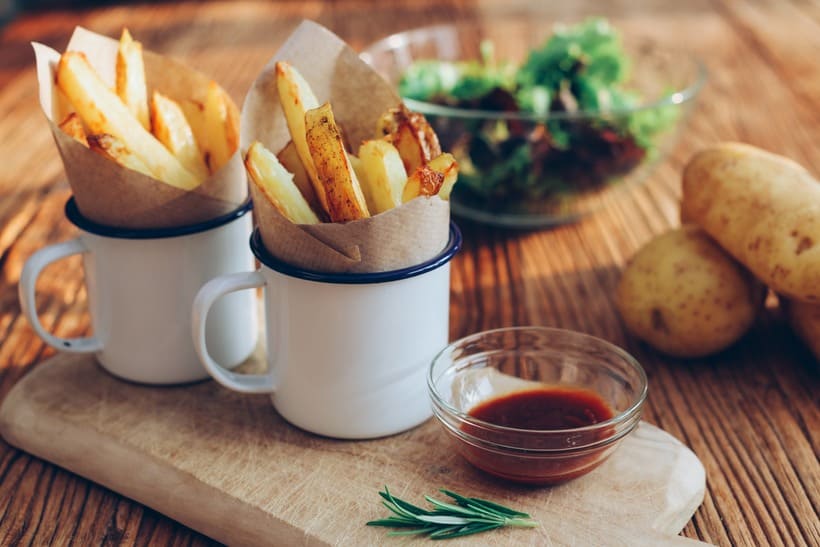 We once did an episode on how to survive Paris on a very, very small budget, and our guest, a struggling writer, came loaded with tips. One of them was to go to bars that serve free plates of potato wedges — huge plates full of wedges — and they’re totally free if you buy a drink or two. One of these bars, for example, is Au Cadran de Faubourg in the 10th arrondissement. Paris can be cheaper than you might think.

8. You can find the remnants of a guillotine, but you’d never know it

Yes, a guillotine that chopped the heads off of more than 200 people in the late 1800s can still be found in the 11th arrondissement. Well, admittedly there’s not much of it left now, but you can see the traces. And I had a paranormal experience there.

9. A fisherman caught a piranha in the Canal Saint-Martin

This hasn’t made it to the podcast yet, but it will. I play basketball with a fisherman every Monday and he recently told me that he caught a living piranha in the Canal Saint Martin, which people actually swim in (sometimes). But that’s nothing…

10. There may be two crocodiles living in the same canal

An old lady revealed on the show once that she released two crocodiles into the popular Canal Saint-Martin (when they were just babies). This was about a year ago, and a marine biologist reckons they may still be alive today… and up to 100 kg in weight EACH. Be careful where you dip your toes.

Did anything surprise you on this facts about Paris list?

Thanks again to Oliver for the fun guest post. Be sure to check out The Earful Tower podcast (and FB page). You won’t be disappointed!

P.S. In case you missed it, I started doing Facebook Live last month. Here’s why. 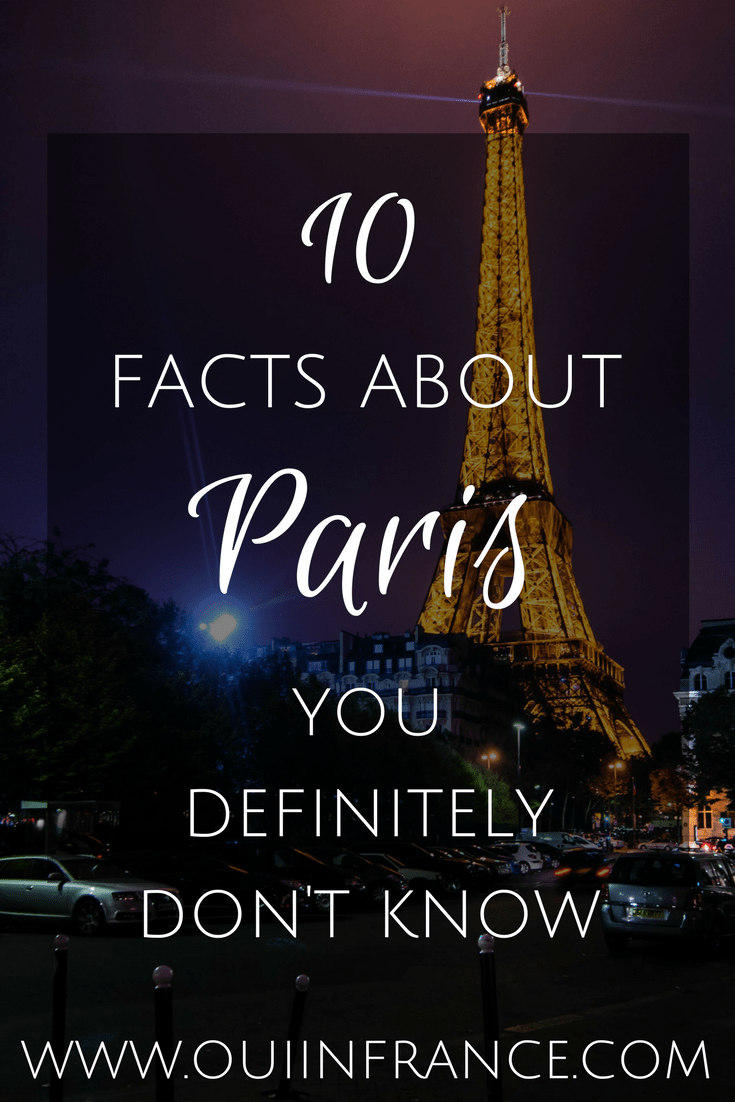 « Medical nudity, naked at the doctor in France? Strip down!
Expedia cancelled my hotel reservation: Here’s what they could have done better »