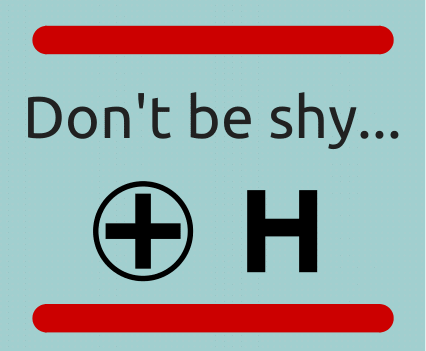 Americans are often shocked when visiting a doctor in France and discovering how little privacy one has when it comes to disrobing. I used to be one of these Americans shocked by the medical nudity in France, but now I know better — although that didn’t stop me from embarrassing myself last week at the physical therapist. Is it normal to be naked at the doctor?

Read on for being naked in front of doctors in France!

Medical nudity: Naked at the doctor in France? 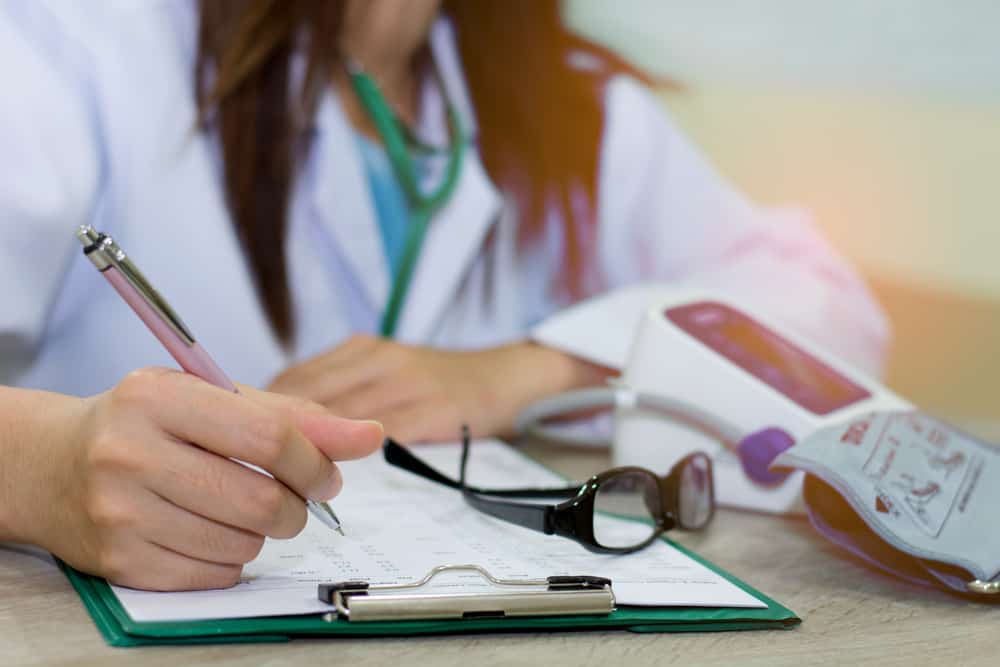 Last Thursday was a normal day. I had a 3:15 p.m. appointment at the physical therapist for a persistent knot in my back along with a few other issues (it’s totally cheap to go, so why not) and learned right away that it’s best to wear a loose shirt that gives him easy access to my back if I don’t want to strip down up top.

But before we get to today’s little embarrassment (for me, not him) about medical nudity, I have to take you back to my first chest X-ray in France where I got my first taste of how things are done at the doctor in France.

You see, upon arriving in France, all newbies have to have a medical examination including a chest X-ray to check for TB before being issued a permanent residency card. In the U.S., a simple X-ray would involve going into a room with a tech, being told to take off your top when the tech is out of the room and changing into a gown. Then the tech would come back and knock to see if you’re ready. And then escort you to an empty room wherever the X-ray is being taken.

But not so in France. Naked in front of the doctor seems to be the norm.

I was escorted to a room, told to disrobe right in front of her and then told again to remove my bra as well with her standing right there. I wasn’t given a gown or anything to cover up with. Nude medical exams are the norm here. The doctor wasn’t ogling me or anything but there was no privacy.

Then I followed her to the X-ray machine which involved a short walk parading topless in front of her male colleagues who were luckily too busy to notice the prude American shuffling along with her hands over her chest.

Read this post for my experience at the French gynecologist >> 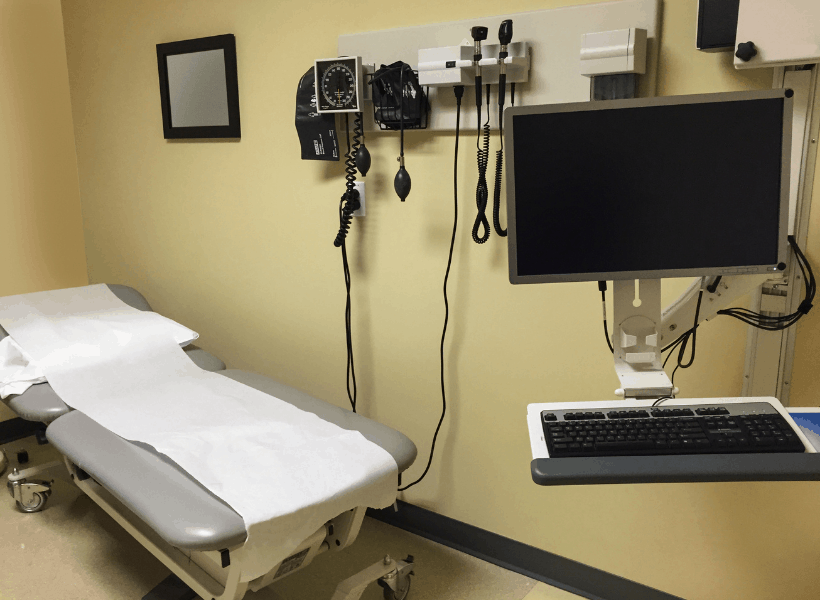 I learned right away how easy-breezy an X-ray is. And for the record, at the gynecologist, you get completely naked right in front of the doctor, don’t get a gown to put on and do not get a sheet to cover your private area during the examination. I guess the French are used to being naked at the doctor, but I’m not. A nude medical exam isn’t a bad thing per se, but the medical nudity comfort level here is a cultural difference I’m not really digging.

And even at my regular doctor (who is pretty young and someone I embarrass myself often in front of, but we’re cool now, it’s OK. I think.) before getting a referral to the physical therapist, he had to examine my back. He asked me to take off my top and I wasn’t sure if he meant my bra too so I asked. And he chuckled and just said sit down and he rolled up my tank top instead. I didn’t want to appear too forward by getting too naked at the doctor or look like a big American prude by sitting there in my bra. 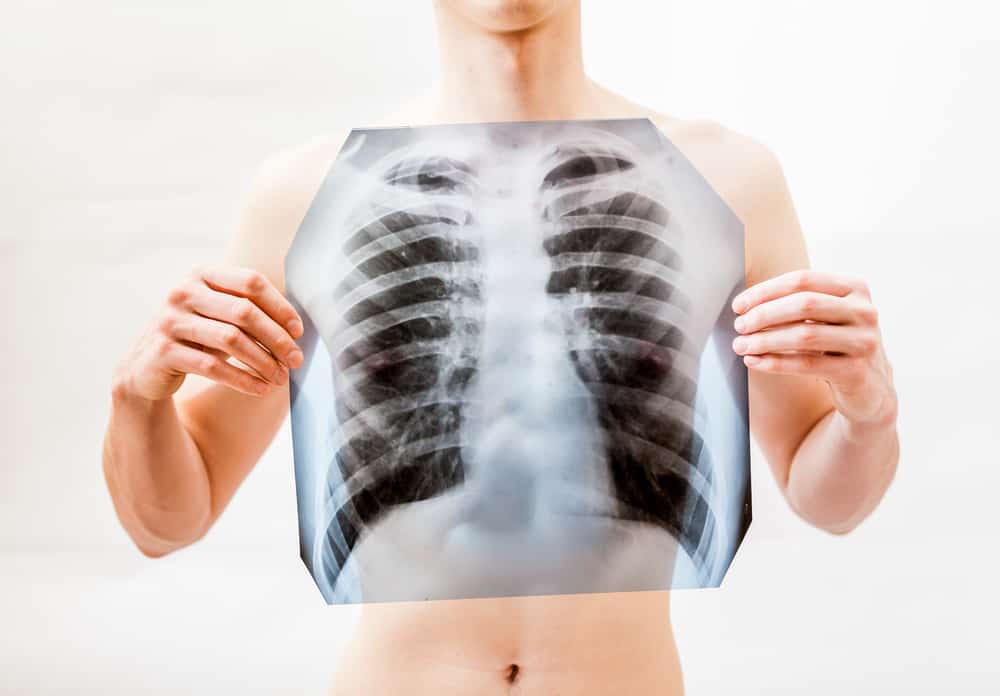 What was I supposed to do in that situation? See how you start to overthink these things? OK anyway, back to today’s story…

I arrive at the physical therapist’s office, which is part of his home converted to an office, ready for my sauna session which is supposed to loosen up my muscles. The private 1-person sauna is in an adjoining room that is sectioned off from his office via a door. In the sauna room, there’s a sliding cloth partition where you can change and get into the sauna area (note: sauna area itself has a clear porthole window you can see through from the outside).

He shows me how to work the controls and tells me I might as well go in naked since I have pants and a sweater on and I can’t go in with my winter clothes on. Luckily I had my sports bra that I kept on but decided to head in sans underwear. The sauna area is perfectly private and I had a towel to lie down on so it was sanitary and cleaned after each client.

Everything went well and when my time was up, I expected a beep or something to signal to me that it was time to leisurely get dressed and meet the therapist on the other side of the partition. But no. I hear a knock at the sauna door (my side of the partitioned area) five minutes before the buzzer and see his face looking in through the porthole window to see how I made out.

I wasn’t dressed yet because I didn’t know the session was over! Talk about an embarrassing naked medical moment!

I didn’t have my glasses on but jumped up so fast I hit my head on the top of the sauna. He must have thought I was nuts, but usually a closed partition means do not enter — especially when the buzzer hadn’t gone off yet!

He knew I wasn’t clothed! Then he proceeds to stand there with his appointment book scheduling our session for next week as I rush to pull on my pants and socks.

The physical therapist is professional and has never done anything to make me question his judgment, but I’d be lying if I said I wasn’t a little shocked he barged right in on me.

The norms in France never cease to amaze me especially with all this medical nudity stuff because it’s new to me. Up until this point, I thought an embarrassing skin exam back in the US would have topped my list of embarrassing doctor exams. I guess I’ve learned my lesson for next time. 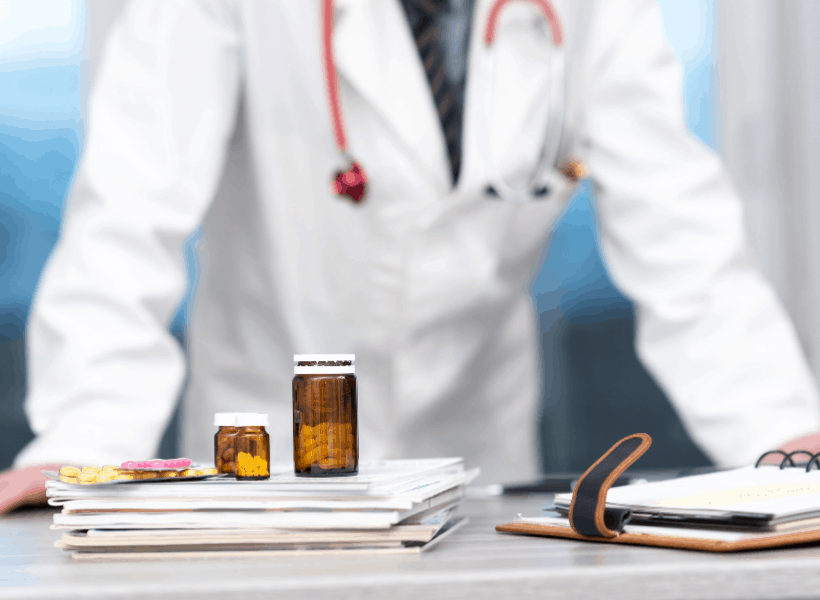 Now to set the record straight on being naked at the doctor, I don’t have any problems with nudity. I’m not religious and I’m not put off by nudity in the least, but when you’re at the doctor’s office and already feeling vulnerable, alone, with a male doctor who is older than you in a position of power, maybe it wouldn’t kill anyone to let the patient hang on to some of their dignity via a gown, or get undressed in private or even a simple knock before entering. Just a suggestion on how patients might be more comfortable if they’re required to be naked in front of the doctor.

Chalking this one up to cultural differences. At this point, it’s a cultural difference that I don’t think I’ll ever get used to, but as long as I’m living in France, I’d better learn! Here, it’s quite common to have a naked medical exam.

Have you ever had an embarrassing physical experience like this? Does being naked at the doctor make you uncomfortable?

Here’s more on going to the doctor in France >> 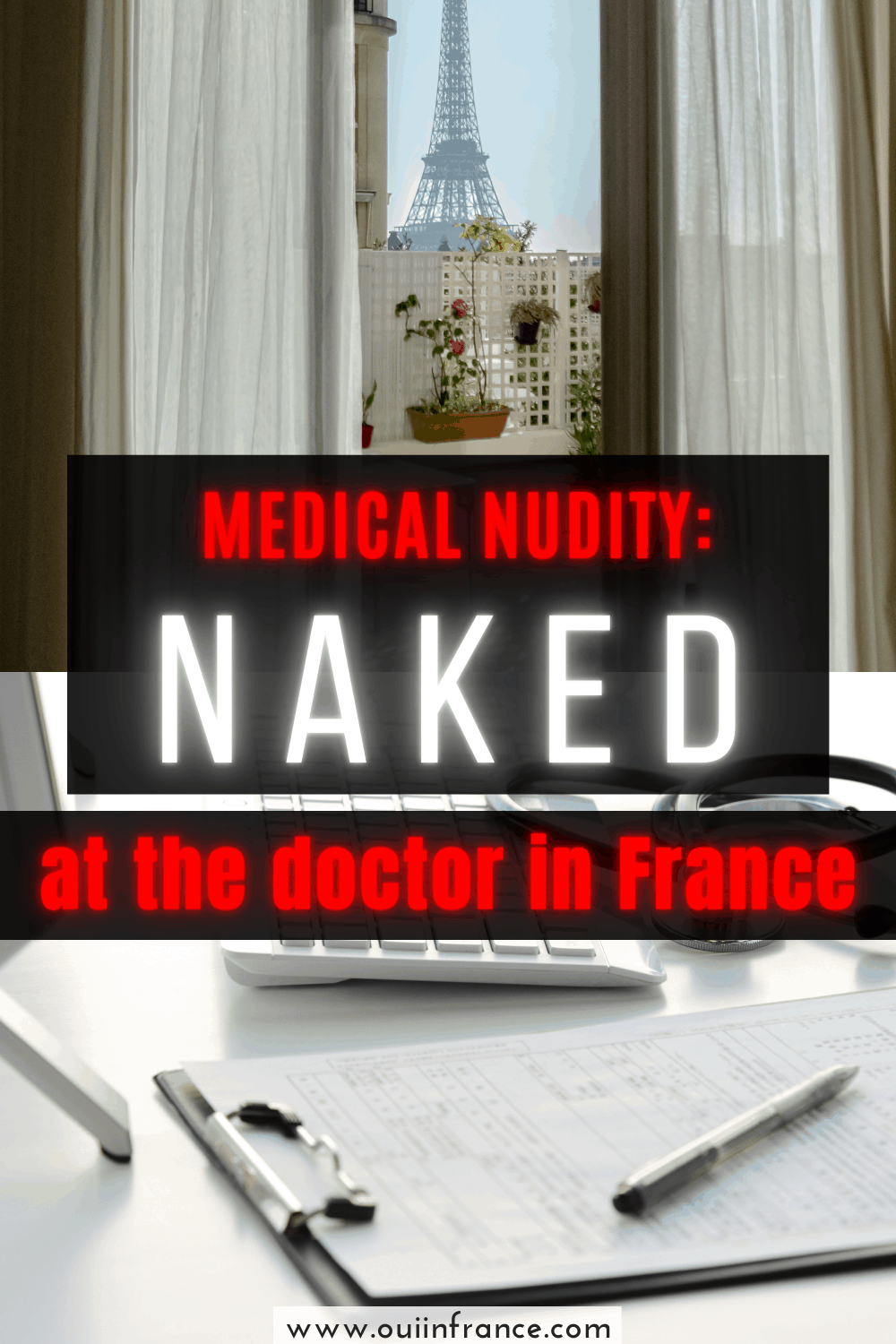