I had an appointment at the GP a couple of weeks ago which went terribly. I saw a male doctor in his 50s who I had seen once before. When I arrived at his office, I was happy, smiling, and self-assured. When I left 20 minutes later, I was frustrated, defeated, and in tears. His bedside manner was atrocious. I left angry about how I was treated and how much it affected me. Several days later, I realized my experience at the doctor was a perfect metaphor for 2020. 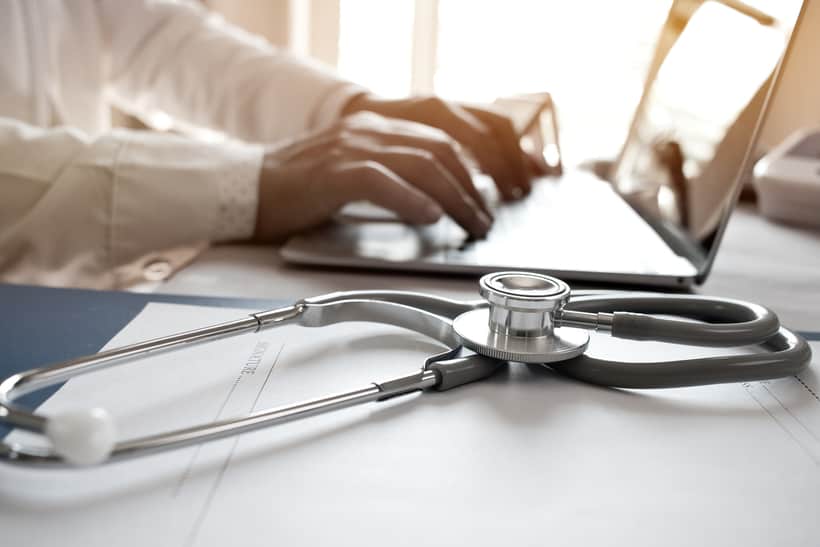 To make a long story short(er), I went to the doctor to get a prescription for routine blood work. A few weeks prior, I had gone to the ophthalmologist and he wanted a copy of my most recent blood work for his records and since I hadn’t had any blood work done recently, I had to see a GP to request it.

While there, I figured I’d mention something that was bothering me. I get exercise-induced headaches about half the time when I do high-intensity exercise so I just wanted to rule out anything serious and see if he had a solution for me. Without asking me any follow-up questions beyond my short explanation, the doctor exclaims that I have exercise-induced migraines, end of story. I could either stop working out or I could take medicine but no big deal. It wasn’t serious for him and didn’t warrant any further discussion. Case closed.

I was a little confused at how he arrived at a diagnosis so quickly without even getting any details or reviewing my history, so I calmly asked him if there was a need to check electrolytes, minerals, see a specialist, etc. I was coming from a place of wanting to understand and have always been a strong advocate for myself and others. That’s when things took a turn for the worse.

He proceeds to tell me he’s the doctor and he’s been doing this 30 years and that he’s not sure how it’s done in my country but he’s the boss here and only he decides if I need certain tests or a referral. It was unnecessarily dismissive and rude. I was embarrassed by his outburst and felt myself getting warm. I said I didn’t mean to offend him at all, that I respect the fact that he is the doctor, and I apologized for any misunderstanding between us. I explained that I was trying to understand how he automatically concluded I have exercise-induced migraines without investigating anything further.

To spare you the details of the rest of our useless conversation and his tantrum — that went on for far too long — he then told me I was a hypochondriac and that his medical style doesn’t mesh with mine. I was stunned. Then the kicker, he told me not to come back. Yup! I was too worn down and shocked to give him a piece of my mind — something I wouldn’t have even hesitated in doing back in the USA.

He held the door open for me as I left, tears streaming down my masked face. It was bad. 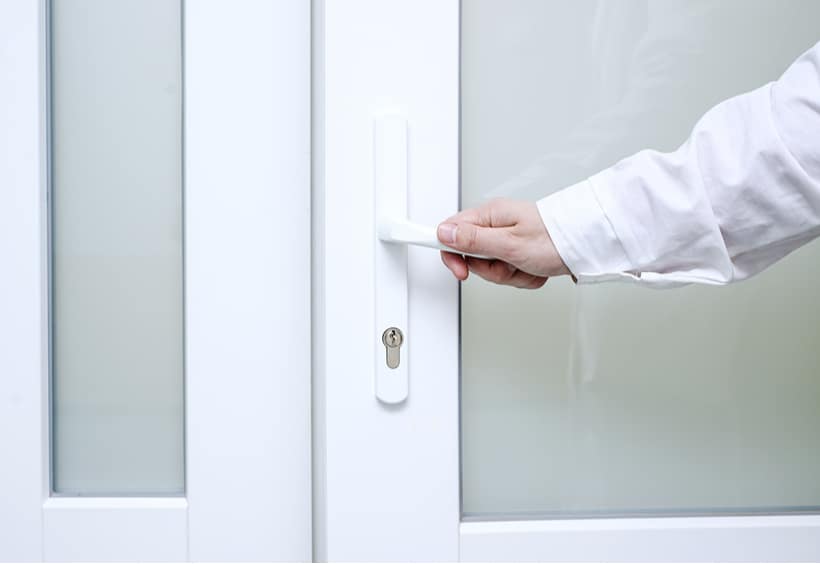 One thing before I continue: I don’t want to use my bad experience to make a statement about French healthcare as a whole. Terrible bedside manner can happen everywhere so this is not a story about how this exists only in France. But for now, I exist only in France and this happened to me here. There are old school doctors with huge egos in every country who don’t want to be asked to explain themselves by younger women who want to advocate for their health.

Now that I’ve gotten some distance from that joke of a doctor’s appointment and it’s something I laugh at now, what I do want to say is that my experience at the doctor was a perfect metaphor for how we’re all coping during this uncertain time.  There’s a lesson in it somewhere.

Despite the craziness of 2020, I wake up happy to start the day pretty much daily I go about my routine that has some semblance of normalcy, and then bam. Something happens, a thought crosses our mind, we see something that reminds us that nothing is normal about what we’re going through now. We get news from friends and family or the media and our mood is affected. Maybe we worry or are just so frustrated by everything and are wondering when things will get better.

Emotions are running high and many of us have wound up in tears — either because of a loved one’s death, feeling overwhelmed, and feeling all the feels of the pandemic on top of everything else life throws it us. Sometimes it’ll just hit me. I find myself on edge a little more than before. I feel pressure in my chest and my heart pounding. I feel like I’m holding it together but I’m easily startled. If someone turns the corner as I’m getting out of my car, I jump a little inside, not expecting them to be there.

Then this nagging thought enters my mind: When will we see our loved ones again in person? It’s the uncertainty of it all that’s the hardest for me to deal with. I like having a plan and scenario in my head. It makes me feel in control. But nothing about the pandemic feels safe and under control. I’m suspicious of people who are seemingly fine through it all.

Adapting and rolling with the punches comes with the territory of living abroad. We get quite skilled at being chameleons, listening and learning and going with the flow. But sometimes it would feel good to be still and stop adapting. I want to feel like everything is easy and under control. 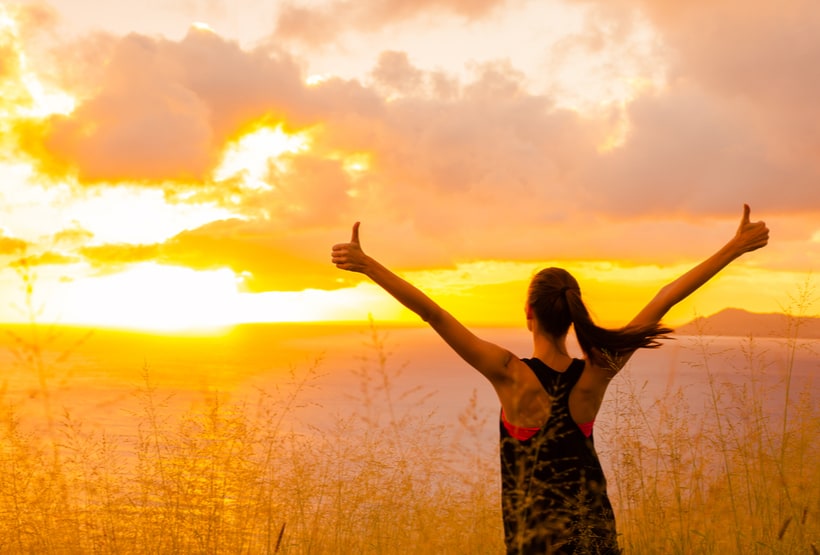 When I think back to January 1, I remember the goals I had set for myself and how I was cautiously optimistic about starting a new year. Like me walking into the doctor’s office earlier this summer, January was also smiley and confident, full of hope and self-assured. Then as the year went on, most of that faded away. This year has been a shitshow.

2020 is an election year. A year full of promise, we told ourselves. Then March rolled around and we started to feel the ground shift. We snowballed into where we are now. Like my doctor’s appointment, many of us can’t quite find our footing and sense of calm. 2020 has left us feeling defeated, unable to see the light at the end of the tunnel, and in tears.

I don’t have any answers but I think talking about anxiety and fear and disappointment is a vital part of getting through it and emerging stronger, or at least feeling more capable than yesterday. In my personal life, I can’t ignore things and hope they’ll magically get better. I need an outlet and and this post is acting as that. Sometimes I write things down in one of my many notebooks. Right after my disastrous doctor’s appointment, I left messages for three family and friends in succession and explained what had happened.

While telling people didn’t change what happened, it left me feeling a little lighter. It let me detach the experience from my physical being. By talking, I sent my words out into the ether to break down and dissolve instead of weighing me down. How I was treated had nothing to do with me and everything to do with him. Doctors aren’t immune to handling things badly, especially not now, when stress and anxiety are at an all-time high. I forgive how he handled a routine appointment. But that doesn’t make it right.

All we can do is control how we react to the things that unfold in our lives and that’s where the power lies. In a way, that’s how we take back what the pandemic stole from us. The lesson here for me — one that appears often in my life — is that we can only control our reactions to what happens in our lives. If someone acts like a fool, that’s on them. If 2020 wants to throw us some curve balls, great, then it’s an exercise in resilience and growth. I have to believe that’s the lesson and we’ll all get through this together.

How have you been feeling lately?