Some of the most interesting and fun(ny) posts on my blog have come from just living life — usually conversations with my French husband Tom (who has his own column called Ask Tom Tuesdays). Many of my learning experiences have come from going about my day, talking to people, and observing all things French. Remember when I realized vaseline has a different connotation in French? Or that bread isn’t just bread? Or that I had been calling dogs perverts? Constantly learning is one of the best parts of living abroad.

Today’s post is all about the word chèvre and what I learned the other night after trying some new chips. Since chèvre is the word for a goat, the animal, as well goat cheese, how do we know if something is referring to a goat or goat cheese? Is context the only thing we have to rely on?

Is chèvre goat cheese or a goat and how do you know? 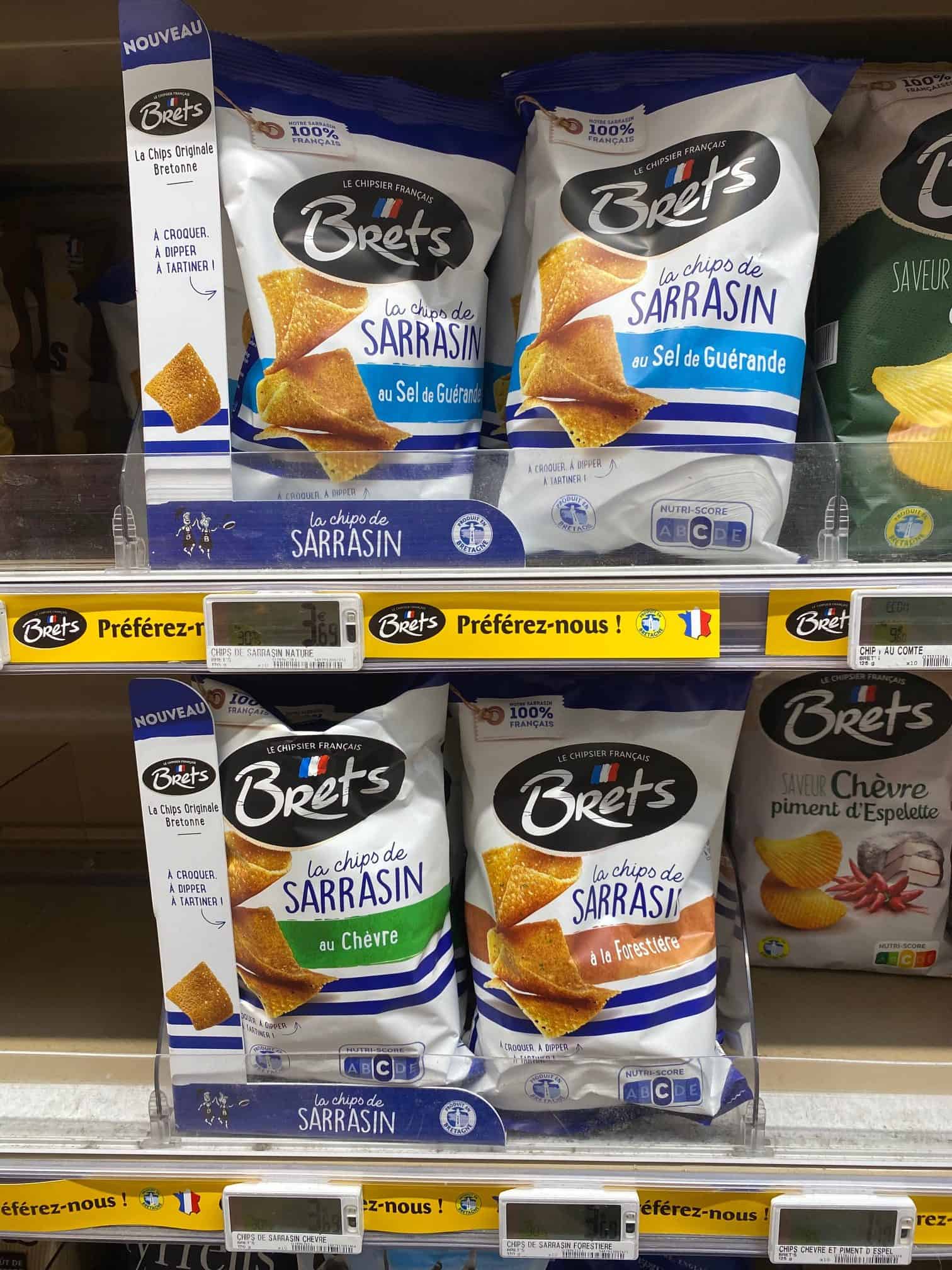 The other night I was shopping at Intermarché before dinner, and because I had an empty stomach, it meant that I was more prone to buying things that looked good. One thing I threw into my wheely cart was this bag of chips, La Chips de Sarrasin, from my favorite brand Bret’s. They’re new and made with buckwhat flour like the savory galette you’d find in a crêperie. The chips come in a variety of flavors. I grabbed the ones marked chèvre, goat cheese, and went on my way. 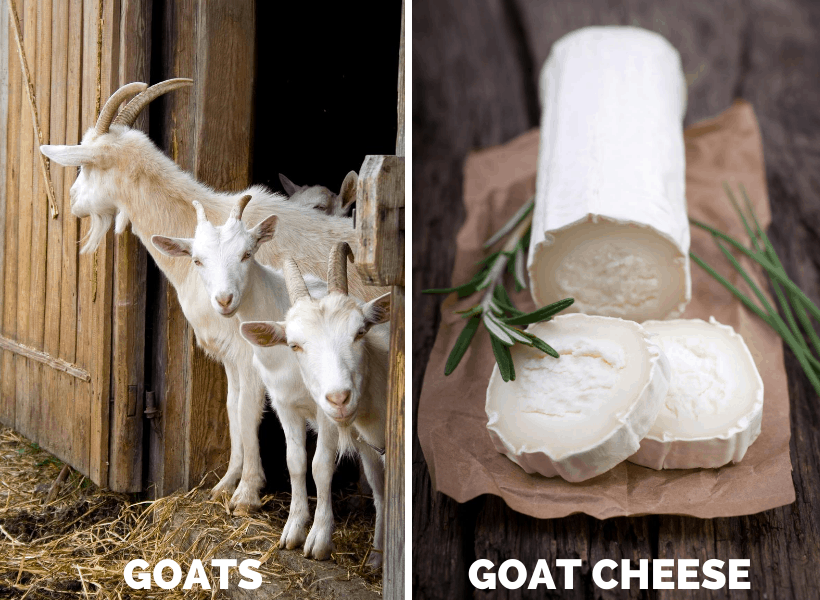 After arriving home while putting everything away, the chips caught Tom’s eye and we had a look at the packaging. I was telling him about the different flavors and we started talking about chèvre. I remarked that the word is funny because it can mean goat or goat cheese (very different flavoring!), but I knew they were goat cheese flavored and not goat flavored from context. The French eat goat cheese-flavored chips and foods but I’d never seen a goat-flavored anything. That would be unusual. I figured we knew that chèvre meant goat cheese from the context.

But no, Tom then asked me to read the whole label, which said au chèvre. The little “au” was key, a word I had overlooked. Yes, chèvre can mean goat, the animal, and goat cheese, but it’s the word(s) right before that definitively clue you in. 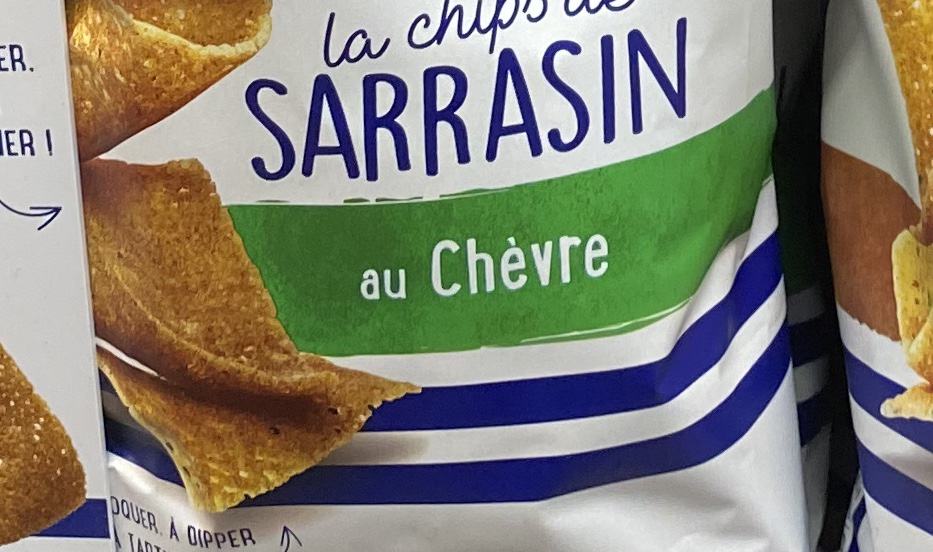 Tom is here to explain more:

The first, and probably most important, thing to know is that we don’t really eat goat meat in France, so coming across goat meat whether at a restaurant or an ingredient in a meal at the supermarket would be rather rare (not impossible though). That being said, you can sometimes (but still quite rarely) find “kid meat,” and I must say it’s weird for me to write that. I actually just learned that the young male goat is called “kid” in English and it’s a bit troubling to write “kid meat!” Anyway, just remember that eating goat is something rare.

Now you will see the word “chèvre” (goat) quite often in France. It could be on a menu at a restaurant but it’ll always be listed as an ingredient, and most importantly, it actually refers to goat cheese. In French, goat cheese is “fromage de chèvre,” and that is quite often abbreviated as just chèvre. On a restaurant menu, for example, you’ll regularly find chèvre listed as an ingredient whether it’s in a salad or a galette (buckwheat crepes from Bretagne), etc.

The little tip that can sometimes help you ensure that the “chèvre” you’re seeing is actually referring to the goat cheese and not the meat is the gender. So to make things clear (hopefully!) “chèvre” is a feminine word in French (so we say “une chèvre”). But “fromage” is a masculine word (“un fromage”), and so we say “le fromage de chèvre” and to make it shorter without the word fromage, we juts say “le chèvre” (ex : quel fromage aimes-tu ? j’aime le comté, le chèvre, le morbier, etc.). Then, if one day you come across packaging and see “chèvre” on it, look right next to that word, and if it says “au chèvre” (like the chips above), it would mean that it’s “goat cheese” (flavored). And if by any chance it says “à la chèvre,” well then you’d be face to face with a product containing, or flavored with, actual goat… but as I said in the beginning that would be very rare!

Most of the time, though, you’ll encounter the word “chèvre” alone without any specification, so feel safe to assume that it’s actually goat cheese.

Lastly, let’s get to how the chips taste. They are excellent and actually way better than I expected. I always try new products and sometimes they are hit or miss but these get a solid 8 out of 10. The buckwheat flavor is there but it’s not overpowering. They have a nice hard crunch, not thin or soft, and the goat cheese flavor is a perfect finish.   They’d be great dipped in hummus or another spread as well.  Highly recommend and will buy the other flavors. The Bret’s chips aren’t available in the USA but there are similar goat cheese chips here and here.

Hope that clears up any ambiguity surrounding the word chèvre in French! Check out more Quick French lessons here.

P.S. Can I ask you for a favor? If you’ve been reading my blog/watching YouTube for a while (I see you, lurkers!), would you take a minute to write a testimonial for me over on Fohr? It really does make a difference. Merci! 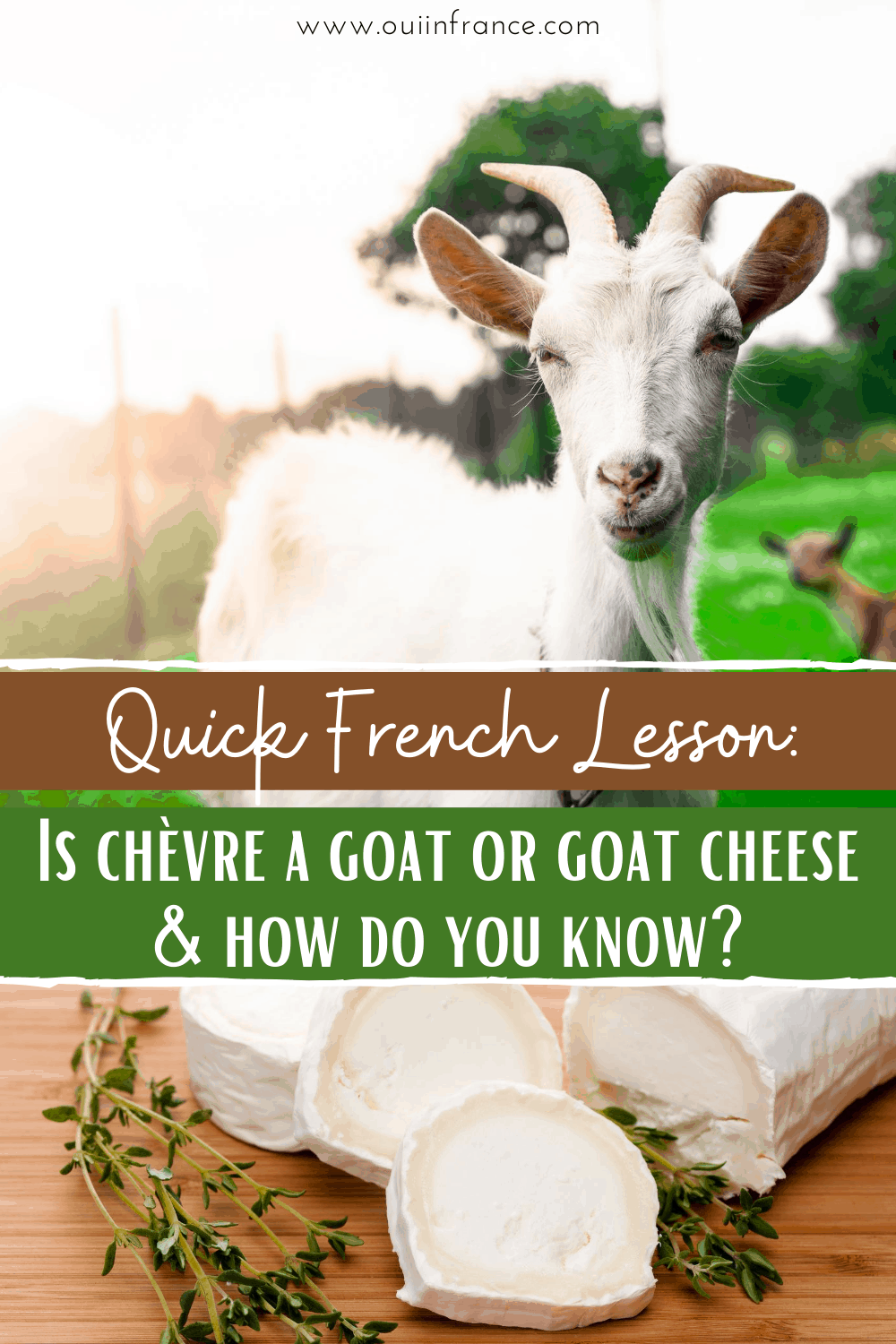