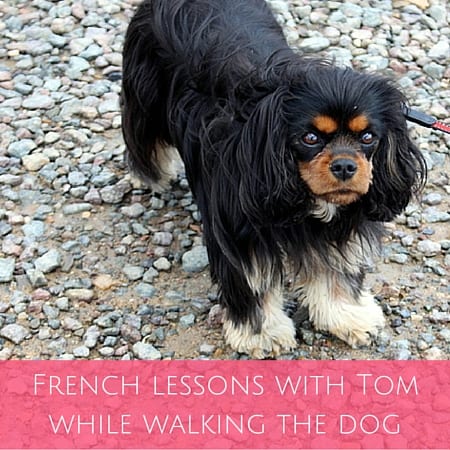 Tom and I enjoy walking Dagny together on the weekends, and with a few extra vacation days lately due to the holidays, we found ourselves doing even more walking than usual. A topic of conversation that always comes up on walks? The French language. I ask a few questions, Tom gives a few examples and sometimes reviews a few things in English as well. It’s always a learning experience.

What did I learn the other day? How not to say your dog is a pervert (after telling someone their dog was, thankfully, not a pervert). Not exactly what I was trying to say. So yeahhhhhhhhhh, not my finest moment.

Learn from my mistakes… GO!

French lessons with Tom while walking the dog

I’m at the point where I speak French reasonably naturally and spontaneously, but I’m not immune to ridiculous flubs here and there! Even though making mistakes is how you learn, sometimes you make mistakes and no one corrects you so you have no way of knowing about your faute. The story I’m telling you today is one such mistake — that I’d probably made 10+ times except Tom was never with me when I said it, so I had no idea. Until the other day when we were out walking Dagny together and I said it.

Dangers of pine processionary caterpillars in France and beyond >>

So here we were walking along through the park when a barking dog comes out from behind a tree on the left. I was looking down at something I found in my pocket and didn’t see him coming and the barking startled me. I jumped and said “Ahhhhh” and realized it was just a small leashed dog and no big deal (not like the big unleashed ones we see from time to time that have charged us, so yes I’m a little jumpy). 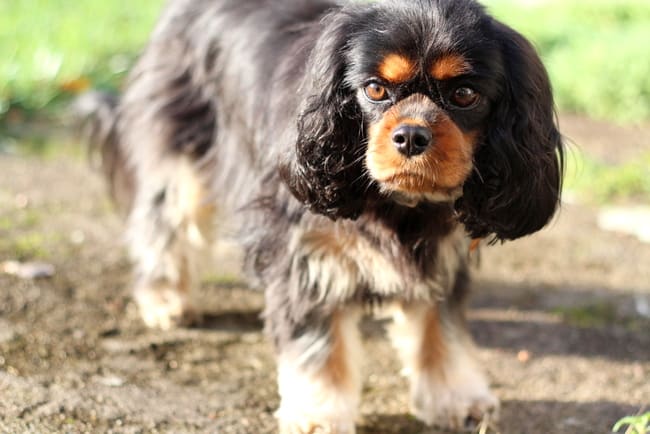 As our new furry friend approached us and said hi to Dagny, I wanted to say, “Oh, you’re not a mean dog after all.” Yeah, sometimes I talk to dogs. What I should have said in French was, “Ohh tu n’es pas un chien méchant.” He was a perfectly sweet dog that started off barking but was totally nice.

But what did I say?

Something I’ve said many times on walks with Dagny alone when we encounter seemingly mean dogs that turn out to be fine. I turned to the sweet dog and said, “Ohhh tu n’es pas un chien vicieux.” (Ohhh, you’re not a vicous dog!) DOH!

Tom kindly pointed out afterward that I messed up.

In this sense, vicieux does NOT mean vicious.

So what I said was, “Oh, you’re not a perverted dog.” Not what I was going for! Easy mistake to make though. In English we’d characterize a dog as vicious or use vicious in reference to an attack so I figured the word had the same meaning. Never assume! Ooops.

If you want to say something about a person or dog being vicious, just say méchant which translates to mean but works just fine in this case.  Got it?

Have you ever made a mistake like this in a foreign language?

Best walking shoes for travel (that are stylish and comfortable)