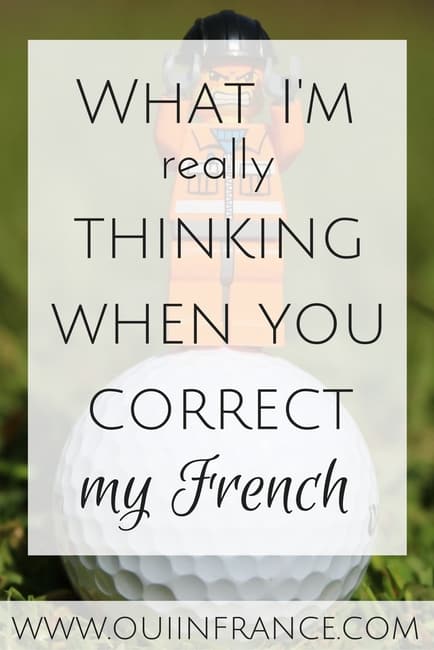 Learning a new language as an adult is no easy feat. Becoming conversational in a foreign language is more or less doable with some hard work, but what about when the ability to speak a foreign language well is a necessity just to get by and be understood? That’s when it all gets real and casual language learning gets a whole lot more serious.

Let’s talk about how it feels to be corrected by a native speaker and what I’m really thinking when you correct my French.

When you correct my French

Anyone learning a new language will tell you it’s a process. Some days you feel like you’re making progress and are on top of the world and other days you just want to run and hide. It’s frustrating and time consuming and maddening but fun and wholly worthwhile. And it helps to laugh at yourself.

Now about this correction business. When I mess up, I want to know about it. If you correct me, I hopefully won’t make that mistake again (or at least not too many times). If you don’t correct my French, I’ll keep on saying the same thing incorrectly and how is that cool? It’s not.

I really, truly, like when French speakers correct me when I speak. I tell people straight up to please correct my French every time I mess up. How else will I learn? Sometimes they do and other times they do not, for whatever reason. But what about a random stranger on the street correcting you? That’s kind of awkward. But if I know you, even just a little, please correct my French! Really, I welcome it.

Luckily at this point I am understood 99.9% of the time and am not making mistakes constantly. But I do make mistakes with grammar, the gender of nouns I don’t use that often and most commonly with irregular verbs or compound tenses I either don’t know or don’t use much. I absolutely want to be corrected. I think. Kidding aside, in the moment, it can leave you feeling defeated and worn out or even embarrassed or hopeless (depending on one’s mood) but corrections are 100% necessary in order to improve. 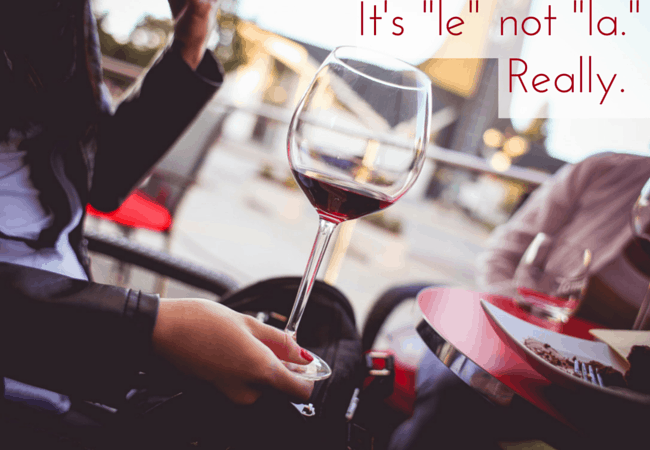 Let’s have some fun.

Here’s what I’m really thinking when you correct my French:

Is she gonna correct me? Leave me here wondering. Maybe I was right all along. The notary is a woman. Has to be right.

Nope, there it is, the correction. It was le.

I wonder how your English is….

I still hate you.

Why did I study Irish in college?

Pull it together, Diane. No one cares.

I don’t hate you.

Thank goodness someone feels comfortable enough to correct me. It’s the only way I’ll learn.

Where can I get a glass of wine? What time is it?

Why is this language so freakin’ infuriating?

I have made progress.

Pretty impressive conjugation skills you’ve got there. How do you know that? You’re, what, 5 years old?

Oh damn, I knew that one!

Really, it wasn’t a mistake. I know it’s la chaise.

I make that mistake ALL the time.

I should probably write that one down. Hold on a sec.

Why do I never have a pen? Un stylo. See, I knew that one.

When will I learn?

This is making me nervous and I think I’m going to mess up more if you don’t stop correcting me!

Oh no, did I just conjugate with avoir? I think it’s être. I know it was wrong.

It was wrong, right?

I think all English speakers make that mistake. I’m sure of it. Such an easy mistake to make. I’m not the only one.

No big deal. No one cares.

Look, she forgot you messed up already. It’s fine. Carry on.

Cool, got it. Thanks for correcting me. You get what I mean though, right?

I said that AGAIN?

Wait, are you sure it’s le? How do you know? Could have sworn it was la.

Are you done yet? I’d like to finish my sentence.

Oh no, I forgot what I was saying.

Did I say I liked being corrected? I think I lied.

Wow, did I just finish an entire conversation without one correction?

Did she forget to correct me or was she just being polite?

I’ll look that up in the dictionary later.

Did I actually manage to not make a mistake for once?

Today’s going to be a good day.

So pretty much, that’s what goes through my head when I’m speaking French.

So let’s talk about you

How do you feel when people correct your speech? Is a gentle reminder OK once in a while or do you hate it? Is correcting you something you want people to do all the time? Does it matter if the person doing the correcting is a trusted friend, a random stranger or a family member? Does the tone or timing matter? Take for example someone interrupting you mid-sentence to correct the gender of a noun versus someone gently saying at the end, “Just one thing, I wanted to point out it’s la table not le table. Just so you know. I don’t want you keep on making that mistake.”

When the French language makes you want to run and hide >>

Do you correct other people’s English? Do you like when people correct your French?

(I personally don’t correct others’ speech unless the person tells me to or they are really stuck and are clearly looking to me for help.)

Tell me if you can relate! 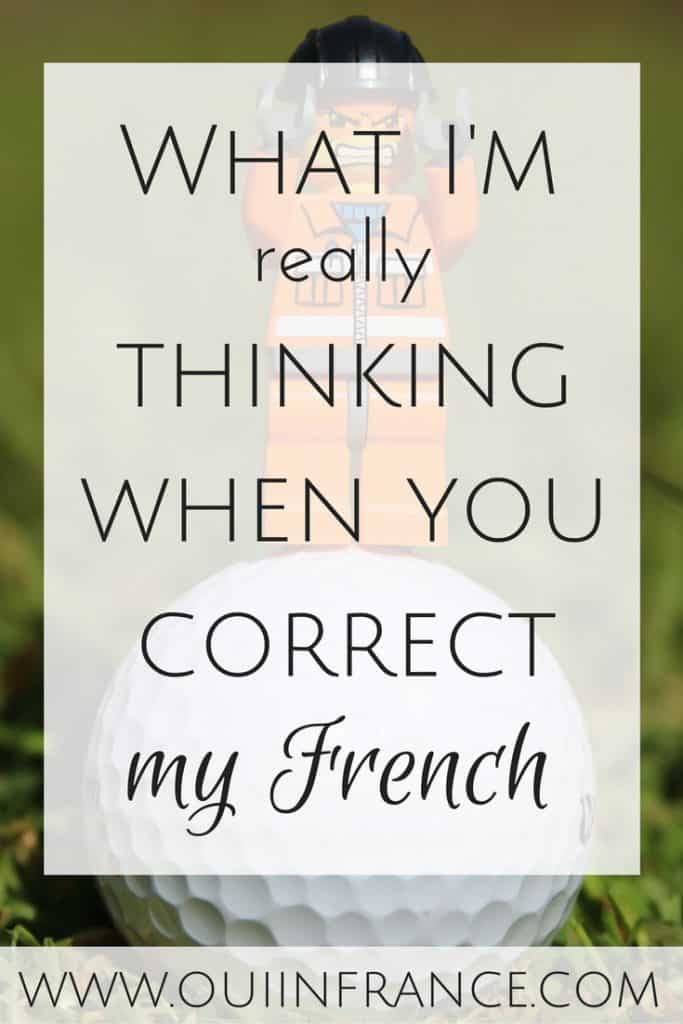