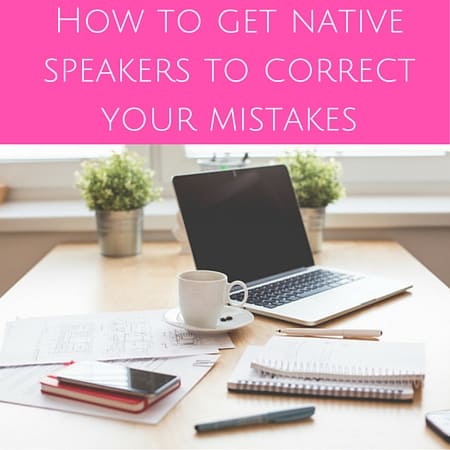 As someone who started learning French as an adult, I take all the help I can get. I tell almost every French person I meet to PLEASE correct my French mistakes since it’s the only way I’ll learn. Some oblige and others say OK sure and then never correct anything I say.

Why is this and how can you get native speakers to correct your mistakes in French?

Anyone who has ever learned a language has been given a correction. It’s only normal to mess up. Was it in school? Was it from a friend or a perfect stranger? How did it make you feel? Did your culture (or the culture of the person doing the correcting) play in to how they corrected you? You can tell me all about that in the comments and I’ll tell you all about when French people correct my French.

Personally speaking, every couple of weeks, Tom will point out one of my French mistakes that leaves me feeling kind of mortified. It’s not the fact that I’m making these mistakes that kills me (I make enough mistakes regularly so it’s no big deal). It’s the fact that it’s always something I’ve said no fewer than 10 times in recent memory to a whole host of people (like that perverted dog thing).

Here I am thinking I’ve been saying the right word or expression, then realize I’ve been messing up, and yet not one of the French people I’ve said the mess-up to has corrected me. I don’t know what makes me more mad — the fact that I was messing up for so long or the fact that no one bothered to correct my French.

When I try to understand others’ motivations (or lack their of, as the case may be), I put myself in their shoes and imagine what I’d do as a native English speaker back in the US when speaking with a foreigner. What instances are OK to correct? Would I even step in and try to correct the person? Yes? No? What factors go into this? Before we delve into that…

Will you be fluent in French after living here for a year? >>

Remember that despite being corrected or not, it’s important to put yourself out there and try.

If you never try, you of course won’t make any mistakes. But you won’t learn anything or improve your level either.

So when it comes to correcting your mistakes in French, there are some people who will probably find it easy to dole out corrections. Take for example someone whose job it is to help you improve like a French instructor. Maybe someone who is closest to you like a spouse or good friend. But what about everyone else? Why don’t they correct your mistakes?

P.S.: The reasons below could apply to any language, not just French!

1. You’re perfectly understandable even with the mistakes and correcting them won’t affect your ability to be understood.

Ding, ding, ding! This one holds true for me big time. Once you reach a certain level and speak with relative ease, even if you do make a bunch of mistakes, people don’t feel the need to correct you for little things. Some people will regardless, but in general, if you can get the sentence out and make yourself understood, most people won’t go the extra step and correct your speech because there’s no need.

2. They don’t really care enough to help and/or are not used to speaking with a foreigner.

Most people don’t intentionally NOT help but they just don’t see correcting your speech as a priority and they’d rather not get deep into a French grammar conversation. In many aspects of life, French language correction included, people can be lazy, plain and simple. Along with that, some people (especially in smaller towns) aren’t accustomed to speaking with  foreigners, so offering up corrections is kind of a foreign concept for them. Unless you really press them, they’re not going to voluntarily help you with your speech.

3. They don’t want you to take offense.

Sometimes we’re sensitive and people won’t know how we’ll react if they offer some friendly French advice. Will you really appreciate it or will it make you mad or more stressed and self-conscious? Instead of possibly offending you, people just keep their mouths shut (especially if you fall into #1 above). This goes double for people you don’t really know well.

4. They don’t know you want to be corrected.

To receive the help you want, you have to first tell people you want to be corrected and that speaking properly is important to you. How will they know otherwise that you’re open to the corrections? Be explicit and say, “Correct my French, please, if you don’t mind. It’s the only way I’ll improve!”

5. The context is wrong.

6. It can be embarrassing for them.

French is a complicated language and sometimes the person will know what you said is wrong, will know what the correction is but won’t be able to tell you why (this has happened to me numerous times). Not all French people are teachers, nor do they want to be one with their friends. Hanging out with friends is a time to let loose and not feel like you’re in school. So if your friend is hesitant to correct you all the time, maybe just let it go because it’s probably for the best.

Tourists in Paris: Why a little effort with French goes a long way  >>

Time out, so tell me…

The last time you spoke to a non-native speaker of your language and they made mistakes, what did you do? Would it have been weird to correct them? Did you? Why or why not? For me personally, I don’t think I’d offer unsolicited English corrections unless I 1) Knew the person was open to it and/or 2) Was struggling and kind of asking me for help with their facial expressions.

In other cases, we have the exact opposite of #1 above, where the person’s level is so poor that if you paused to correct every mistake, they’d never get a word out. In that instance when it’s counterproductive to communication, maybe it’s better to let them just continue with the mistakes.

Also, one other quick thing before we move on. Be aware that if you ask someone to correct your mistakes, and they do, it might destroy your confidence. Learning a language is a process and if you’re just starting out, all the corrections might knock you down mentally a few notches.

This goes double if you’re living in the country and HAVE to speak that language (and don’t have the luxury of just switching to English when you’re all Frenched out for the day). In some cases, it may be best to have a “no corrections” day or just ask to be corrected when something is a major mistake and not every time. 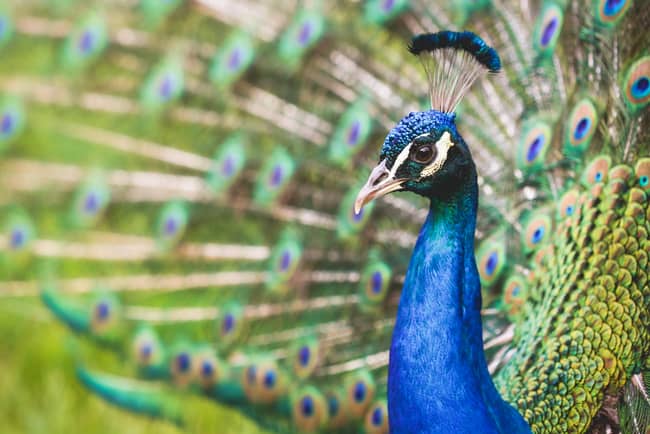 How to get native speakers to correct your French mistakes

1. Tell them you want to be corrected

Seems obvious, right? If it’s someone you know reasonably well or if it’s someone you speak to regularly, take the simple route and straight up ask them to correct your mistakes. (and then when they do, you may regret it because this is what you’re really thinking. ;-))All the time. It might take some time for them to get in the habit of it and you may have to remind them, but make it known from the start that you welcome any and all corrections! They’ll get the point. This works well if you befriend a know-it-all or someone who is really proud of their language. Seek out people who you know are open to handing out corrections. And don’t forget to thank them!

2. Stop the sentence after the mistake

If you don’t try to fight your way through and just pause after attempting to say whatever it is you’re trying to say, the conversation comes to a halt until one of you says something. You can add a, “C’est correct ou pas?” after the possible error so the person knows you’re looking for help. Let the French person reassure you that what you said was correct or let them offer up the correction. Repeat the correction, say your sentence again the right way and continue on.

3. Join a group that is focused on language exchange

Remember my point about context from above? If you put yourself in a situation where everyone is there to learn, you’re already on the right track. Joining a meet up group or class for language learning is the perfect context to ask for language corrections.

Finally, just one more thing. Here’s a video from Geraldine at Comme Une Francaise that ties into this conversation. It’s about how to prevent a French convo from switching to English.

If you’ve been on either end of the corrections conversation, tell me what you’ve done in each situation!

Do you welcome corrections? Do you freely give them? Has it ever backfired?

Want to improve your French? Check out Lingoda here. 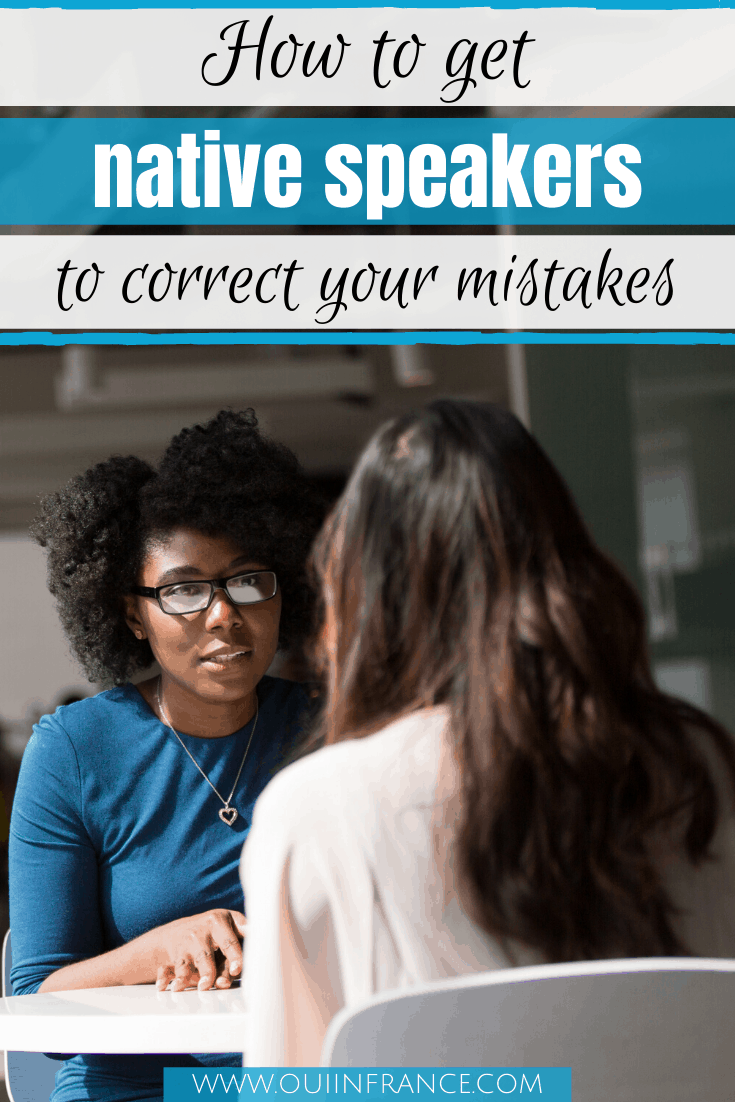