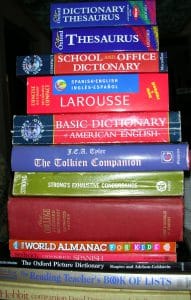 Language learning is an ongoing process, and if you’ve ever tried to muster up a few phrases in a foreign language, I’m sure you’ve had your fair share of flubs. I’ve botched French more times than I can count, and while most of them were unexciting, there are several French language mistakes that will stay forever engrained in my mind.

Read on for my top French language mistakes and faux pas!

So this is the post where you learn that I’m a moron with all my French language mistakes. Yes, I speak advanced French (now at least), but it hasn’t always been that way. Sure, messing up every now and again is natural, but when you’re the one messing up, you feel like a complete fool in the moment. And those are only the times where you realize you’ve messed up! Add in a flub that’s kind of embarrassing and well, there friends, you have my life.

Thankfully these kinds of French language mistakes don’t happen all that often now, but they did…

I’m sure many have escaped my memory due to the fact that they were too traumatic (I’m kidding… I think).

Here are my top French language mistakes that you may or may not find amusing:

At dog school, we had just arrived and the volunteer asked me who led our class. I didn’t know our instructor’s first name, so I decided to call him the bald man, which is chauve in French. Une chauve-souris is a bat. It’s simple really; souris is a mouse. So bald mouse. Makes sense? Well, genius me made the mistake of saying “Our instructor is that bat man.” I said chauve-souris instead of just chauve. Why? No clue. And that was an easy one to say correctly!

Preservatifs are condoms not preservatives

This is one that every French student learns pretty early on and I know not to confuse the two. But for some reason, sometimes I’ll utter half of preservatif before realizing I mean un agent de conservation or conservateur. Sometimes it’s better to just slow down.

Learn from me, friends. Early on when I first met Tom’s family, I didn’t know the French word for beets. We were eating them one night when I wanted to remark that they’re not a food I eat often in the U.S. Well, little old me didn’t realize that bite in French (pronounced nearly the same as the English word beets) means cock. Great. So I told Tom in English all about the BEETS in the U.S. and how I never eat BEETS. All his parents heard was “Language I don’t understand COCK more gibberish COCK.” Great first impression, let me tell you. BTW, in French, a beet is une beterrave. 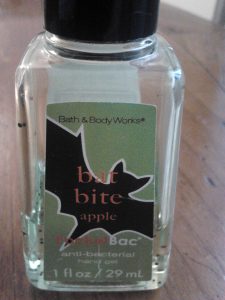 And another instance of the word bite in French — this time with the plumber. A few months back, we had a plumber come fix our toilet and afterwards, I offered him some hand sanitizer that I had just used. It was Bath & Body Works’ Halloween scent called Bat Bite. Here’s a lesson, folks. If you have a hand sanitizer with the word bite in it, do NOT offer it to a male you just met when in France. Any other scent would be fine, but not this one. Well, I handed that over to the plumber and as he squirted it on his hands, he noticed the little unassuming French word on the front. He looks at me very confused and I had to explain that I wasn’t propositioning him with my little container that could pass for lube. Ooops.

Jouer and jouir are not the same

Sometimes you say the wrong word. It happens. And this one happened the other day in front of Tom’s parents who probably thought I was nuts. Jouer means to play and jouir means to climax (as in have an orgasm). I know the difference, but on this particular day, I messed up. We were talking about games and I was trying to say that when you’re playing a game, sometimes you think of the strategy in your head before you make your move. I meant to say, “In Tom’s head, he’s always playing” but said more of “Tom’s head is always orgasming.” Just brilliant.

When you’re hot, you should watch your verb

On a hot summer’s day, you’ll probably remark that you’re hot — as in physically warm due to the sweltering temperatures. What you’re going for here in this context is j’ai chaud with the verb avoir (to have). But many English speakers, myself included, have said je suis chaud (using “to be,” etre) because it translates literally to I am hot not I have hot, and that just seems correct. But je suis chaud means I’m hot as in I’m horny. I’ve heard that in Quebec, je suis chaud can also mean that you’re drunk. Either way, not what you want to be saying in most cases…

Tell me your most noteworthy language mishaps below!

« Why you should quit your job and move abroad
What’s so special about twins anyway? »