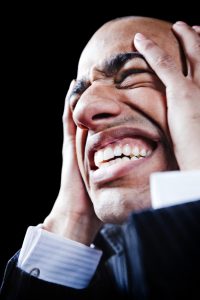 If you move to France and aren’t great at French, the French language will be one of the biggest hurdles you’ll face — especially if you live in an area where people don’t know English. If your skills are a little rusty or non-existent, you’ll go from frustrated, to lost, to confused, to homesick and back again just about all the time. But don’t fret! You’ll get better. I’m living proof. When I first came to France to live in 2009, my French was at an intermediate level from taking it in high school and at the Alliance Francaise and I thought I was OK. I got a major wake-up call when I arrived and realized spoken French in real life is way harder than I thought. I’ve made major improvements since then, but I still have instances when I don’t understand in French.

So what do I do when I get myself in a pickle and I do not understand French?

Am I fluent in the French language? No.

My level of French is advanced, but I consider myself far from fluent. Why? Well, I’ve been here since Christmas (was here in 2009 but returned to the U.S. after my work contract was up) and my life consists of talking with Tom and his family and small talk with shop keepers. I live in an apartment building full of retired people (not exactly the type to invite out on Saturday night) and work in English all day. So between the lack of friends and my job, I’m a tad isolated. Oh and did I mention Tom is disgustingly fluent in English?

My level of French is actually quite good although I beat myself up about it just about daily. I’m perfectly capable of interacting in any social situation and getting my point across. I can go to any store, office, agency and take care of whatever needs to be done. I can talk about my ideas and dreams and recount what happened yesterday at an advanced level.

Sure, I make mistakes, but my level at this point is advanced. What do I need to do to bridge the barrier to fluency? Well, I’d have to watch a lot more TV, find some friends and MAKE TOM SPEAK ONLY IN FRENCH. But I digress…

So while I understand 95% of what’s going on, there are some exceptions to this when I don’t understand in French: 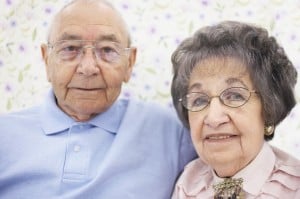 This is just a stock image. These people aren’t my French neighbors.

19 Things that are true when you have a foreign accent >>

Not understanding what was said isn’t particularly embarrassing if you’re just a tourist passing through. The French almost expect dictionary wielding tourists to be lost and will help you out when they can. But when you live here and don’t understand? Well, that’s just the worst feeling. And trust me, it used to happen a lot!

If it’s just something on TV, something said by your mother-in-law or during a one on one conversation in a shop, it’s not that bad. Yes, it can be a little nerve-wracking when I don’t understand in French, but not understanding is the WORST when you’re in a group or are being singled out to talk in a crowded line at the bakery or some other social situation.

So what do I do when I don’t understand France?:

1) Success. You’ve understood the second time around. This is the preferable option and a major relief.

2) Failure. You can ask them to repeat it again. Hopefully on the second repeat they rephrase or speak more slowly (not always the case) and you understand. I mean come on, you hear my accent. Help a girl out!

Diane in 2009: On that second repeat I’d just say “Sorry can you please repeat what you just said?” still panicking and nervous.

Diane in 2010: On that second repeat, I’d make an excuse to explain my lack of comprehension and say “Sorry I am deaf. Hear the accent? Could you please repeat yourself?” And you think I’m joking.

Diane now: On that second repeat (thank God this happens rarely), I say something more natural like “Forgive me. I feel like a moron but I have absolutely no clue what you just said.” And laugh. At this point, the person sees I can clearly speak French and will say it a different way. Every time I’ve done this, the person seems to feel for me and I almost always learn a new word or expression.

But at this point, if you’re like Diane in 2010 and you still haven’t understood, you feel like a moron and can either run away and hide for the rest of your life or just smile and nod.

Example of this working: “Do you want your receipt in the bag?” Smile and nod. No harm done.

Example of this working, but as the wrong answer: “Does this train go to Dijon?” You have no idea if the train goes to Dijon nor do you know what was said. Smile and nod…

Example of this failing miserably: The smile and nod won’t work if someone asks you “Are you some kind of moron?” Yes. Yes, I am. Smile and nod…

The one thing I have going for me is my accent. While I do have one, it’s not a dead giveaway that I’m American since I can pronounce the French “r.” I’ve been told my accent is “good” and doesn’t interfere with comprehension or getting my point across. So great, at least when I make a moron out of myself, I can be understood while doing so. 😉

Here are some examples of my brilliant French language skills at work:

By brilliant I mean totally embarrassing:

An actual instance of good French was in 2009 a month after I arrived. It was 2 a.m. and Tom, his brother and I were in Angers, France coming home from a friend’s party. I hadn’t had a sip to drink, so I took it upon myself to drive home.

At a red light, I decided to make a right turn on red. Being from New Jersey where this is legal combined with the fact that I was dead tired, I didn’t even think twice before turning right. Out of nowhere, two motor scooter cops emerged from the darkness behind me and started flashing enough lights to light up Yankee Stadium.

I was shaking as I pulled over, but trust me when I say my French language skills have never been more focused than they were at that moment. I answered the officers’ questions with ease and was so tuned in that I wondered if I’d had divine intervention. I didn’t even have my passport OR license on me and managed to escape without a ticket or a stint in jail.

In retrospect, I think the amount of paperwork required to actually issue a ticket to someone without an ID on them was more work than these two chaps wanted to do. So a simple breathalyzer test and a stern talking to got me out of that one. Phew! Lesson learned: Carry ID at all times.

Have any French language problems of your own to share? What do you do when you don’t understand in French?

« Europe travel tips: Paris accommodations and beyond
Why McDonald’s in France is actually cool & popular with the French »