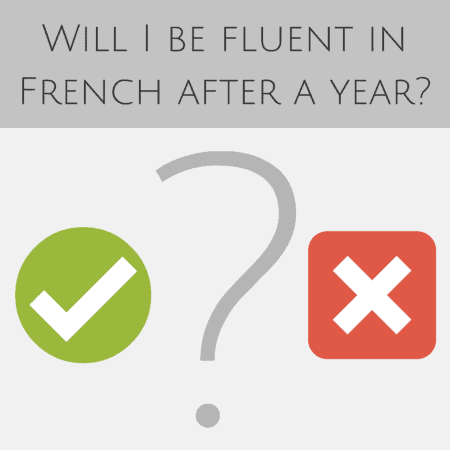 There’s a misconception that people have about becoming fluent in a language. That somehow, the magic language fairy bops you on the head after living in a country for a year and makes you fluent. Like a language will just “click” after a certain amount of time because you’re simply living in a place. If that were the case, then every foreigner everywhere would speak the native language of the country they’re living in fluently. But that’s not the case at all.

So will you be fluent in French after living in France for a year?

Living in a new country doesn’t guarantee that you’ll be fluent in the native language after a year. There are so many more variables that go into learning a language. And beyond that, what do you consider fluent? Is speaking the language with ease important to you? Is it a necessity?

Back to my original question: Will you be fluent in a new language after living in the country for a year? The short answer is maybe. 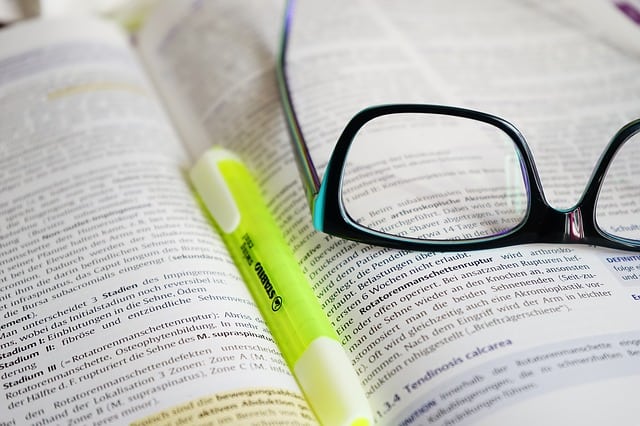 First, let’s figure out what being fluent in a language is. Keep in mind that being fluent differs from being bilingual. Everyone’s definition varies but to me, fluency means you’re able to communicate rather naturally and can ask questions and understand replies in just about every situation. There’s no need for you to translate in your head and you can speak in that language without thinking about it (too much). If you’re into dictionary definitions, Merriam-Webster tells us quite vaguely that fluency is when you’re “able to speak a language easily and very well.” Subjective, right? Let’s move on.

Here’s what being fluent is not:

Here are some variables that will influence the speed at which you progress:

If you plan on being in France for the long term, learning the language is a necessity in my opinion. That goes double if you live in a small town that’s relatively isolated. This goes triple if you’re moving alone or your partner does not speak the new language either. 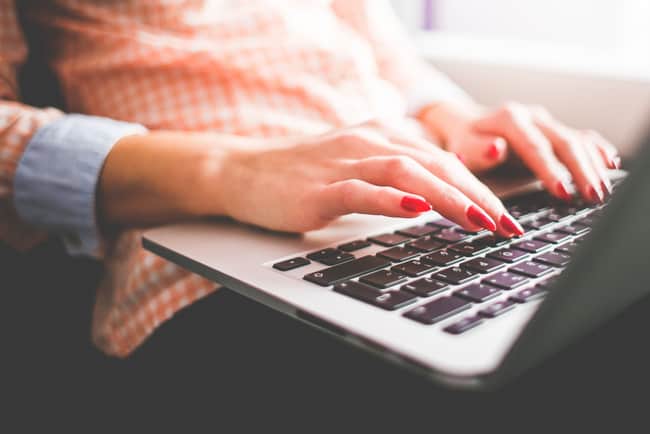 About that last bullet point up there about how motivated you are… let’s take my French husband Tom for example. He speaks English fluently (bordering on bilingual at this point). His English is much better than my French and yet he’s never lived in an English-speaking country or even been in one for more than 2 weeks at a time on vacation. He rarely makes mistakes and if he does, they’re tiny pronunciation or usage errors that don’t interfere with the meaning of what he’s saying. His English grammar is excellent, he doesn’t mess up tenses and he even understands complicated dialogue in English language TV shows. He’s also very modest about his level of English and will tell you he’s not fluent.

Was his level of English great when I met him in 2009? Nope.

He was not one of those people who started learning English in grade school and had an excellent level by graduation time (the French aren’t known for their impeccable English in case you’re wondering). At that time, Tom’s English was passable but he was slow, made a ton of mistakes and I often had to repeat myself. But he was tenacious and knew the secret to language learning success. He’s now able to be part of my American social circle when we’re home and I’m so thankful he’s gotten to know my friends and family. His level of English has made this possible (because my friends and family don’t speak French!).

So what happened between 2009 when I met him and now that has drastically improved his level of English? A few things.

He met me, has the opportunity to speak English often and his personal drive to learn English was off the charts. Because of that, his level improved rapidly. In his spare time, he’d watch movies and TV shows (at first listening in English with subtitles in English and then slowly backing off the subtitles). He’d read books in English. He’d ask questions. And still does all of these things.

Why? Because he cares.

We live in France — Tom doesn’t have to have any level of English for his daily life or job. His English was “fine” before. But for him, his English wasn’t cutting it and he worked like crazy to improve himself. I’m SO proud of him.

So no matter your age or current level in a foreign language, you can become fluent. Will it happen in a year? Who knows… but you can start today.

Tell me, how has learning a foreign language been for you? 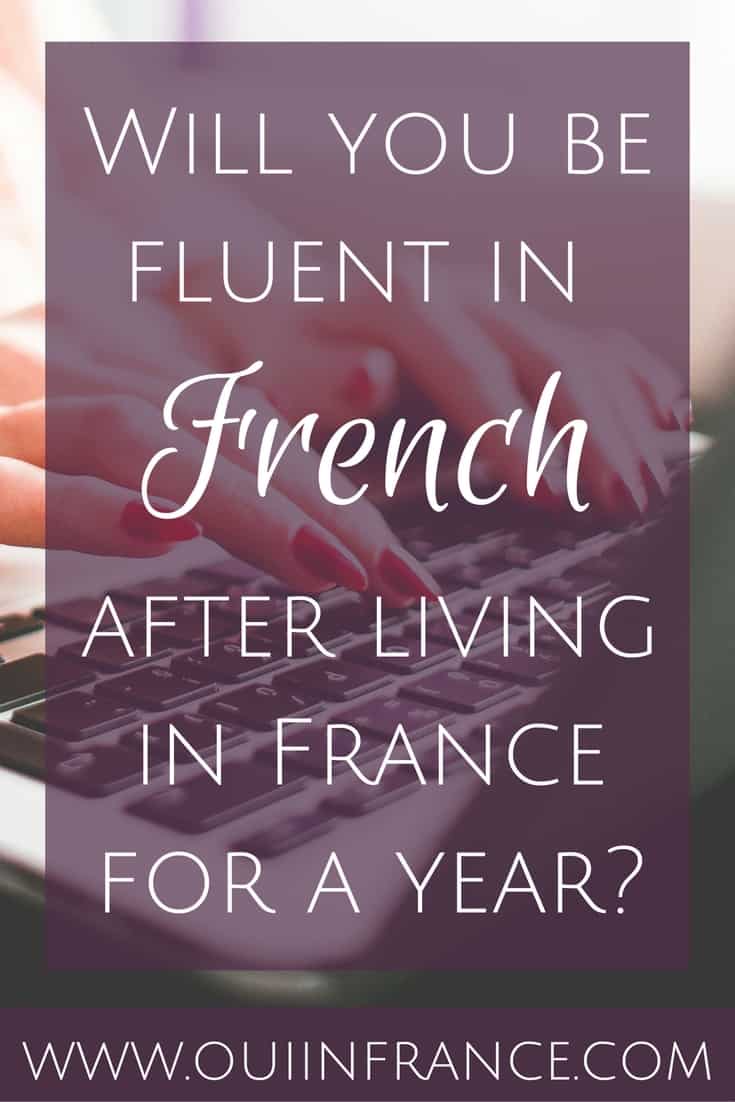 « Ask Tom Tuesdays: 7 Quick questions & answers
5 Reasons why you should go on a European cruise »