Since I started Ask Tom Tuesdays, featuring my French husband Tom, he’s amassed a bunch of questions that don’t warrant their own post but still deserve answers. So I’ve grouped them together for today’s Ask Tom Tuesdays. Here are 7 quick questions and answers.

New here? This is my French husband’s series. I’m often asked what my husband thinks about American (and French) culture, food, the people and more. Curious minds want to know what French guys think about all kinds of things, so today Tom is back answering some quick questions for you. Well, quick-ish.

Please note: Tom’s mother tongue is French and I don’t edit his posts in an effort to keep them as authentic as possible. He’s also not a blogger, so if you enjoy his series, please let us know in the comments and of course submit any questions you have for him here on my contact page! 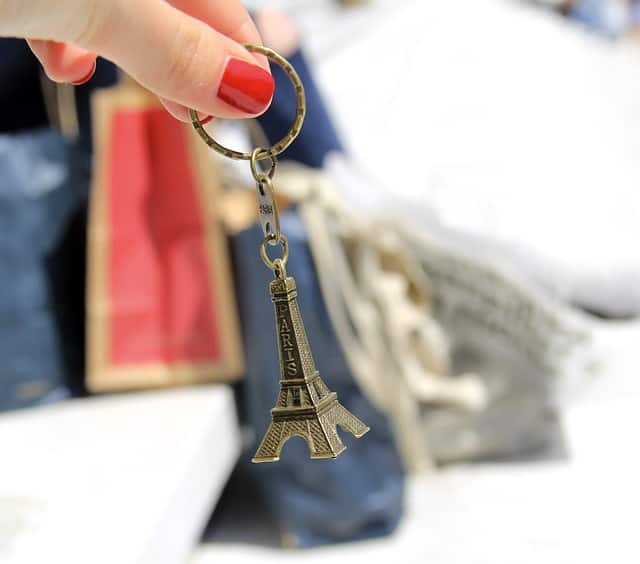 1. Why do French people pretend they don’t speak English when tourists ask for help?

So I think that what can happen in such a situation (being asked for help) is that the French person doesn’t understand the question (then there’s just no way to help) or does understand the question but doesn’t think he/she is able to actually answer with his/her very limited knowledge of English. As a result, in some cases I guess that instead of being very embarrassed or struggling a lot to just give an incomprehensible piece of information, a French person would choose to just say he/she can’t help because he/she doesn’t speak English.

So just try to remember that people don’t do that to be rude (most of the time, although there are jerks everywhere) but they just aren’t able to really answer (even when they do understand the question). And also important: If you want to ask for help, try to at least say « bonjour » first (in French, even if it’s the only thing you know. It shows a bit of respect towards the person you’re asking for help) and then ask your question slowly and enunciate. You might also get a better chance of getting an answer if you ask younger people (20’s or 30’s).

It’s just impossible for me to pick one dish ! I really enjoy food and I’m super easy with it, so I basically like pretty much everything !(Diane’s note: He’s lying. He hates cinnamon-flavored things, cilantro and ginger.)

But among all the traditional French dishes I really like (in no order) the galettes bretonnes (sort of large salty crepes stuffed traditionally with ham, egg, cheese and mushrooms, or just whatever you want ! That’s the greatness of it ! You can always make up a new version of it), the tomates et courgettes farcies (tomates and zuchinnis stuffed with a special meat-based stuffing), the tartiflette (recipe from the Alps region, a mix of potatoes, mountain cheese called reblochon, onions, lardons), also the raclette in a similar « category » (melted mountain cheese usually eaten with mountain charcuterie such as ham, saucisson), the moules frites (mussels and fries, traditionally eaten in the northern region of France and all over the seashore), the gigot d’agneau and the couscous (a « traditional » French dish imported from North Africa and that has been very popular here for decades) (Diane’s note: I thought he meant the rice-like pasta. But couscous here is actually a whole dish with the pasta part and usually veggies and a meat). I also love grilled salmon, even if it can’t be especially considered as a traditional dish. (I love salmon so much that I just had to mention it !)

Tom’s already written about that here! 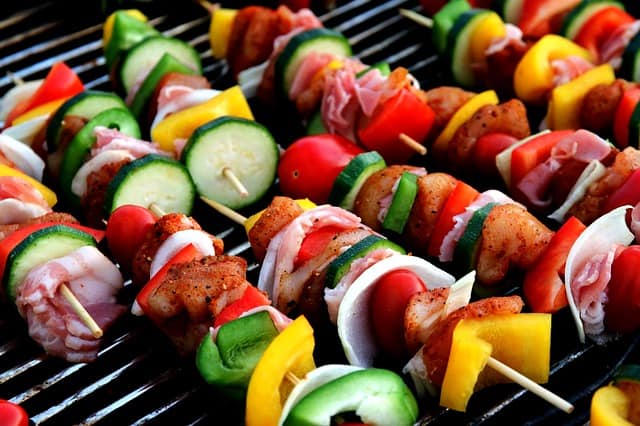 4. What’s your favorite “American” food to eat when you’re in the US?

More than a specific food, I’d just say that I love the American breakfast ! It’s not that easy at first to actually eat things with a salty taste in the morning, because French people grow up with a sweet breakfast tradition, between fruits, croissants/pain au chocolat, confiture, cereals, yogurts…

And I really fell in love with the bacon, scrambled eggs, sausages, omelets… and I also love French toasts (which despite that name we don’t eat that much in France, we actually call that « pain perdu ») and pancakes of course ! I haven’t changed my habits while in France, but whenever I go on vacation to the US, the American breakfast is really something I look forward to !

I would also add burgers in general (you can find good burgers in France, but the best ones I’ve had were always in the US). And finally BBQ, not only for the food, but mostly for the general experience of having a BBQ in the US (and prob because in France we don’t have hot dogs and burgers with BBQ and we don’t really invite the neighbors in the afternoon !).

5. What do you think of Americans speaking French? Are their accents cool?

I love when Americans speak French ! First, if I hear an American speaking French I feel proud, because it means that that person cares enough about my country, culture, that he/she made the effort to learn its language and communicate with it, so it’s always something I really enjoy, no matter if the accent is huge or minor. I do think the American accent is cool, and I’m not the only one.

Funny enough, as I’m writing this piece I’m also watching a French basketball game (yes I’m multitasking), and the commentator is actually American — George Eddy. He’s been a commentator on French TV for years now (probably around 20 years). He obviously speak French, but he still has a huge American accent ! This guy is very popular, and his « very american » accent is actually one of the big reason for his popularity ! People love listening to him (and he’s majorly credible about sports that are really developed in the US, such as basketball).

6. What’s one aspect of French culture the US should adopt and vice versa?

I think the US should try to develop a better healthcare system. I’m not saying here the French system is the best, but I do think there’s something very wrong with the US when I see a huge difference in the price of medicine and the price of health insurance ! Plus the fact that except if you are lucky enough to have great coverage from your company, having to always wonder how huge the bill is going to be or even if you should go to the doctor because you’re not sure you can afford it. And that many people lose coverage for their family if they suddenly lose their jobs. That’s not right.

On the other hand, one thing France should get inspired from in the US is the care for customer service. It’s difficult in France to have a really good customer service experience. That’s really something that French people would appreciate. 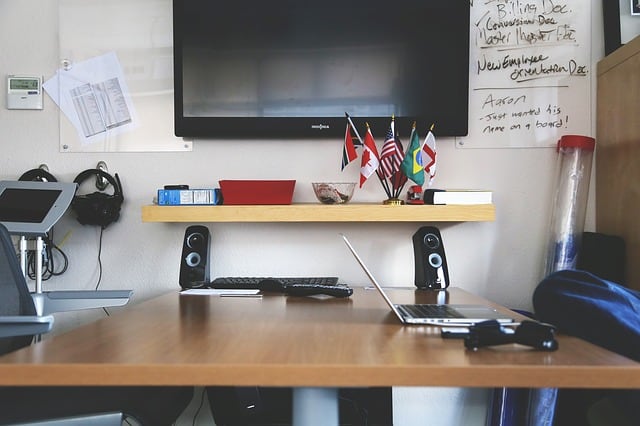 7. Do French people like American TV shows & which ones are the most popular in France? Which are your faves?

Yes, French people love American TV shows ! I don’t know the exact figures, but I’d say that around 60 to 70% of the TV shows broadcast here are American (I’m talking about the « story shows », not the talk shows, which are almost only French).

The mainstream channels broadcast popular shows such as The Mentalist, Person of Interest, CSI, NCIS. On those channels the TV shows are often one season behind the US. Cable channels (the ones that are not free) usually offer the best quality shows like House of Cards, Game of Thrones, Mad Men, The Walking Dead… You can almost watch all of the popular American shows on French channels.

In most cases on mainstream free channels, they’re dubbed (on the cable channels you can pick between the original version with French subtitles or the dubbed version with French voices not matching up to the English speaking lips on the screen). But more and more people are getting used to watching American TV shows on the internet in streaming, so the channels try to offer on demand TV shows the day after their release dates in the US, although that option is usually not free.

As always, a big thanks to Tom for taking the time to write on my blog. And if you like his series Ask Tom Tuesdays, would you take a second to let him know in the comments?

If you have a question for Tom, please email us here!

The differences between French & American women

What French tourists think when visiting NYC for the first time

« Monday Mishmash 6/1/15
Will you be fluent in French after living in France for a year? »