Hi Tom, Americans aren’t known to be huge soccer fans but my friends and I enjoyed watching the World Cup last month and it got me thinking about cultural differences between sports in France and the U.S.

What’s your take on American sports and how do they compare to sports in France? — From Jim in Texas

Thanks for your question, Jim. It’s true that even if sports are pretty universal, I’ve noticed a few differences in their practice and popularity between France and the U.S, so here are my thoughts about it.

I’d start by probably the most obvious thing, being that popular sports in France are not necessarily the same sports as in the US.

In France, the most popular sport is by far soccer (I mean, what American people call “soccer,” because here we call it “football” as British people do). It’s number one by the number of players, fans, and of course its presence on TV. You can watch soccer almost all year long here. See, the French championship (20 teams) has 38 weeks in a season, then you can add the “cups” (2 national cups, and Europeans cups) without counting the extra competitions like the World Cup or the Euro Cup (competition between nations). And on top of that, you can watch championships from the other European countries! (most popular being English premier league, the German, Spanish and Italian one).

For those who wouldn’t already know it, a soccer match lasts for 2 halves of 45 minutes with a single 15-minute break. Sometimes I think it’s one of the reasons why it’s not as popular in the US, because it’s not really suited for American TV (you can’t put enough commercials!). Then I’d say that among the popular sports we find rugby, tennis, basketball, handball, cycling… you get to see a little bit of everything if you have a special sports TV channel. 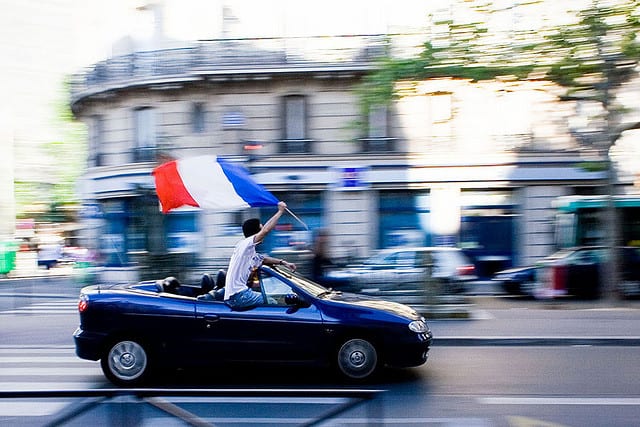 So what about American sports?

The NBA is pretty popular here, especially among teenagers, even if the time difference doesn’t help. Games are broadcast live during the night, and as far as I can remember it’s always been like that. Even when I was a kid we got to see Jordan and his mates, just once a week and on a special channel but I grew up with that. And yes, it makes me feel really old talking about Jordan! With the new sports channels and the few French players in the league its popularity is even growing more.

Now, football (note that we call it “football américain” to not mix it up with our football) and even more so baseball seem pretty exotic for us. Very few people know the rules and even fewer people play these sports in leagues. On one of my sports channels, I get to watch one football game a week (delayed and the channel picks the game) and of course they broadcast the Super Bowl live (starts at 12 a.m. here).

I like watching football. It’s spectacular and really fun to watch (although I don’t like that it stops so often), but I’ve been to a baseball game once, and I got really bored. It felt very long and frustrating because I don’t understand the rules! (no offense to baseball lovers! I do love baseball caps though). The food was great, too! In terms of competition in France, there’s no professional championship for those sports here, but we do have one for hockey (where most of the best players are either from Canada or eastern European countries).

People also watch Formula 1 here (Diane might say I watch it a little too much), but I have to say that Nascar is getting more and more popular among the fans of car racing! Especially because a lot of them are frustrated with the new regulations of Formula 1, making it less enjoyable.

I’d say that our “exotic” sports for an American eye are probably rugby and handball. But I must admit that I was surprised to see that USA had a rugby team at the last World Cup! It might not be such a restricted sport after all. Now I’m still pretty sure that handball is really unknown on the other side of the ocean. 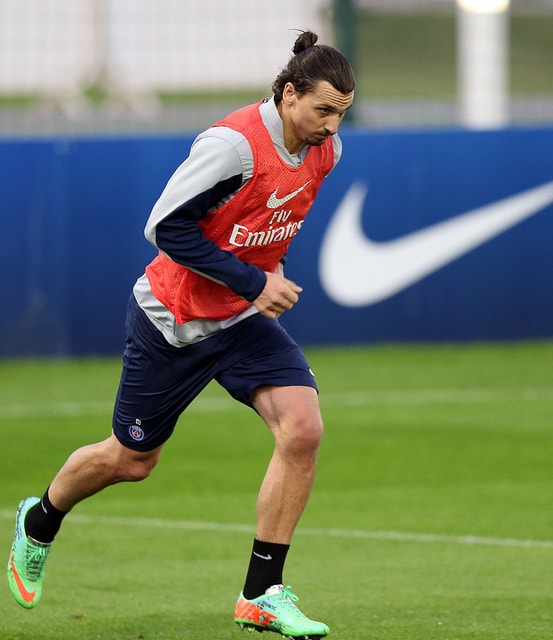 A major difference in professional sports is that we don’t get the franchise system here. What does that change? Well, taking the example of soccer, the team that finishes at the first rank of the championship at the end of the season wins it (pretty simple so far!) but the 3 last teams (among the 20 remember) get to play in a lower league the next year when the first 3 teams of that minor league step up to the upper one. Whereas with the franchise system, even if your favorite team finishes the season last, it’ll still play in the same league the year after. The result isn’t the same at all.

I’d also add that a team is linked to a town. Unlike in the US you can’t move a franchise from one place to another just because you want it (if the owner sells it or just think it might be more profitable if the franchise play in another town). So the New Jersey Nets becoming the Brooklyn Nets wouldn’t happen in France.

I also have to mention that here, for several sports there are no playoffs, just a regular season and the winner is the one at the first place of the ranking (soccer, handball), but some sports do have playoffs (rugby, basketball).

From my own experience attending a sporting event in the US (especially for the major leagues) can be very expensive. My only real experience (except that minor league baseball game where I almost fell asleep) was the U.S. Open for tennis and an NBA game, Brooklyn Nets. I was really surprised to see that people would arrive real late (even way after the game already started) and wouldn’t cheer or support their team that much (especially since it’s expensive!

Now yes maybe I should have gone to see the Knicks since I know that the Brooklyn Nets are a new team). I think in the US it’s more about the experience, the show (you go to a game, have a good time, eat and drink there). Venues that I’ve seen are modern, well equipped, seemed safe. It’s not always the case in France.

“Especially in soccer, some fans can be violent, but I’d like to say that it’s a minority.”

And you don’t risk your life attending a football match although I wouldn’t say violence doesn’t exist.

Path to the pro level

Another major difference in the sport culture relates to the way you become a professional athlete or player. We’re aware (through TV shows and movies, yes we have a lot of American ones here) that in the US the usual way to become a professional is via university. It’s very different here, university isn’t about sports at all! There are no teams of any kind that represent a university (note that the large majority of French universities aren’t private, with no real means to have teams). Everything goes through the “clubs.”

You play sports at school, but it’s just an activity like the other disciplines you learn. You get a taste of almost everything (then you can pick what you like). If you really want to practice a specific sport and you’re good, then you get a membership to a club for soccer, rugby, swimming, whatever you want and would get scouted there.

You usually practice your sport on Wednesdays (day off for kids) and play matches on the weekends. When you’re very good you get spotted and can move to another club, become a member of a regional and/or national team. Kids recruited like that often go to a special school (owned by the clubs) where their schedule is made to get the same program as in any other school plus extra time to play the sport.

Want more Ask Tom Tuesdays? Click here to see his past posts! Have a question for Tom? Email it to me HERE.

« A day in Nantes, a post I liked and all-new Ask Tom Tuesdays tomorrow
France subscription box: Vineabox is for wine lovers »