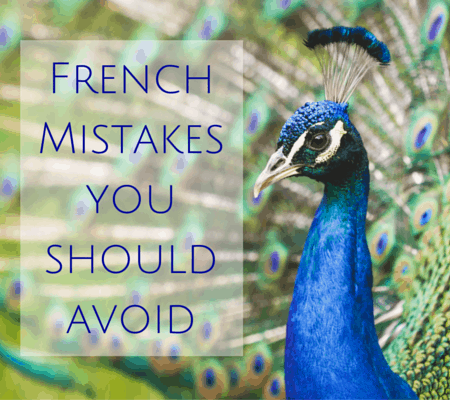 If you want to get a feel for French language embarrassment firsthand, you could just strap a GoPro to my head and follow me for a day. Well, if I’m being truthful, at this point my daily life doesn’t provide that much comical fodder but it did. From language mishaps to cultural misunderstandings, learning and trying to speak a new language as an adult is hilarious. And I laughed at myself a lot (and so did other people!).

So whether you’re just starting out with French or you’ve been speaking French for ages, steer clear of these conversation killers.

Here are 5 embarrassing French mistakes that you should do your best to avoid!

So above, I mentioned my life doesn’t provide THAT much comical fodder but that’s kind of a lie. I just wrote that in the intro, so if someone just reads the first part of the post, they’d think I was totally confident and awesome at speaking French. Truth is, I mix up words all the time and sometimes it’s funny. Like these French mistakes that I may or may not have made. Whether you’re a beginner or totally fluent, you’re not immune to a slip of the tongue!

This list could be three times as long but here are the top embarrassing French mistakes you’ll want to avoid:

1. Do not ask if a food has any préservatifs in it

This is one of the top French mistakes that foreigners make. If you want to know if there are additives or preservatives in your food, you want to ask about conservateurs. If you’re talking about jam or preserves, you can say confiture. But if you ask about préservatifs, that’s the French word for condoms. Got it?

The first is a vulgar word meaning to have sex with and the second means “to lower.” Like lower the price of an item, or the temperature or even your body. Baiser and baisser sound similar and are easy to confuse if you’re not careful. So be careful, OK? A single “s” sounds like a “z” and the double “s” sounds like an “s.” If you like this sort of thing, I did a whole post on words that have similar pronunciations (with audio) but can get you into hot water. 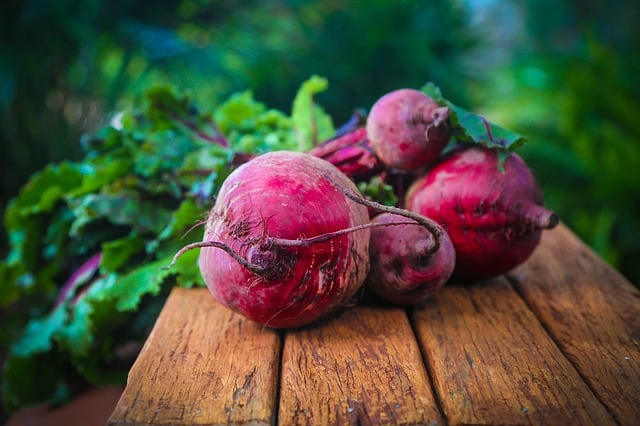 3. Remember the French word for beets is betteraves

Don’t know the French word for beets? Do not say the English word beets with a cute French accent at the dinner table (like I did upon meeting my future in-laws for the first time) unless you want to raise some eyebrows. Bite in French means dick and sounds pretty much the same as the root veggie in English.

If you’d like to introduce a friend to someone, make sure you présente the person, as in je te présente Diane. Don’t introduire anyone, as in je t’introduit Diane. Introduire quelque chose means to insert something into something else and sounds sexual and weird (although in formal contexts I believe it’s technically correct but don’t use it in normal conversation). You use présenter in French if you’re looking to introduce someone.

If you want to say that someone is good at something or just good in general and are tempted to say tu es bonne to a woman, watch out. You just said the person is sexually appealing in a crass kind of way. The seemingly innocuous bon/bonne is not always as it appears. In this sense it’s hardly innocent. Tu es une bonne amie is fine. Tu es une bonne personne. Great. But don’t tell a woman she is bonne. Not to be said in polite conversation.

If you want to tell someone they’re good at something, as in skilled, you can say tu es fort(e) ou doué(e). Strangely enough if you tell a man tu es bon, it just means he’s good and is NOT sexual at all. So keep in mind that if you’re telling a woman she’s good at something, make sure you clarify with context and don’t just leave it at tu es bonne. This is one of those French mistakes that’ll get you in hot water very quickly.

Remember, if you’re making the above French mistakes, it’s a good thing. Really. It means you’re taking risks and using words and phrases you’re not 100% sure about. That shows confidence and a willingness to put yourself out there. Otherwise you’ll never talk and you’ll never improve. It’ll be a little embarrassing in the moment, but making mistakes is how you learn. 😉

What embarrassing French mistakes have you made lately?

« Wednesday Mishmash: Colorful Rue Cremieux in Paris
7 Things I never did until I moved to France »