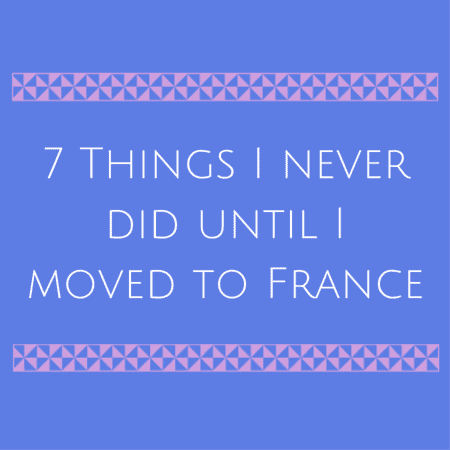 As babies, our parents carefully note all of our “firsts.” Our first word, first time we crawled and walked are written and dated in a baby scrapbook somewhere. But even as an adult, life is full of exciting firsts that are worth noting.

Here are 7 things I never did until I moved to France. 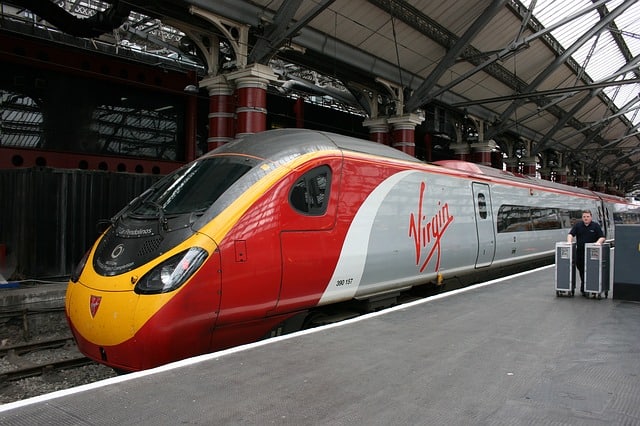 In the US, we have trains but since the country is so big, most people choose to fly everywhere (with our measly 2 weeks of vacation, no one has time to travel by train). In Europe, train travel is the way to go! The trains in France are fast, super accessible and reasonably priced and we’ve taken them around France and also to Brussels, London and other destinations. No need to fly when you have the TGV to make your way around Europe!

I’ve become very good friends with Kirs and Kir Royales. Some white wine (or Champagne) with a flavored syrup is quite tasty for apéro. We do have French liqueurs in the US but I never really branched out and tried them until I moved here.

3. Paid tolls with a debit card.

France’s toll plazas accept cards for payment so you don’t have to fumble around in your cup holder for the coins you need. And that’s a good thing because tolls are NOT cheap. From where we live to Paris, it’s over 30 euros each way on the autoroute (4-hour drive) so coins won’t cut it! Using a card usually keeps the line moving too so you’re not waiting for 10 minutes while people in front of you count their coins.

I tried it once here in France and never again. Not only do I not like the cruel way it’s made, but the taste and texture just don’t add anything to my life. I know duck liver is something many consider a delicacy but I’m happy that it’s one less expensive thing I have to buy for myself.

Europe is full of low-cost airlines that make getting around Europe a breeze. Sometimes the airports aren’t right in the city center (Think Beauvais, not Paris). Companies like Ryanair and EasyJet are known for their low fares and no-frills service. If luxury isn’t what you’re after, low-cost airlines are worth a look if you can make do without meal service. We’ve flown low-cost around France and Europe and have had good experiences.

Ahhhh, the bisous. It’s commonplace to faire la bise in France when you’d typically hug someone in the US (remember, the French do NOT hug!). Friends, family, sometimes even coworkers and acquaintances will lean in for a couple of cheek kisses every time they see you and it can take some getting used to if you’re a hugger. Back home, I think my great aunt would do a cheek kiss but it was paired with a hug. Here, people of all ages greet each other with a bise, or several.

You don’t just say hi. You say hi monsieur. You don’t say bye. You say bye, have a good day, see you soon. The French are socially polite and certain greetings are just expected. Are they superficial or sincere? I don’t know. But French politeness is real and it makes me smile. The social niceties don’t exist on the same level in the US. I’ve completely adapted when it comes to politeness and rattle off the au revoir, bon dimanche, bon week-end just like everyone else!

What are some things you’ve done for the first time after moving abroad?

11 Things I’d never seen or done until I moved to France: Part 2

Mistakes I made when I moved to France