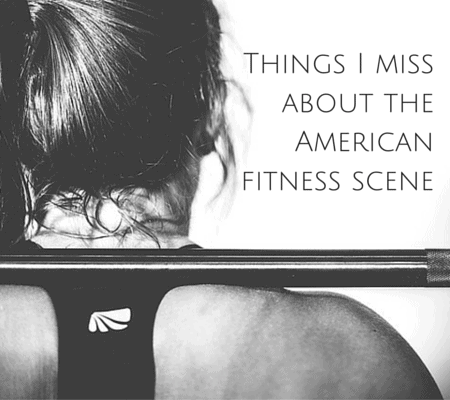 We have it pretty good in the US when it comes to all things fitness. Even suburbs have a variety of gyms, classes and activities to keep even the most energetic fitness nut from getting bored. I didn’t realize just how good I had it until I moved abroad. Here in my little corner of France, the fitness scene is severely lacking.

Here are 3 things I miss about the American fitness scene (and 4 things the French win at).

People I meet for the first time always ask me if I like living in France. I do and I tell them that. The next question is what don’t you like/what do you miss?

There are plenty of little annoyances that get under my skin but generally speaking only a couple of things really, really bother me about living in France. Stores closing early is annoying, not the end of the world. Same goes for dog poop everywhere and stores being closed on Sundays. Not the hugest deal.

But what’s at the top of the list for things that actually bother me? We’ll talk about that another time. But if we’re talking about things I miss, the severely lacking fitness scene in small-town France is one of them. For some this may sound silly, but for me being active is a huge part of my life. Coming from a place where the options were endless back in NYC, well, not having an awesome gym and plenty of cool studios to sweat it out in has me gloomy if I think about it too long. CycleBar, PureBarre, Orange Theory, PLEASE COME TO FRANCE!

What I miss about the American fitness scene:

France understands the work/life balance, but sometimes they understand it a little too much and business hours become majorly inconvenient for people who want to get things done early or late. Or have to work early or late. This carries over to gym hours as well. Not everyone works out at home or in the park.

My neighborhood gym in France opens at 8:45 a.m. and closes at 9 p.m. Oh, and they’re closed all day on Sunday. They also are closing for two weeks in August starting today (we still pay the full membership cost for the month). That’s not convenient at all if you want to work out before work or after dinner. The first class isn’t until 9 a.m. or after on most days. But I adapt.

Women in the weight room

French women haven’t gotten the memo that lifting weights does a body good! Once in a while I’ll see a fellow woman in the weight room and it is getting more popular, but most of the time it’s me and the guys. I’m OK with that, but it can get lonely out there! If there is a fellow woman, she’s probably not picking up anything heavier than 10 lbs. Women lifting weights is not mainstream yet in France like it is in the USA. Yes, women care about fitness but there are fewer hardcore types here. Maybe it’s different in big French cities.

In my suburban New Jersey town, I had my choice of about three full-service gyms and 10+ specialty studios ranging from indoor cycling, to bar workouts, to yoga and Pilates to Crossfit and more. Drive 10 minutes and there were about 10 more gym options. And in NYC after work? It was almost impossible to pick a class because they were all amazing and taught by some of the best in the biz.

As long as I had the cash, I could go a whole month without taking the same class twice and I LOVED that. My gym was big and modern and had a fab variety of classes as well. Just the variety was motivating! My gym in France is the only full-service gym in town and doesn’t compare at all. Class variety is minimum, scheduling isn’t convenient, and it’s not a motivating atmosphere. And studios? They don’t really exist on the same level, although in recent years, a Crossfit gym and Pilates place have popped up. They also hate mirrors. But comparing NYC to where I live now is not a fair comparison because it’s not apples to apples. 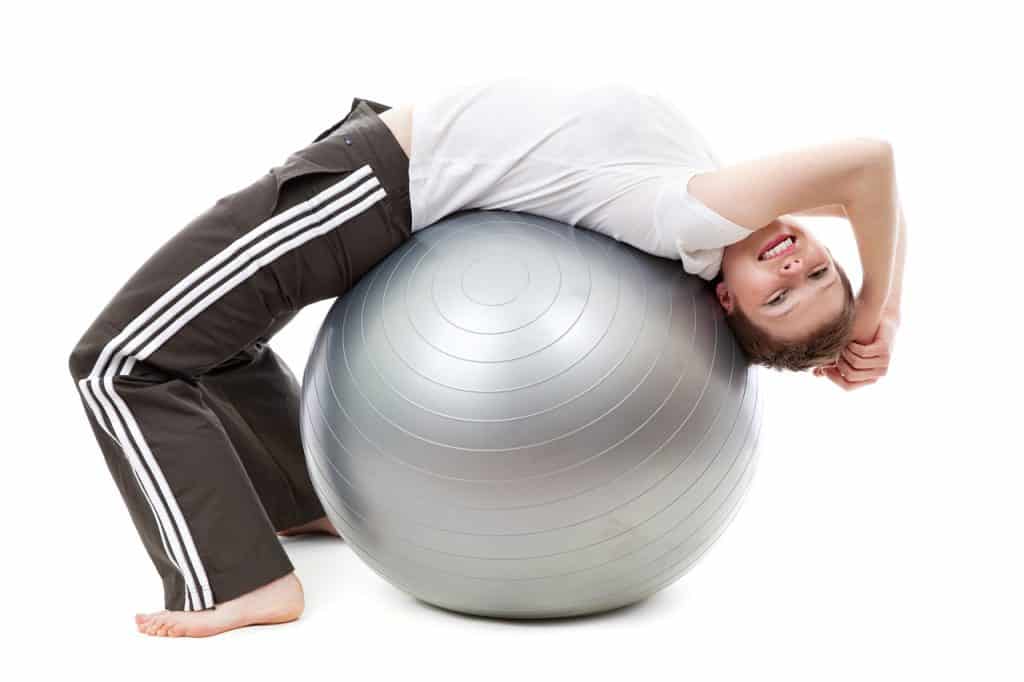 For everything I miss, there are a couple of things I definitely do NOT miss about the US fitness scene.

Here in France, the French win at:

No one is competing with anyone else and no one is dressing to impress (although wearing a cute outfit definitely helps me to have a more productive workout, maybe it’s just a mental thing). We’re all just there getting our sweat on. I will say that once people are done sweating in their non-fashiony gym clothes, they usually do put on something fashionable to leave the gym in — whereas I like fashionable gym clothes and have no problem going out on the street in my fly capris and colorful sneakers.

Not afraid of being sued.

In France, the rules matter to an extent but are there to be broken. Suing people for minor things isn’t commonplace here — probably because medical care is affordable and attitudes are different. I sprained my ankle badly in a dance class and I showed myself out (hopping on the good foot all the way out. Everyone stared. No one helped). No one on the staff lent a hand aside from throwing me an ice pack. In the US, the staff almost bends over backwards to help. Maybe they’re just trained on these sorts of things or are naturally super helpful. Or maybe it’s because they want to follow procedure to avoid a lawsuit.

The men enjoy fitness classes as much as women.

My BODYCOMBAT class always has about 5-7 guys and the cycling class is half guys. Even Zumba and BODYJAM have a few token men! I like to see everyone having fun, regardless of one’s sex. Going to fitness classes isn’t just for the gals like it sometimes was in the US. Half the instructors are guys too.

They understand everything in moderation.

If someone bakes a cake and brings it to the gym, everyone has a piece — including the trainers. I’m sure some people are super strict and don’t indulge, but for the most part, everyone’s happy to take part in a little dessert without the guilt. In the US, bringing a rich cake to the gym would be taboo and everyone would be complaining about how they can’t eat that for whatever reason and be mad someone had the audacity to parade a cake around.

In France, people seem to take it easy and just enjoy all of life’s little pleasures… like cake!

Anything you’d add about gyms in the USA versus France? What do you miss about the American fitness scene?

How your health & fitness routine changes when you move abroad

What I do for fitness in France

The importance of finding exercise you enjoy