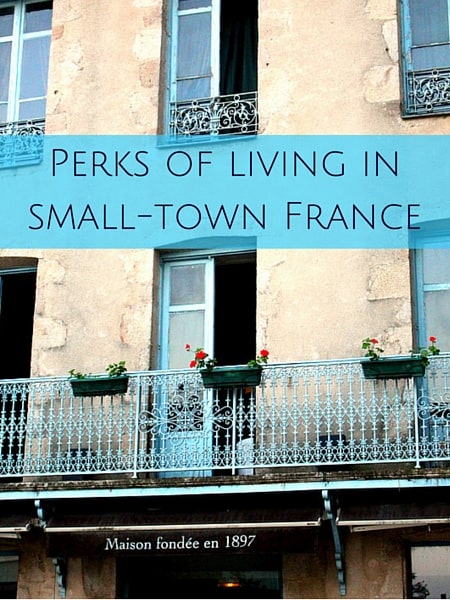 As a teen growing up in suburban New Jersey, my friends and I would often complain about how there was nothing to do and how our town was so boring. But now looking back, I appreciate my childhood so much more than I did in the moment. While my hometown may have been “boring” through a child’s eyes, it had a lot of great things going for it like top-notch public schools, a safe community and more. Now it’s 2016 and I find myself living in a small town once again — just across the Atlantic ocean this time. How does it compare? And what can my adult self appreciate about small-town living?

Perks of living in small-town France

I don’t live in Paris and never have. The only big city I’ve ever lived in is New York City (best city in the world!) and while big-city living has its advantages, as a foreigner there are also perks to living in a small town. I’ve lived in the Maine-et-Loire department of France for just over 4 years now and my town isn’t rural by any means but it’s not a bustling big city either. There are pros and cons to both big-city and small-town living but let’s focus on the positives here!

Here are the perks of living in small-town France:

Sometimes expats in big cities say that it’s hard to learn the local language because natives want to practice English with them or they’re surrounded by other English-speaking expats. Or they’ll remark that natives will switch to English after realizing the foreigner’s level in the native language is below their level of English. But in small-town France? Most people do not speak English at all so French will be a necessity. While scary at first, being forced to speak the language is most definitely a good thing. It makes you step outside of your comfort zone and we all need that every now and again.

Loud, packed full of people, smelly and sensory overload galore. Big cities are overwhelming enough when they’re in your own country, but add in a new culture and language and they can be crippling at times if you’re a foreigner. Small-town France life can be easier to navigate and acclimate yourself to when you aren’t surrounded by millions of other people all trying to get from one place to another. The pace of a small town can also be easier to handle. 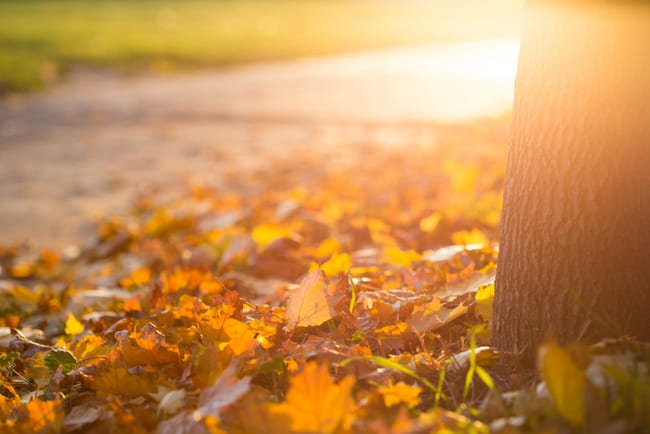 City living isn’t for everyone and there’s something to be said about peace and quiet and waking up to birds chirping outside your window. Stillness around you makes it so much easier to calm a busy mind and just be. Honking horns, people yelling, loud music and other city sounds just aren’t part of my life anymore on a regular basis and I have no complaints!

Generally speaking, you get more for your money when you don’t live in a major city. So instead of paying $2000/month for a studio, you can get a whole 2-bedroom place for much less! Of course this depends on where you live and what your personal needs are. Groceries, restaurant prices and even transport tend to be less expensive as well when you don’t live in a huge city.

You get to experience the charm.

OK, it’s not that Paris doesn’t have any French charm but spending time in a little village in Provence will leave you with a much different vibe than staying in a global city. You’ll see more mom and pop shops that close for lunch (it’s quaint but there’s also a flip side since you can’t get anything done at lunch) and everyday French people going about their lives at a much slower pace than you would in Paris. Smaller villages just ooze with French charm in a way that Paris does not. It doesn’t make them better, just different. Both experiences are worthwhile!

You may make more authentic connections.

In a busy city, you’re just one of hundreds of foreigners that business owners will see each day. You can absolutely get to know people you see regularly at the pharmacy and bakery, but you’ll probably have to go there daily for a bit before anyone will take notice of you. In small-town France, everything is more relaxed and you’ll get to know the people you see every day much quicker.

That’s not to say that tourists in Paris don’t become friendly with their local boulanger but it just seems to happen much more quickly and regularly when you live in a small town. They may not know you by name but you’ll start to recognize people around you who seem to have the same routine. For me? That lady in the park that always seems to power walk at 10am sharp when I’m out with the dog. The realtor who takes his smoke break at 6:15 when I’m walking to the gym. The cashier who works at Intermarché self-checkout. The list goes on.

Do you live in a small town? Any positives to add about living in small-town France?

How living in France helps me to embrace a sustainable lifestyle

Challenges of of living abroad in France