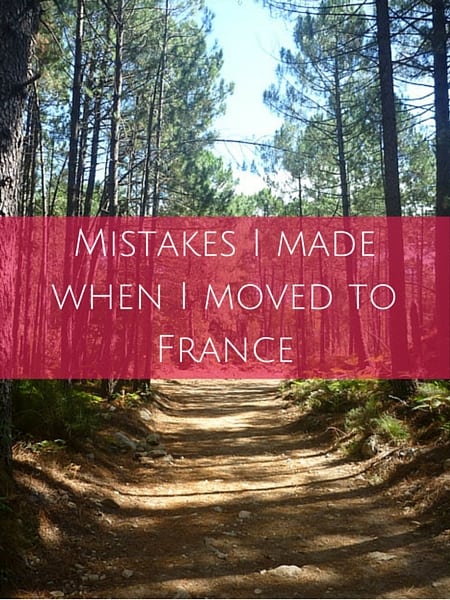 Are you ever hard on yourself? Maybe you made a few “mistakes” that really weren’t that big of a deal but you look back and think you should have done things differently? I think it’s only human to feel that way sometimes and look for areas of improvement. I try not to dwell too much on rewriting the past because after all, even if we made mistakes, we hopefully learned from them. If we’re being honest, my transition to living in France wasn’t a perfect one.  What mistakes did I make? (We’re not talking about language mistakes here!)

Mistakes I made when I moved to France

Mistakes are a part of life. Sometimes they’re little ones and other times they’re full-blown whoppers. If you’re moving abroad in the future or have done so recently, maybe you can learn from my mistakes. I’m working on all of them. 😉

Top mistakes I made when I moved to France:

Tom’s level of English will always be better than my level of French and because of that, early on in our relationship we got in the habit of speaking to each other in English more than half the time. As his level of English continued to improve, my level of French has kind of stayed the same and I haven’t forced myself to work on it as much as I could have. Or maybe I’ve improved but not to the level of Tom’s English. If I had been more strict with myself — and patient — and forced us to stay in “French mode” I’m sure I wouldn’t be kicking myself now.

It’s never too late to change one’s habits though so we make an effort to speak more French. But it takes patience on both ends. If your goal is to improve your language skills, don’t fall into the easy habit of speaking the more dominant language! Your habits early on will set the pace for future communication and they’re not so easy to change.

Solution: If your partner’s native language isn’t the same as yours, force yourself to speak in each language 50% of the time (if you want to learn it, that is). Have French hours and English hours or days. Make it a game.

Not putting myself out there enough.

It’s tough to move to a new country and I’ve written about that here. I don’t live in a big city but I have tried to get out there and talk to people (went to a Mormon church despite not being religious, joined meetup groups online and met some people that way which didn’t really work out, and hit the gym whenever it’s open). I have a few gym acquaintances and just the other day I met a new member who recently moved to the area and even as a French woman who is outgoing, she told me she has trouble talking to people at the gym — that people seem kind of close knit and not overly friendly. That made me feel better — not that she is having trouble talking to people too, but that even as a French person it’s not easy! I always think, “Well if you’d just try harder, maybe things would be different now!” But honestly I don’t know.

Solution: Push your social boundaries from Day 1, even when you don’t feel like it.

It’s so easy to have tunnel vision when you’re focused on only your problems. What do I mean by this? I mean that sometimes when one life problem is bothering you, it’s easy to cast the blame on your new home – in my case, France — and not take time to appreciate all the positives in your life.

If a work or a family issue was getting me down, instead of seeing that for what it was (a normal life problem everyone faces from time to time) and actively brainstorm solutions to it, I’d instead focus on everything else in my life that was getting me down. I’d then start seeing all these little annoyances about France and get mad about them, lumping it all into a “I HATE FRANCE” tirade.

In reality, that’s not true at all, but it was easy to let one life problem turn into a sweeping generalization that made no sense. France became my verbal punching bag at times and it wasn’t fair to my French husband who had to listen to my nonsense when I’d get in one of these moods. I could make a list of 10 pros and cons about any place but it seems like when you’re stressed or upset about something, it’s so much easier to focus on the negatives around you and let everything get sucked into your vortex.

Solution: Take a step back and acknowledge what’s bothering you before it snowballs into something else. Try to ground yourself in reality with rational thinking. Call a friend or family member, maybe journal for a bit or take time to clear your head by going for a walk. More likely than not, it’s a “you” problem. And an uncomfortable one you need to address head on. 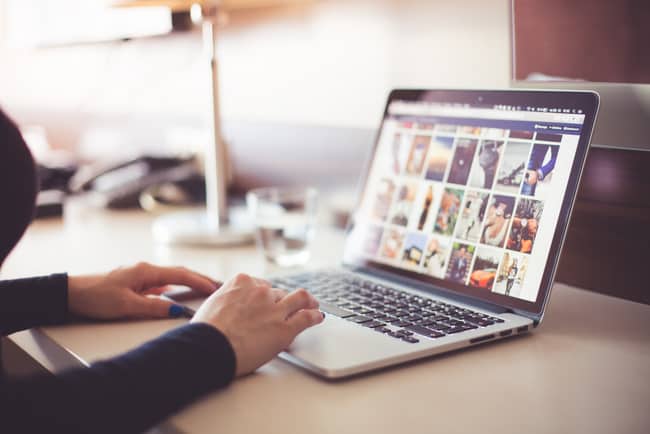 Letting Tom take care of all the complicated stuff.

If I was here in France alone, I’d have to handle bills and health care summaries and important documents and meetings on my own because I wouldn’t have a choice. But because my husband is French, I used to pass any complicated pieces of mail his way to figure out when I first moved. He’d make the call to resolve any issues that came up. I think the move in general was overwhelming at first and I just did what was easiest — let Tom handle the hard stuff.

Since then, I’ve made it my business to handle as much as I can as far as booking appointments, speaking with workers, resolving issues. etc. I know what we pay for monthly bills and our mortgage and have a firm grasp on banking but it took time. Even still though, if there are ever any big issues with anything involving the house or our medical coverage, I’m not the one resolving them. It’s probably better that way! Just being honest.

Solution: Start asking questions and become a major part of everything going on in your household from the beginning. Insist on it even if it’s easier for your partner to handle these types of things! Take on what you can handle a little at a time and have your partner stay within earshot if you run into any communication issues.

Not joining the gym right away.

Fitness has been a part of my life since college but when I moved to France, I quickly learned my small town didn’t have the same type of gym facilities I was used to. The only gym here in town I could walk to had old equipment, just a few classes and was not motivating at all. So for over a year, I worked out alone at home or at local parks instead of spending the money on a gym membership. Eventually my solitary routine got boring so I joined my local gym and it was the best decision I ever made. Anyone I consider an acquaintance or friend here is someone I met through my gym. For the social aspect alone, joining a gym was worth it!

Solution: If there’s an activity you really enjoy, seek out a club or association right away. Don’t delay! As I said, it was the best thing I’ve done for myself (both for my health and social circle)!

What about you? Can you relate to the mistakes I made when I moved to France? Any mistakes to add when you moved abroad?

« French cheek kisses: La bise explained
To pee or not to pee… on the sidewalk »