Every now and then, the French language tickles me when I come across a fun-to-pronounce word or a word that’s just delightful to my ear. The other day, Tom and I were watching a news program when “les aoûtiens” flashed across the screen. Not knowing what the word meant but having an idea from the context, my ears perked up. Then Tom confirmed the meaning and it made me smile. Of COURSE the French have a word for this. 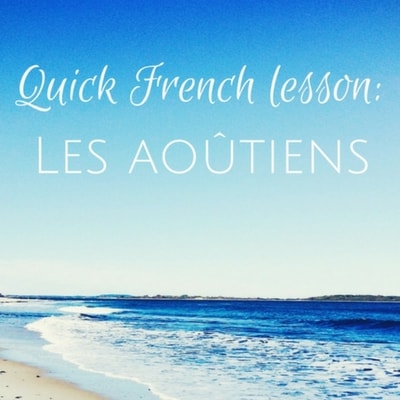 The French (and many other Europeans) live for their summer vacation and often jet off somewhere for 3 or even 4 weeks without their employer batting an eye. It’s their right as an employee and France understands the need for rest and relaxation better than anyone. With a mandatory 5 weeks of paid vacation for employees (plus a handful of holidays), France is onto something so, so good. In my 5 years here, I’ve seen what an integral part vacation plays in the lives of French people, forcing them to get away, unwind, and live life.

Summer vacation is all anyone talks about this time of year with chitchat almost always starting off with something related to where you’ve just returned from or where you’re going. Forget about a measly 2 weeks of paid time off if you’re lucky in the USA; the French know all about the work/life balance and use every single day of their vacation. Again, it’s their right. I love that about France.

This is the France I love… a love letter of sorts >> 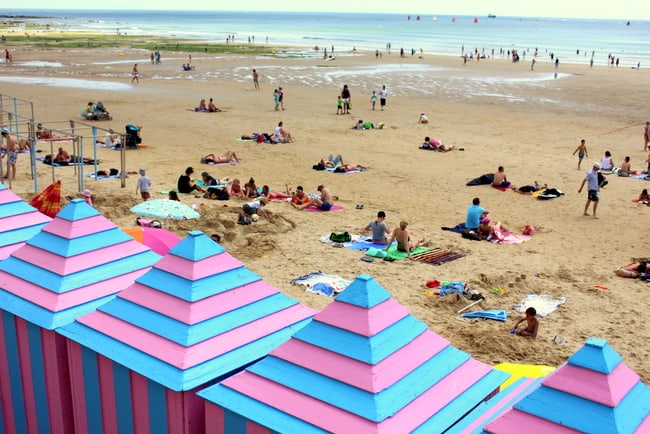 So back to les aoûtiens. I may have heard this word over the years but never really paid attention to it. It wasn’t until the news program about weekend traffic the other night that I realized what les aoûtiens meant.

The term refers to people who vacation in August!

Août is the French word for August. Just to tickle you further, they also call those who vacation in July…. you guessed it… les juilletistes. Don’t you LOVE that?

Last weekend was particularly significant because les juilletistes and les aoûtiens were in the process of returning home and setting out on vacation, respectively, and it caused major traffic jams pretty much everywhere.

It’s fitting that the French have a word for this and it made me chuckle. In English, we’d need at least 2 words to express the same thing: August vacationers, August holidaymakers, those who take vacation in August, etc. In French, everyone knows what aoûtiens means and over half of all vacationers aller en vacances in the month of August.

The French language has plenty of words that make me smile (and make me hide), but nothing explains the importance of vacation culture in France and their take on life’s priorities as clearly as les aoûtiens. It’s normal. It’s French. And it’s wonderful.

Les aoûtiens refers to so much more than August vacationers. It refers to a way of life in a place that understands how important it is to relax and recharge.

Let me be all French and ask you about your summer vacation… going anywhere? Are you an aoûtien/ienne? Have any French words made you chuckle?

P.S. In blog news, I have a new look coming soon and I can’t wait to show you!

« Why I read your blog and keep coming back
A new look! »