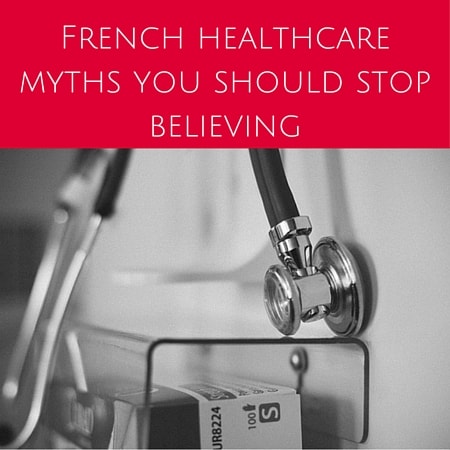 Let’s look at some French healthcare system pros and cons and the myths people believe about how healthcare is done in France.

Let me kick this off by saying my thoughts here on the French medical system are based on my own personal experiences. I don’t claim to know everything (far from it!). The myths I talk about below have come directly from readers and other people I’ve come into contact with over the years.

Also, healthcare is a complicated and emotional topic so please keep your comments respectful if you choose to leave one below. You can read more about how healthcare works in France here (in French).

First, to give you some background, the French medical system is a universal service comprised of a network of public and private hospitals, doctors and other medical service providers. When you go to the doctor in France, payment is expected at the point of service and people in need of healthcare are not turned away due to age, employment status or pre-existing conditions.

David Lebovitz has a nice post linked here about French healthcare for travelers, so check it out.

Myths about the French healthcare system: 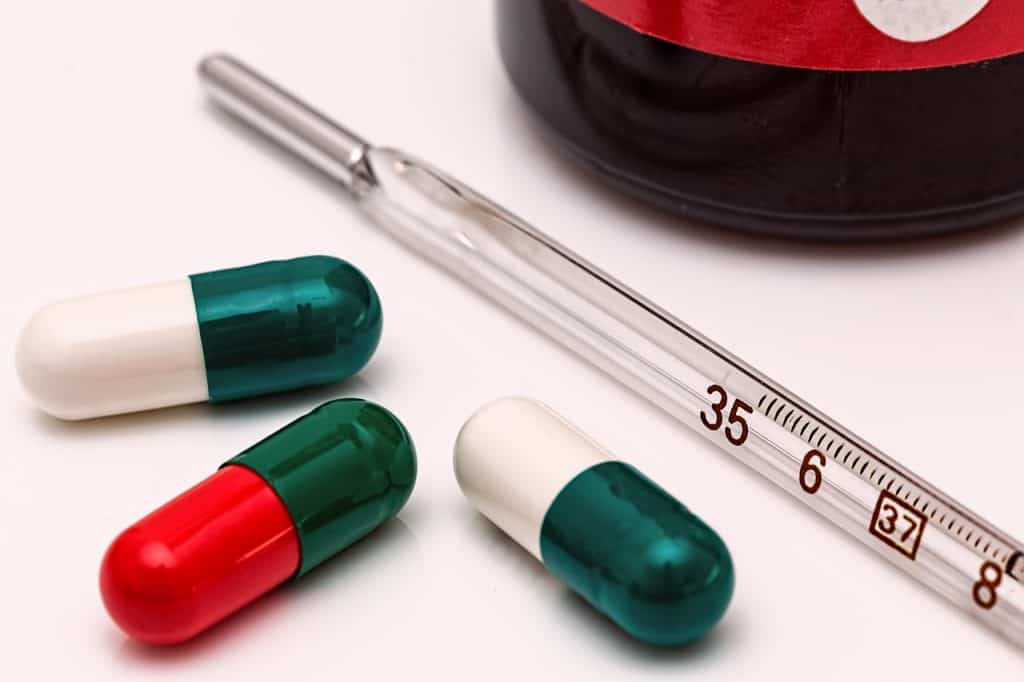 Myth: That everyone gets coverage.

Only French citizens and legal French residents are covered by the French healthcare system and will be reimbursed — basically those who are paying into the system. If you’re visiting France as a tourist from the USA and break your leg, you will absolutely be treated, no questions asked, but you’ll be responsible for all costs.

In many cases, your American insurer will cover the cost but sometimes they won’t. Granted, the costs are much less than you’d pay in the US but they’re still your responsibility and are often more than what you’d pay as a French resident who is being partially reimbursed.

Even if you become unemployed, you don’t have to worry about bankrupting your family if you need surgery or another costly medical procedure.

For anyone who gets anxiety thinking about healthcare or has ever struggled with coverage, the fact that your job doesn’t factor in to you and your family’s health plan is a major plus.

From a human rights perspective, this is the way to go.

“Access to health care appears to have produced a healthier nation,” writes the WSJ. “France’s infant death rate is 3.9 per 1,000 live births, compared with seven per 1,000 in the U.S. The country has more hospital beds and doctors per capita than the U.S., and a markedly lower rate of mortality from respiratory disease. And France spends less (10.7% of gross domestic product) on health care than the U.S. (16% of GDP).” France’s system is not without fault though.

Myth: That French healthcare is free (or really cheap).

This one is probably the biggest misconception about French healthcare — that it’s free. I just heard it last week from a healthcare professional in the USA and it’s just not true! Compared to the cost of care in the USA, French healthcare costs are without a doubt more affordable. But free? No.

Let’s not forget that the French, and those of us who are permanent residents, pay heavy social charges (plus income tax, real estate tax, TV tax, etc. that further diminish take home pay). We all pay into the system, along with employers on the back end.

Even though the flat fee of 23 euros is cheap for a general doctor’s visit (and most of that is reimbursed by the social security system, and even more if you pay for supplementary insurance), the French do pay a hefty sum for their healthcare beyond that but it’s not when services are rendered. Every paycheck you get shows the deductions for social charges (including healthcare) and you pay into the system whether you’re sick or not.

Beyond paying into the system, French health services are not always low cost. Dental costs are especially high. If you don’t have a good supplementary insurance plan, procedures like root canals and getting a crown can be quite costly.

Many seemingly regular medicines, tests, and services are NOT covered and have to be paid out of pocket. An example of this is psychologists’ visits.

To give you some context, a French family member had a colonoscopy recently and the procedure itself was covered but the anesthesia was not. Most people opt for anesthesia so the procedure is more comfortable and end up paying out of pocket. The fee isn’t exorbitant, but my point is that it’s not free.

Some of these charges are reimbursed by the patient’s mutuelle (supplementary insurance most French people pay for to pick up the difference between what’s reimbursed and the full cost of the service). All birth control pills are not covered and you pay the cost of any medication not covered (cheaper than the US though) out of pocket. Same with any specialized blood testing for allergies, etc.

Here’s another example. A family member’s gluten sensitivity blood test wasn’t covered — 90 euros out of pocket, 0 reimbursed. If you’re dying of cancer, you’ll be taken care of but for conditions that require a little more digging, it’s not always a given that you’ll get rapid, in-depth care at a super affordable price, especially in rural areas where specialists might not be as readily available.

If you have a chronic, non-life threatening illness or something that requires specialists who order out-of-the-ordinary tests, or alternative providers in general, you often have to really advocate for yourself and be aware that certain tests won’t be reimbursed. That said, medical bankruptcies don’t exist in France so even if you are paying out of pocket, you won’t lose your house.

Something else that I’ve learned is that mental health costs, aside from psychiatrists, are not reimbursed by the French healthcare system as mentioned above. If you don’t need the care of a psychiatrist but would like to see a psychologist, you absolutely can, but they are paid out of pocket. Some mutuelles will cover a certain number of sessions per year.

Going to the doctor in France… what you need to know >>

Myth: That the French healthcare system is great across the board and every doctor and practitioner is amazing.

“Great” is subjective and wholly depends on the facility, doctor, their mood, their stress level, etc. Of course not every person is going to have a great experience every time. That doesn’t exist anywhere in the world. There are great and not-so-great practitioners everywhere in the world. Let’s not fall for the grass is always greener syndrome.

What does “great” mean to you? I may be biased but I firmly believe that French healthcare is great for emergency and routine coverage. If you need emergency surgery, are pregnant, or have aggressive cancer, the French system has you covered.

Along with that, if you’re reasonably healthy and see the doctor once a year and rarely need specialists, the French system is great as well. But if you need to see specialists regularly, they can be difficult to book an appointment with due to overcrowding.

In my area, there was a shortage of dentists and dermatologists when I first moved due to many of them retiring around the same time. There was a 6-month wait for new patients. I still haven’t managed to find a local GP because no one is accepting new patients.

To be fair, this is often the case in the US too. My dermatologist in New Jersey was impossible to get an appointment with and when you did get in, she spent a rushed 5 minutes with you. And billed the insurance obscene amounts. Does this happen in France? Sure (not the obscene amounts part though). Doctors are busy but sometimes it depends on the day. I have to say that I’ve also spent 45 minutes with my doctor who was patient and thorough.

I’ve also run into many doctors with terrible bedside manner and it seems to be quite common.

French doctors are well-trained and competent, so there’s no question about their education or ability. You can access all types of specialists. Keep in mind that if you call a specialist on your own without a referral from your GP, it often means you’ll be paying for the full consultation cost, so see your GP first for that referral whenever possible.

Also, unlike general practitioners, specialists are allowed to set their own rates beyond the standard rate and only a portion of whatever the government deems a reasonable charge is reimbursed (non-conventionné). So if the regular cost to see a dermatologist is 45 euros but yours charges 70 euros because he’s in demand and can legally charge more, you’re only reimbursed a portion of that baseline charge of the official 45, not the entire 70.

As noted above, it’s sometimes very difficult to get in to see a specialist if you’re new to an area and/or your condition is urgent but not dire. Even if you aren’t new to an area but you’re a new patient, you’ll sometimes have to wait. Tom had to see a specialist and the wait was 3 months and then she ordered an MRI, which he had to wait another two months for. The day of the scan, the secretary called to say the machine was broken and it took another month and a half for them to reschedule him.

Does this happen for everyone and every doctor? No. But it’s not unheard of either.

Another example is that I needed a new gynecologist because mine retired. Not a single female doctor in a 30-minute radius was accepting new patients, so I now see a midwife instead for routine exams and prescription refills.

Lesson here if you really can’t wait? Be persistent and politely insist that you need an appointment sooner rather than later. It’s best to learn how to finesse people over the phone in French. Also, I’ve learned that giving details to the secretary can work in your favor. Sometimes when the gatekeepers pity you, they’ll be more likely to help — that goes double if you’re being polite. 😉 But more often than not, you just have to wait.

There are pros and cons to everything in life and the French healthcare system is no exception. Overall, I prefer the French system over the American one. It has a lot going for it. But as I said, it’s far from perfect.

How’s your experience been with French healthcare? What pros and cons of France’s healthcare system have you observed? 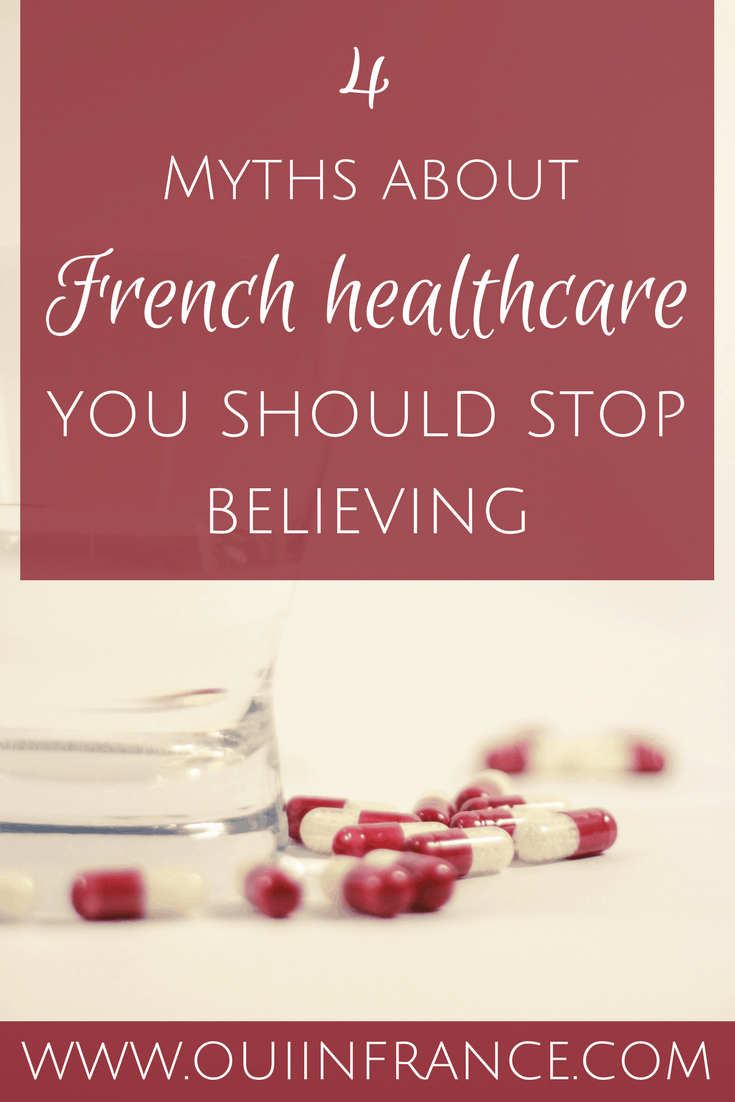