Let me start with a story that I don’t think I’ve ever shared here. Several years before I moved to France, an older, well-traveled friend warned me about the French. I had plans to go to Paris later that month and she wanted to prepare me.

At that time, I hadn’t met Tom yet and moving here wasn’t even on my radar.  I had very limited first-hand knowledge of France. This friend who had been to France many times for her job told me about Paris and what French people were like. She was convinced that all French men only want to get in your pants and will lie to you. That the French are arrogant, standoffish and focused on appearances. She really let it rip! 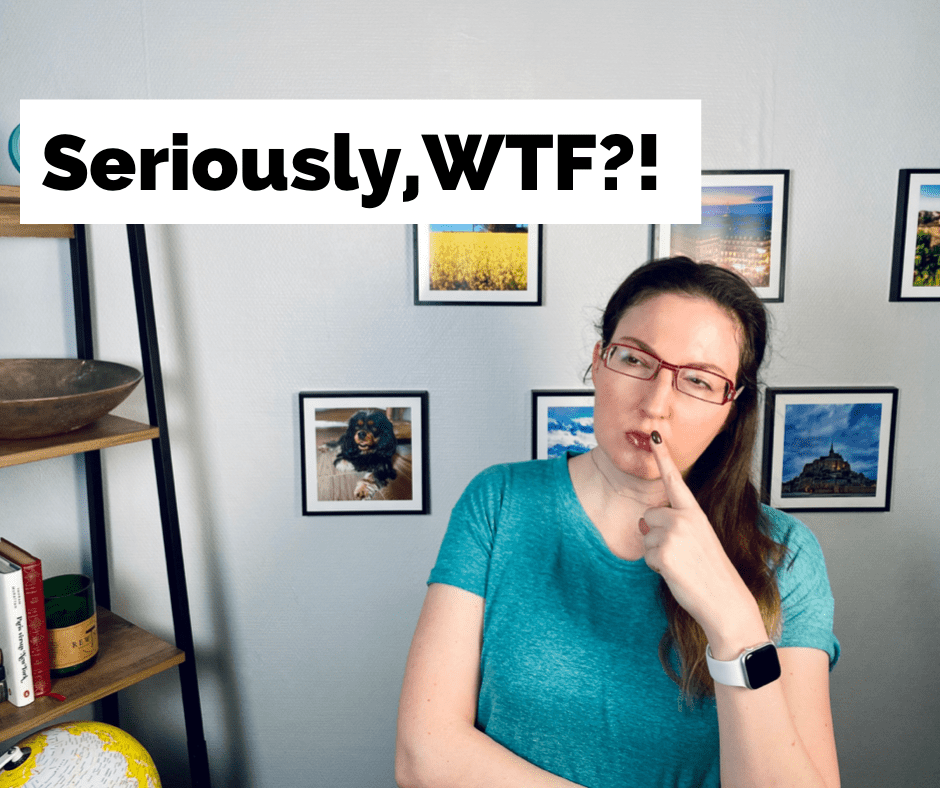 What she said made me really anxious about going to France and I nearly cancelled my trip. None of it was positive and I didn’t like anything about what she had to say. My friend was someone I looked up to, and since she traveled to Paris regularly, what she was saying carried weight.

Luckily, I went to Paris as planned and had a blast. My own experiences were nothing like hers. That’s the point I want to make here. We all live our own lives and our experiences won’t all be the same. That’s a beautiful thing.

Flash forward to today, I see a lot of content out there on social media that makes it seem like all French people are superficial and judgy. It’s nothing new and you’ve seen it time and time again. “French girl” this and that sells. Aspire to be like the French! Diet like them, raise your kids like them, decorate like them. I know you know what I mean and it’s not all bad. There are lots of amazing things the French do well and we can learn from them.

When it’s taken to the Nth degree, that’s when it becomes problematic. It’s perpetuating this mentality that the French are superior and that everyone else is “less than.” I’m also talking about the advice that says how you have to come to France and be dressed like this or act like that. Otherwise, the French will look down on you and judge you because that’s how they are. I hate that the French are being generalized like this.

People — and the way we live our lives — are nuanced. There are judgmental people everywhere, FYI. For the record, there are French people who are overweight, loud talkers, rude like it’s their job, not fashionable, dress more casually, don’t know the first thing about wine and maybe don’t even drink, aren’t good cooks, don’t have a lot of money, live in public housing, go to McDonald’s regularly and are perfectly fine and enjoying their life as much as the next person. 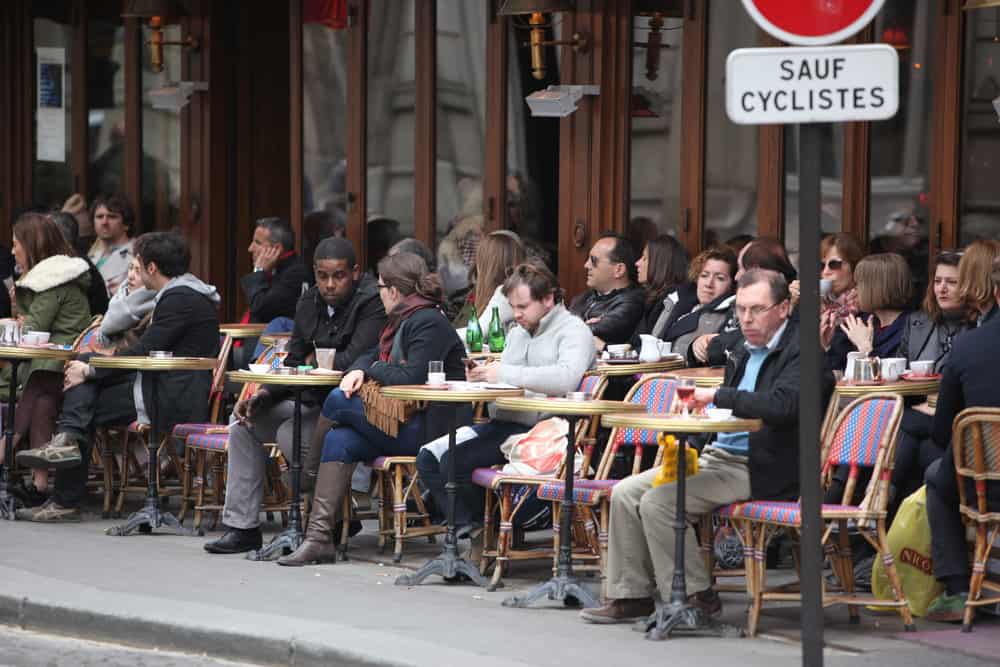 I also want to point out that the complete opposite view of the French can be equally problematic, one where we automatically assume that all French people are kind and welcoming, especially if we start with the obligatory bonjour!

People are people and despite doing everything right, someone might still be rude to us. When we have this impression that the French are all kind and wonderful and then someone is super rude, it can make us think we did something wrong if our experience doesn’t match what we’ve heard.

For me, the truth of it all lies somewhere in the middle. If you spend enough time in any one place, you’re sure to encounter someone who isn’t so kind and welcoming. I always chuckle a little bit when people proclaim that the French are so kind and wonderful, without leaving room for nuance. If you’ve never met a rude French person, you haven’t spent enough time here. They definitely exist… again, like anywhere.

I feel like I have to mention this because so many people out there have this uniform impression of the French. People actually think that all French people have inherent food and wine knowledge, are all slim, all shop at the farmer’s market and cook from scratch and have perfect wardrobes, and the list goes on and on.

How do I know this?

I’ve met people who have told me as much time and time again. At a family Passover meal, I met a guest for the first time. We’ll call her Jan and she was well into her 60s and well educated. We got to talking about France and what life is like there, as you do, and then boom. She was jaw-on-the-floor shocked when I revealed that not all French people fall into the classy stereotypical mold. She was almost sad about it, like a kid finding out there’s no Santa. Paris Syndrome is real and it’s why I don’t tell people I meet in passing that I live in France.

Jan couldn’t believe that there are homeless people in France or that the French eat fast food. I didn’t mean to burst her bubble, but I did clear up some common misconceptions she’s believed her whole life. 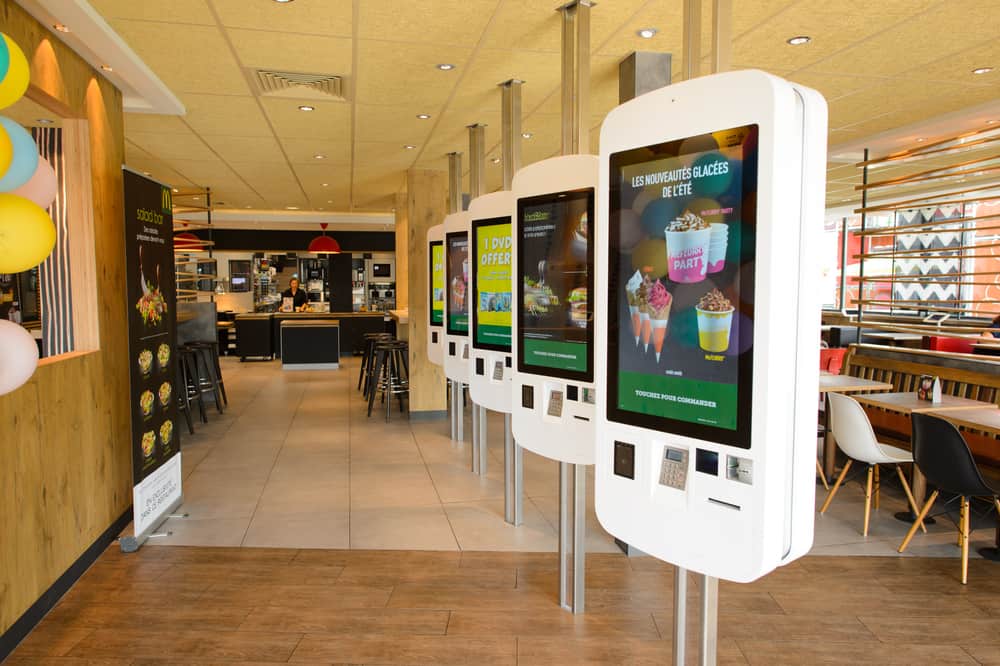 Anyway, there’s a lot to say on this. My whole point here is that I think it’s troublesome when people act like experts and spread misinformation about France and the French in an all-or-nothing kind of way. Like it’s black or white.

It’s one thing to say, “In my experience, I found the French to be judgmental because of this exchange we had and we saw a lot of well-dressed people in Paris” and another thing entirely to authoritatively state, “The French are judgmental and everyone is well dressed.” There’s no room for nuance there and then we wonder why people believe this stuff like Jan in my story from above!

Look, I want to be clear about something. It’s great to share our experiences. I encourage that and I do it regularly here on the blog and YouTube in the hopes that it’ll help you in some way. But you’ll notice I try to not state sweeping generalizations as facts, nor do I paint the French with one unrealistic brush. I also don’t claim that my experience is the one and only experience to have. Nor am I trying to convince you to “be more like the French.” Come and form your own opinion and do what you want. It’s important to leave room for other points of view. As I say, the living abroad experience is not one size fits all.

I get discouraged when I see popular Instagram accounts tell others about what France is like (in absolutes!) — often after spending time just in Paris. It can be stressful and intimidating for someone who has never been to France (not to mention frustrating to read if you’ve lived here a decade). As if the French are here with their imaginary rulebooks they whip out to judge tourists.

Last thing, I had a reader email me and what she said made me feel incredibly sad. She said she has always wanted to visit Paris but has held off for years because she is overweight and was told the French will mock her. NO! GO TO PARIS! Live your life.

If you take anything away from this post, let it be this: The French are not all perfectly cultured upper-middle class unicorns that look down on others. Maybe in some circles, but that’s people anywhere. Nor are they all kind and welcoming. The beauty of it all is that the French come from all different backgrounds, in all shapes and sizes and skin tones and they aren’t all any one way.

Above all, come to France and enjoy it! All that BS needs to stop because it’s not helping anyone.

What do you think? Chime in below because there’s a lot to say on this! I’ve just scratched the surface… and thank you to FB follower Jennifer for sharing this video about the danger of sharing just a single story about a place or its people.

P.S. I shared an abridged version of this on my FB page and people commented that some fashion tips would be helpful. I have to figure out how to format it and write the post in a way that would make sense, but it’s on my radar and I will be working on that in the coming weeks. Real quick, one brand for high-quality, ethically made shoes I swear by is Nisolo. I’ve worn them for years and am an affiliate for them. Can’t. Get. Enough.

P.P.S. If you want no-nonsense tips that are actually helpful and will make you more prepared for your France trip, check out my eBook here titled “75 Beginner France tips for a standout trip!”

4 Myths about the French healthcare system you should stop believing