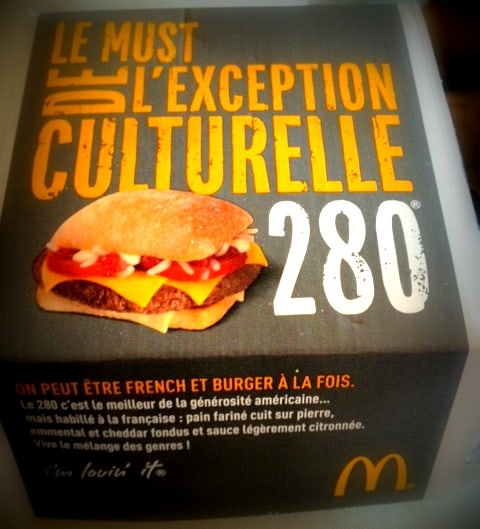 McDonald’s. There. I said it. Fellow fitness-minded readers, hold on a second before you stop reading. What comes to mind when you think of everyone’s favorite fast food place? Calorie-laden meals packed full of preservatives that are only consumed by fat people, right? Maybe. In the U.S., McDonald’s was pretty much last on my list of places to eat and I don’t think I’ve set foot in one for anything more than the restroom and a cup of coffee in over 10 years. Then I moved to France…

Why is McDonald’s in France better? Are French McDonald’s like the ones in the US? 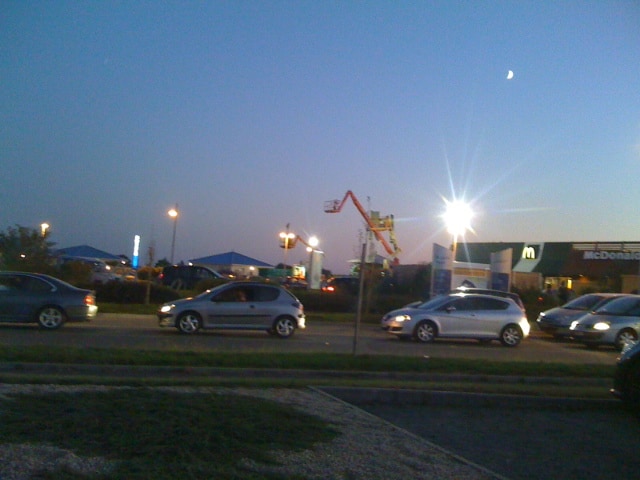 Does France have McDonald’s and is it popular?

First, does France have McDonald’s? OUI! The first restaurant opened in the Paris suburbs in 1972 and is very popular with the French. There are 1,485 McDonald’s restaurants in France, generating the second highest revenue worldwide (only after the U.S).

McDonald’s in France is popular because of the reasons I discuss below but also because it was the first fast food chain restaurant on the scene in the 1970’s. They were also one of the first to have a drive-through concept and they were convenient. Many places are closed after regular dinnertime (especially years ago) and on Sunday and McDonald’s was the only place that was open where you could get something to eat.

McDonald’s in France, affectionately called McDo (mac-dough), is infinitely cooler than it is in the U.S. for a bunch of reasons.

A drive-thru line that extends to outside the parking lot on a weeknight is actually pretty common. Totally crazy, but not shocking for a French person. No, they’re not giving away free Big Macs.

Here’s my list why McDonald’s in France is better than American McDonald’s:

They know what customer service is. Service with a smile must be a prerequisite for all employees of McDo in France. Not only do they pleasantly take your order but after the fact, they say merci, bonne journee, au revoir, bon dimanche, merci. Ok, so I’m exaggerating a little, but they do say thank you and have a nice day. It seems like they truly value what they’re doing. Oh, and if your order isn’t ready after you pay, you can go sit down and an employee will bring you your meal. Beats standing around waiting at the counter, right? 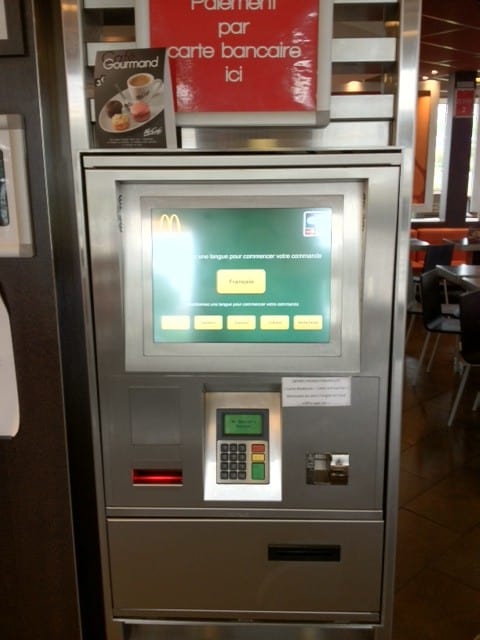 They’re efficient. On a Friday night, if you go through the McDrive (drive thru), brightly uniformed employees (yes plural) take your order on a little computer thing so you bypass the window for ordering entirely. They take your money and then hand deliver your bag of food. If you order inside, there are these machines called bornes that you can order from if you don’t want to wait in line to order at the counter. You can go sit down to wait at your table and an employee will bring you your food when it’s ready.

High-fructose corn syrup isn’t commonplace. If you peruse the list of ingredients on the little ketchup packets, you’ll see that high-fructose corn syrup isn’t among what’s listed there. While it’s not completely banned in France, it’s not found in soda, ketchup and other items you’d commonly find it in over in the U.S. Makes you feel healthier already, right? (America, take note on how to make ketchup w/o the dreaded HFCS.)

They’re clean. Never once have I seen a dirty McDonald’s in France bathroom or restaurant in general. Amen for cleanliness. Also, many French McDonald’s in big cities have keypads on the bathroom doors and only customers (who have the code on their receipt) are permitted to use the restroom.

They have McCafe’s full of yummy goodies.The McCafe, a separate area in the interior of the McDonald’s specializing in your coffee shop fare, is one of the only places in small-town France you can get coffee in a cup with a lid to go. Sure, their biggest size is smaller than a Tall at Starbucks, but hey, you have to take what you can get. Tom and I probably go to the McCafe once a week for a cup to go. They also have all kinds of baked goods including cheap macarons, mini cheesecakes and other temptations that will send your diet into a tailspin. 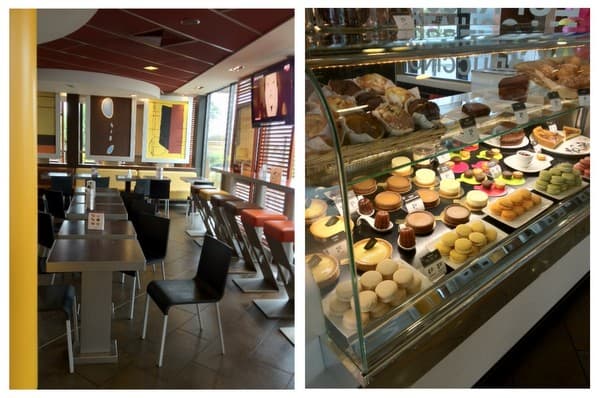 They’re just more chic. A recent seasonal offering was the McBaguette. Only in France would you find something like that and that’s by design. McDonald’s adapts their menu to the local market. Beer is part of the drink offerings, too. The interiors are all new and have a clean, modern design as well. Did I mention there’s free WiFi?

So is McDonald’s in France that big fat monster that your health-conscious brain is telling you to avoid? Probably, but what’s wrong with living a little?

Tell me, have you been to a McDonald’s in France? What did you think?

Why did I start Oui In France?

« French language problems: What I do when I don’t understand and want to cry
Our wedding story featured in Marie Claire Mariages »