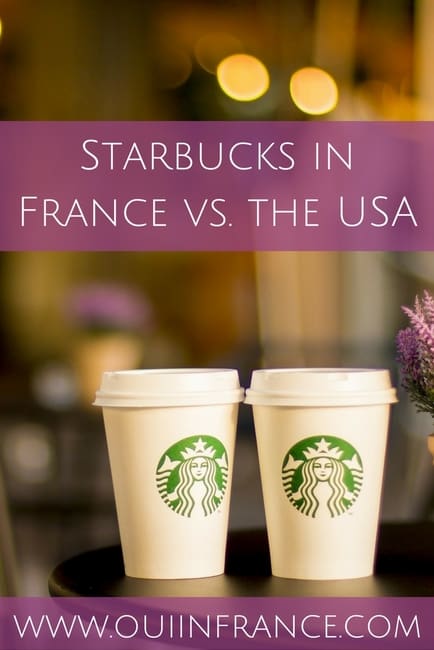 Starbucks is far from a foreign concept in France these days. They exist but mainly in big cities like Paris and aren’t all over the place like you’d find in the USA. I’m the first to admit that regular old Starbucks coffee tastes burnt — I’m more of a Dunkin’ Donuts gal — but what about the convenience of chai and other specialty beverages, free Wi-Fi and comfy chairs? Well, let’s just say I took the convenience factor for granted back home. Luckily though, a couple of Starbucks shops opened up last year in Nantes, the closest big city to me. Starbucks locations are pretty similar when it comes to branding no matter where you are, but there are some marked differences between Starbucks in France versus the USA. 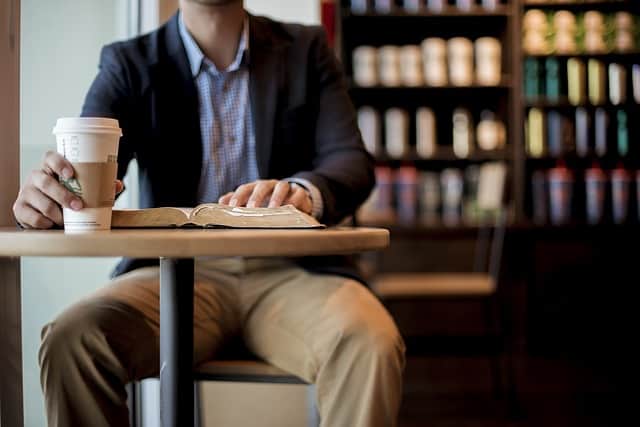 Cafe culture in France is magical. I wholeheartedly recommend that all visitors to France experience drinking a coffee among the French. Plop yourself down in a terrace chair and people watch while reading the morning news. Longstanding cafe culture beats out any newcomers on the scene… or does it? If this line on Starbucks‘ opening day in Strasbourg is any clue to the chain’s success in France, I’d say they have a good thing going… 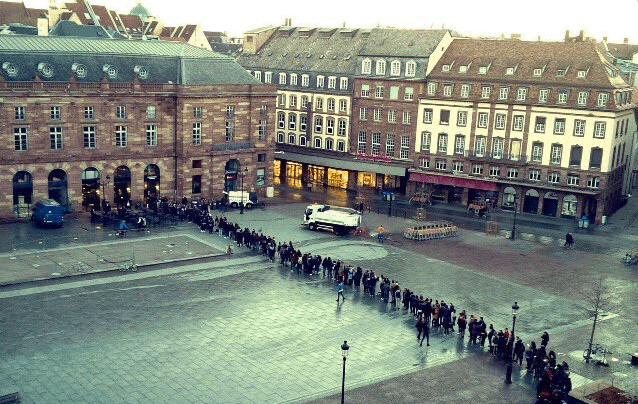 If you want a familiar drink to-go and feel like popping into Starbucks, here’s how your beloved American chain might differ in France.

During college while living in NYC, I’d have to be at work at 5:30 a.m. The Starbucks on the corner that opened at 5 a.m. was a godsend and I’d swing by for my morning jolt on the regular. But in Paris? Well, I guess those who start work early aren’t grabbing a cup of caffeine to kick off their day.

And that would make sense because most Starbucks in France don’t even open until 7:30. Forget about a 6 a.m. coffee run because the employees probably aren’t even out of bed yet. 7:30 a.m. feels really late to me for an opening time. The to-go coffee culture isn’t mainstream in France, and even in big cities, you can see how the hours of operation differ. 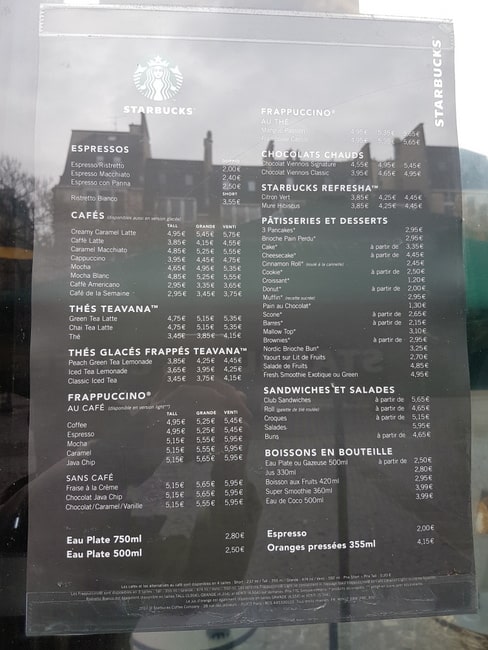 Starbucks isn’t known for being affordable. Luckily for us, the euro/USD exchange rate is in American tourists’ favor so they won’t be too shocked at the register. But still, zoom in on the above Paris Starbucks prices and prepare to choke on your skinny latte. Take, for example, a tall caramel Frappuccino. It’s 5.15 €!

Before you know it, an extra shot, some syrup, and specialty milk can easily cost a substantial chunk of change. The only time Starbucks hurt my wallet worse than in France was in London. I won’t even go there.

Starbucks in France is for people looking for something else besides what traditional cafe culture can offer. If you want the French cafe experience, don’t go to Starbucks. The chain is known for its big plush chairs, free Wi-Fi, specialty drinks, and soothing music where you can happily work on your laptop without being bothered.

When the French grab a coffee with friends, they generally sit to sip, so Starbucks shops in France tend to have a good amount of seating, often outdoors and upstairs as well.

Have you been to Starbucks in France? Are you more of a to-go type or do you like to sit down and sip your drink sur place? I’m a big fan of options. 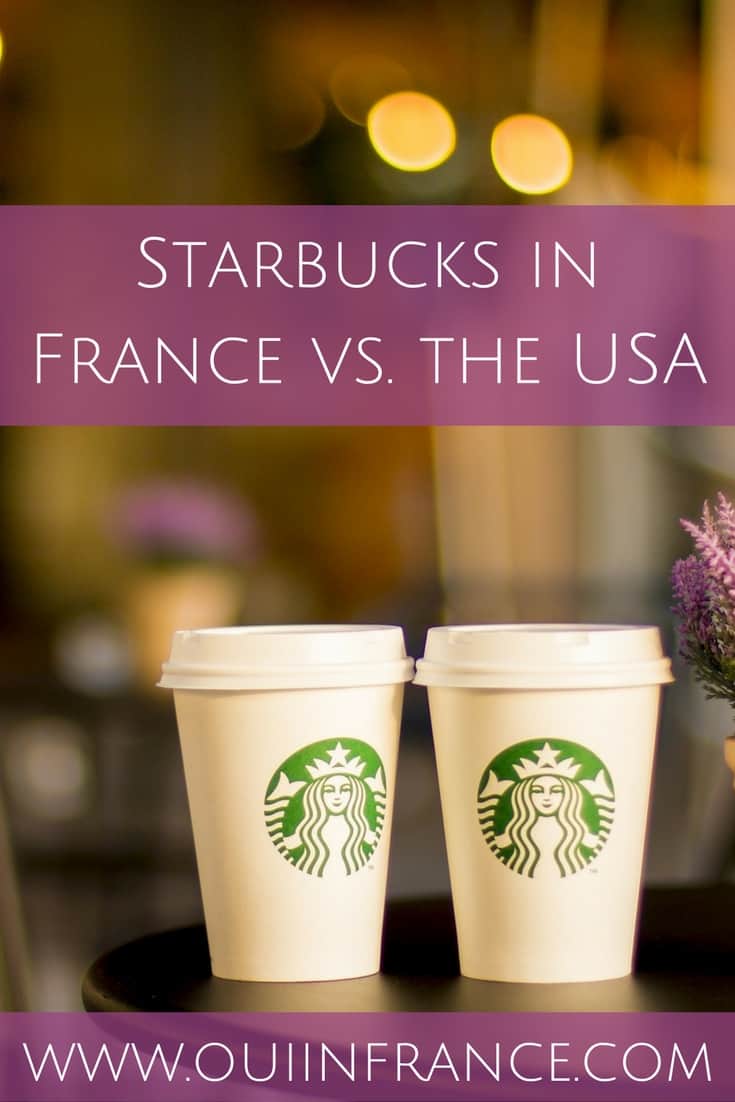