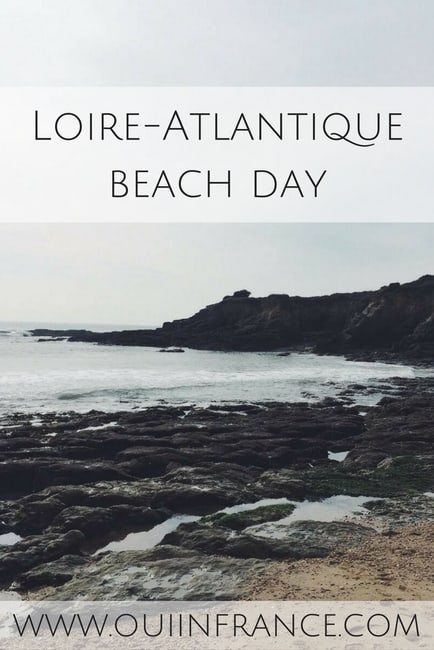 Sometimes Mother Nature likes to tease us with glimpses of an early spring. This weekend was gorgeous, in the 50s out and sunny. What more could you want for February?

We headed west to the beach. 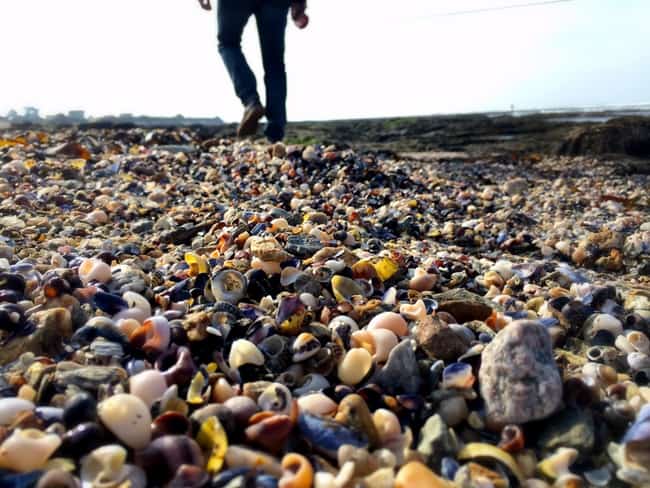 If you ask me if I like the beach better in the winter or summer, I’d tell you winter 9 times out of 10. It’s my favorite season and I only like to sweat when I’m working out. Bundling up for a February walk on the beach and watching the waves crash is paradise. There’s something invigorating about the crisp winter air — and the lack of crowds seals the deal for me. Except this weekend, there were crowds! And it wasn’t cold out! 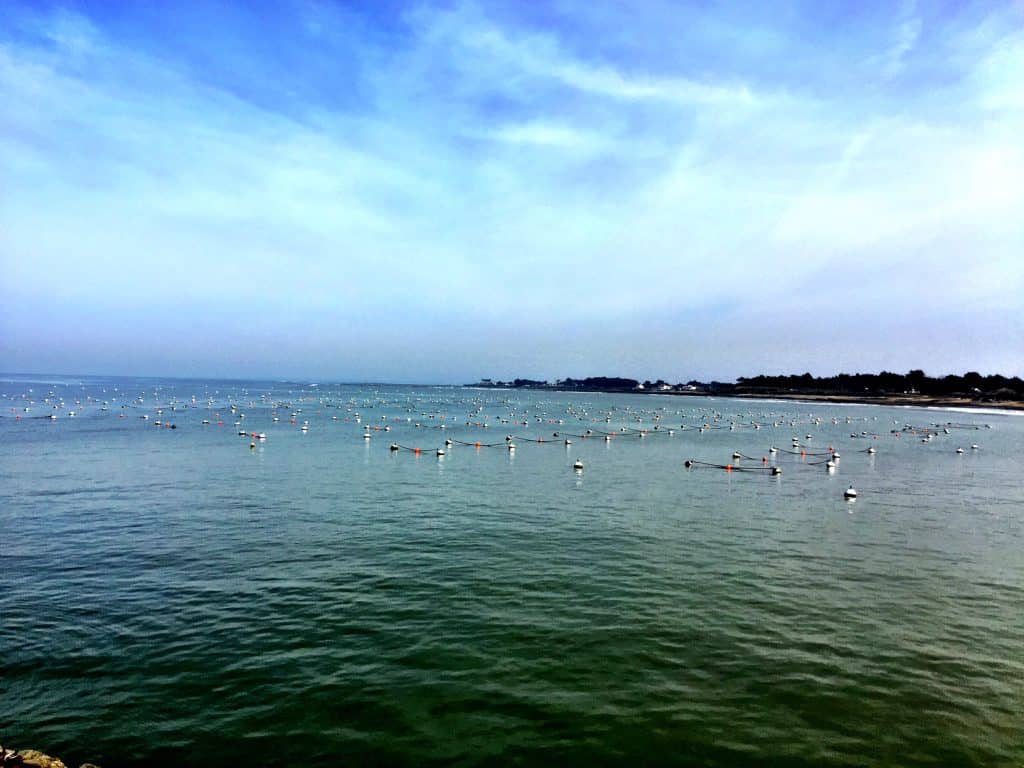 So as I mentioned, the beautiful early spring weekend had us heading west to the Atlantic Coast for some fun in the winter sun. One of the things I like the best about where I live is how well situated it is. It’s an easy drive to the coast, as well as Brittany, Nantes and Angers. I can easily grab a high-speed train to Paris or make the trip by car in under 4 hours. Or head south to Bordeaux in about 3 hours. We take full advantage of the fact that the Atlantic isn’t too far.

Normally, February means fewer crowds but because of the fabulous weather and the fact that kids are on break from school, the coast was really busy!

The Loire-Atlantique beaches are rocky and plentiful. We started off in Pointe Saint-Gildas and let Dagny explore down on the beach. She loves digging in the sand. The Pointe gets about 300,000 visitors each year! You can drive 10 minutes in either direction and find more little paths and beaches to explore. Or hike along the coast on a well-maintained 7.3-km trail from the Pointe Saint-Gildas to Préfailles. The rugged coastal routes are fantastic for energetic dogs and those of us who want to get our exercise in.

We then walked a bit to the coastal route in the town of Préfailles. 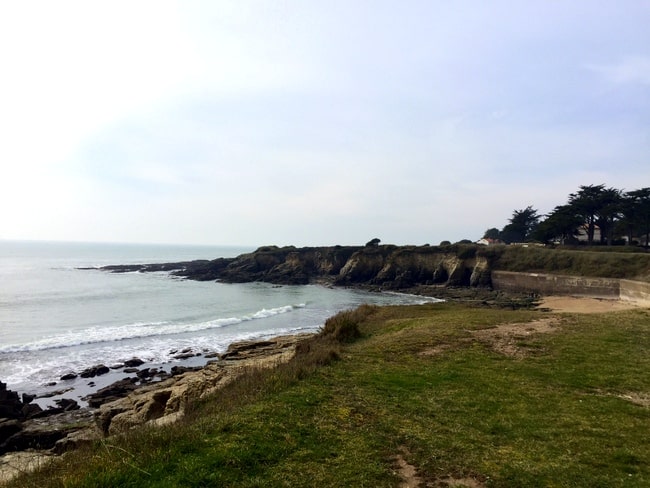 Then it was on to Pornic! The coastal town was bustling with tourists looking for a nice afternoon. Restaurants were full of people and everyone was out and about — many with their doggy friends like we were. Shops were open despite it being Sunday and we took full advantage and treated ourselves to some ice cream.

Here’s a look at the area around the Port de Plaisance in the Baie de Bourgneuf. If you’e coming by boat, the port is sheltered from the dominant west winds and has water, electricity and everything you need to stay the night. Animals are of course allowed. The pics below are along the quai a bit east of the port.

The quai is lined with little shops, cafes and restaurants. If you just want to people watch, plop yourself down on one of the benches overlooking the water.

Below you’ll see the château de Pornic which is also known as the château de Barbe Bleue (blue beard). In the 15th century, Gilles de Rais, who was Jeanne d’Arc’s partner (and a child murderer), owned it. These days, the chateau is privately owned and tourists can’t visit. You can visit the exterior though on a guided tour with the office of tourism.

How was your weekend? Have you been to any of the Loire-Atlantique beaches? 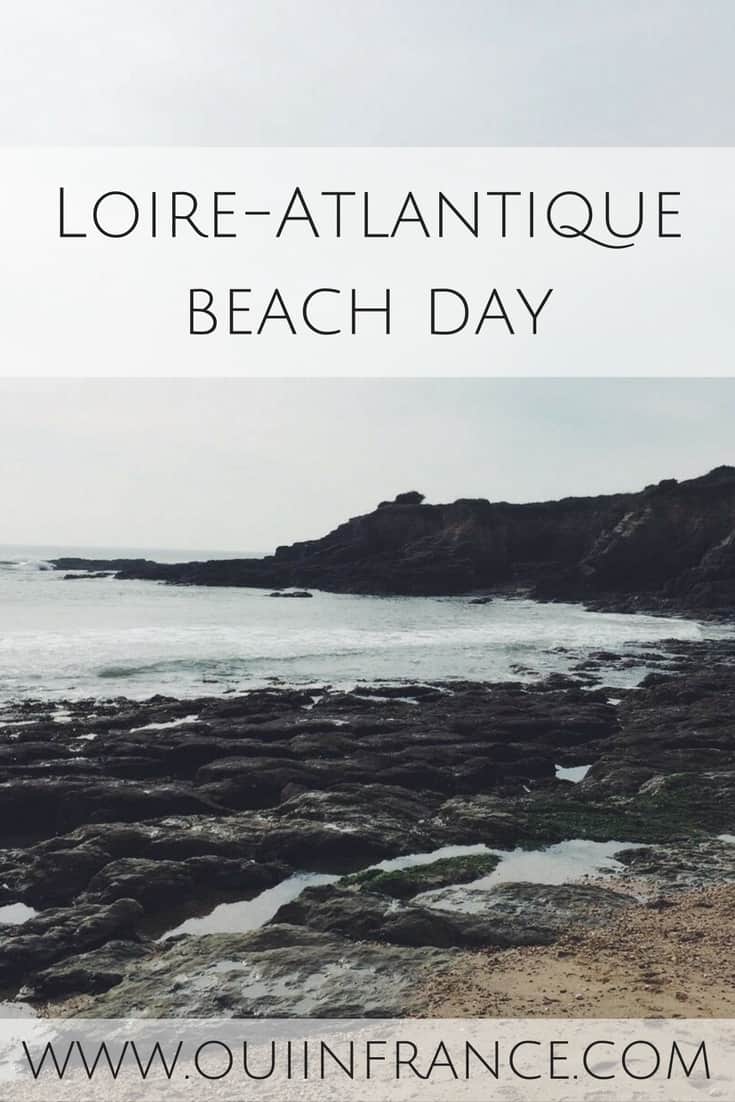 April pics of the month: Spring tulips and a cafetiere

Photos from Perpignan France and beyond

« 7 Weird French pharmacy products worth a look
BIG differences between Starbucks in France vs. the USA »