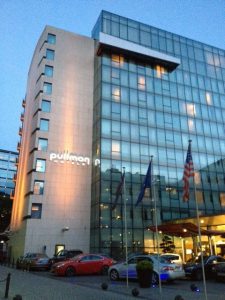 When traveling, your hotel stay has the ability to influence your overall opinion of wherever you’re visiting. If you have a fantastic stay without any issues, your vacation just seems that much better. On the other hand, if you have a horrible hotel experience, that clouds your whole opinion of a city.

On a recent trip to Paris, I stayed at the Pullman Paris Bercy hotel. Did it live up to my expectations?

Read on for my Pullman Paris Bercy Hotel review! 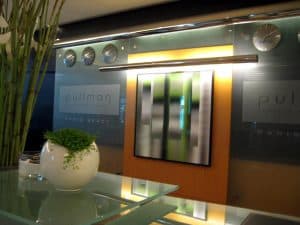 The four star, 396 room Pullman Paris Bercy hotel is located in the 12th arrondissement and while it’s not right under the Eiffel Tower or in a major tourist area, it is in an area of the city that’s worth staying in. For this trip, we wanted to stay somewhere that was new to us and not in one of the main tourist areas. Two minutes from the Cour Saint-Emilion Metro and easily accessible by car, the Pullman Paris Bercy hotel was the perfect choice for us.

While some things aren’t necessities while traveling, other things are, such as cleanliness and great service. The Hotel Pullman Paris Bercy didn’t disappoint.

Here are some of the best things about the Pullman Paris Bercy: 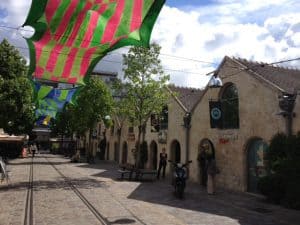 And a few things about our stay at the Pullman Paris Bercy that could have been better:

Overall, our stay was fantastic and the location of the hotel was perfect for us. It’s calm and a bit away from the tourist center of Paris but still extremely accessible by Metro and car. There’s also a small but nicely equipped fitness center that I’ll be sure to actually use the next time we’re in Paris.

Oh and one more thing when in Paris — don’t forget to watch where you step!

Disclosure: My stay at the Pullman Paris Bercy was paid for entirely by me and not sponsored in any way. All opinions about the hotel on this blog are my own.

Our 4th of July weekend trip to Paris