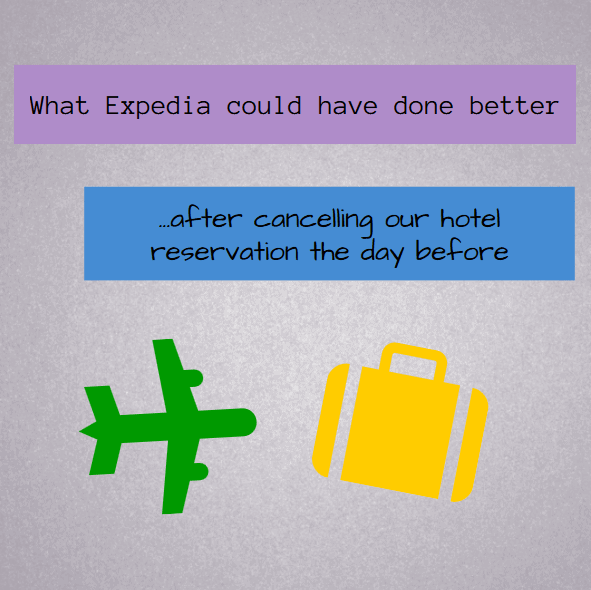 A company is nothing without effective customer service that actually works to serve the customer. Outdated technology, representatives that have no authority, long hold times and poor conflict resolution are the downfall of many good companies and Expedia.com proved that to me recently after cancelling my hotel reservation in Paris less than 24 hours before arrival. This Expedia cancel hotel situation was not cool.

So Expedia cancelled my hotel reservation. These things happen. Here’s what they could have done better…

I recently booked a three-star hotel room in Paris for a weekend trip a little while back using Expedia.com (the US site) — a company I’d used several times before and had positive experiences with — and the day before, Expedia cancels the reservation. Via email. In French (imagine if I’d already been on my plane or didn’t speak French). Apparently the hotel was overbooked and had to bump me, leaving me to scramble less than 24 hours before I was due to arrive.

After Expedia cancelled my hotel reservation, did they resolve the situation? Yes, they did a satisfactory job if I’m being generous. But in the travel industry, is satisfactory what companies should be shooting for?

Instead of bashing the company, I’m going to lay out what happened and point out where there was major room for improvement. Maybe other travel companies can learn from Expedia’s mistakes and make an unfortunate situation into a positive experience for the customer. If Expedia took the opportunity to make it right in my eyes, perhaps I’d be writing a different post.

And let me say upfront that despite my frustration with the Expedia cancellation, none of the interactions below involved yelling or belittling of any kind. I know that customer service is not an easy job and employees often get treated terribly. Not by me. And it goes without saying, I know I’m extremely fortunate to even have the ability to have a weekend away, let alone in Paris.

So in the whole scheme of things, this Expedia cancel hotel problem put a wrench in my plans but isn’t that big of a deal. But still, it’s worth talking about because every company can do better in some regard.

Here’s what happened after my Expedia booking cancellation for my hotel:

To be clear, I understand that Expedia was under no obligation to give me anything at all, let alone a $100 credit. But to me, what they did end up giving us seems to have been the bare minimum.

I ended up paying almost exactly what I had set out to pay, but wasted a ton of time fixing the situation and feel this could have been dealt with in a swifter manner.

So for the inconvenience of this Expedia cancel hotel thing, maybe they could have done something more. I had wrongly assumed that they would take the opportunity to wow the customer. 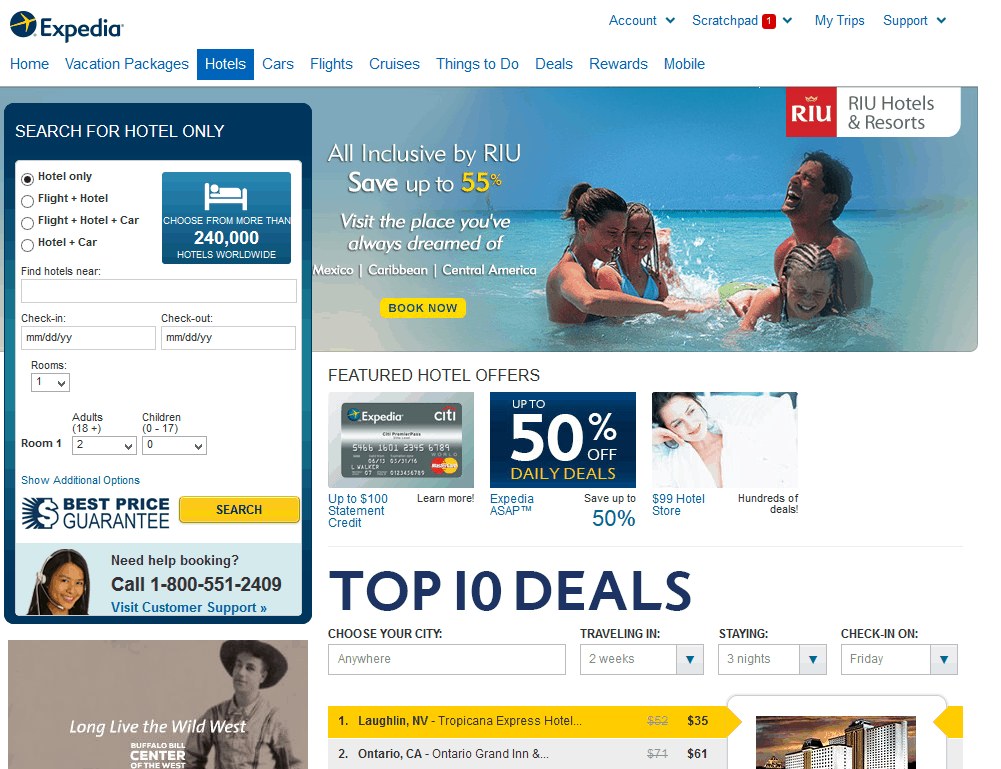 What would have wowed me about this Expedia cancellation?

1) If the original email I received notifying us of the cancellation actually had the correct phone number on it to rectify the situation in one easy call. And that it was also in English since I booked on the American site. I do speak French but if I’d been a customer who did not, would I even have recognized the email as a cancellation? Probably not. I would have shown up at the hotel and gotten a surprise.

2) If there were backup systems in place. Once I finally got someone in the US customer service department, his systems were down. Yes, this happens. But instead of asking me to call back hours later (since that would make it call #4), maybe just take care of the situation for the customer who’s probably busy preparing for his/her trip. Ideally, booking the customer at a comparable hotel in the same area and then calling and emailing them to let them know would have been wow service. Instead, I was directed to call back hours later.

3) Expedia should give the first level reps more authority. They should not pass the customer around and waste what amounted to hours of my day dealing with this  including accusing the customer of cancelling and then telling them there’s a penalty fee! Whatever industry you’re in, enable your employees to do a standout job!

4) When the customer does call back (fourth call), maybe upgrading her to a four-star and well-reviewed hotel in the area and covering the difference would have been an awesome surprise. I’d be writing something completely different if that were the case. If they had upgraded me, I would have paid for the original hotel and Expedia could have covered whatever the difference was (more than $100 based on the rates that day) in an effort to fix a situation that had already left a sour taste in my mouth.

About quality of service after the Expedia cancellation

I’ve worked in the service industry before and although I can’t afford five-star hotels in Paris, I know that you get what you pay for. Five-star service shouldn’t only be for five-star hotels, though. Every company no matter how big or small can benefit from providing a top-notch customer service experience regardless of the cost of their product. Impressions matter and my impression of Expedia has changed for the worse. And it didn’t have to be that way. Average customer service doesn’t cut it.

Would I caution you to stay away from Expedia?

I can’t answer that and it’s not the point of this post. Every company will experience missteps along the way and that’s only normal. Life isn’t seamless 100% of the time — far from it. But it’s how the companies respond to the humans who spend their hard-earned cash on their services. I don’t mind being inconvenienced because things happen last minute, but if conflict resolution makes it more difficult on the customer and wastes their time, what kind of message is that sending about how much a company values their clients? Or even their own customer service team.

If you’re in the service industry, ask yourself how you’d like to be treated in a difficult situation and then train your staff to go above and beyond that. Your reputation depends more on how you fix situations that go wrong than how you react to the ones that go right.

Have you ever had a customer service experience that left you less than satisfied or an Expedia booking cancellation? Tell me about it…