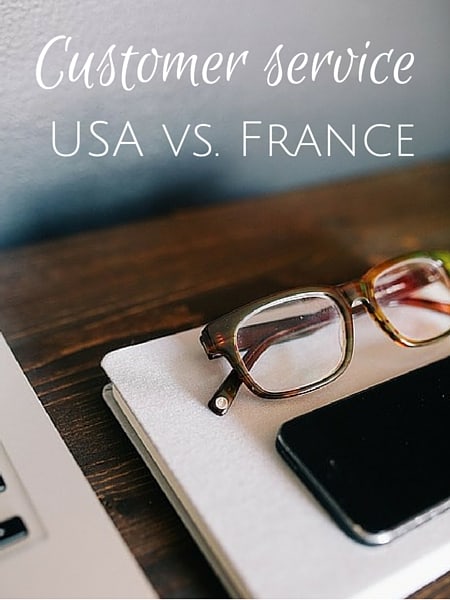 People love to rag on America and Americans, but one thing we get right is customer service. Most of the time, the customer has the upper hand and companies try to do the right thing, sometimes even bending over backward and surprising you in the process — to the point of being excessive.

But what about customer service in France?

Keep in mind this isn’t gospel and every single store in France won’t have the same policies and be in line with what I describe below (just like every single company in the US doesn’t provide great customer service).

A fine example of customer service in France…. NOT! >>

In general, I’ve found the following to be true about customer service in France:

In France, companies don’t bend over backwards to make it right. Sometimes they’ll even tell you the problem is your fault. Even if the issue is their fault, such as your internet being down for an entire day, well, beyond a sorry don’t expect much! If you have a problem, maybe they’ll give you a 5 euro refund on a 200 euro bill. And that’s after you’ve called three times and been transferred from person to person around the globe.

Companies don’t seem gracious to have customers. Once when Tom called our internet/TV provider at 7:55pm, the woman literally told him to call back tomorrow to talk more because she was off shift at 8 and had to shut down her computer. That was after being on hold waiting to speak to someone for 20 minutes! And you pay to make the call! Customer service numbers in France aren’t often free.

Sometimes you’ll even be required to go in person to resolve an issue, such as at your bank. They open at 9, close for 2 hours at lunch, and close up shop for the day at 5pm. How convenient is that? You have to be persistent. Maybe companies hope you’ll just give up?

A lesson on French politeness >>

They call you by your last name.

This isn’t a bad thing by any means, just different. Tom is always called Mr. So and So by everyone in a professional context and never just Tom. French culture always defaults to the proper salutation even if you’re only 18 years old. You’re a mister or misses especially in a professional context when you have to call up a company about something.

The other day I caught myself when I called the pharmacy to order something and started off saying, “Hi, it’s Mrs. So and So” instead of just “Hi, It’s Diane.” I’m always referred to as Madame So and So and never Diane. In the USA, maybe a customer service employee would refer to someone 60+ as Mrs. So and So, but in France? It’s everyone over the age of 18 and is a marker of respect in a professional setting.

Receipts are a must.

If you need to return something, make sure you have your receipt. Otherwise they won’t take your word that you purchased the item in their store and won’t look it up in the computer. If you’re the type to lose your receipt, make sure you really, really want whatever you’re buying. This isn’t the case across the board (I returned a swimsuit at Intersport and they just looked it up on my bank card) but in general, you will need your receipt to show proof of purchase.

When living in France starts messing with your English >>

Opened product? Forget about it.

For makeup and skincare products, if you’ve opened the product, forget about returning it unless it’s defective. Sephora comes to mind here. Back in the USA, if you buy a makeup product, try it, and don’t like it, you can return it to the store — no questions asked — and get your money back. A return policy like that where the store stands behind what they sell made me feel like I was covered and even encouraged me to try new products. Not so in France. Even if something you buy from Sephora caused an allergic reaction, they won’t do anything about it and you’ll have to contact the brand directly.

Issue w/the brand? The store won’t take care of it.

This ties in with what I just said above. Case in point? Amazon. All Amazons are not created equally. In the USA, if an item you purchased from Amazon arrives broken, they take it back no questions asked and send you a new one. Well, that’s not the case in France. I bought a coffee maker whose plastic handle broke off in my dad’s hand while he was pouring a hot cup of coffee. I believe it was damaged in transit, or defective from the start, so upon using it for the first time, it just cracked off.

Amazon France wouldn’t take the item back or replace it despite the fact that I had purchased it only a week prior and I had photo proof of the problem. They wanted me to contact the company that makes the pot. That was about as efficient as trying to put lotion on your own back. After never hearing back from Melitta customer service, I gave up.

I feel like as a retailer, part of the cost of business is absorbing costs from faulty products. It’s expected and only normal to replace defective stuff. But since I couldn’t prove Amazon was at fault, they couldn’t help me. Lousy I tell ya! I never did replace that coffee pot…

Have any fun stories to share about customer service in France? 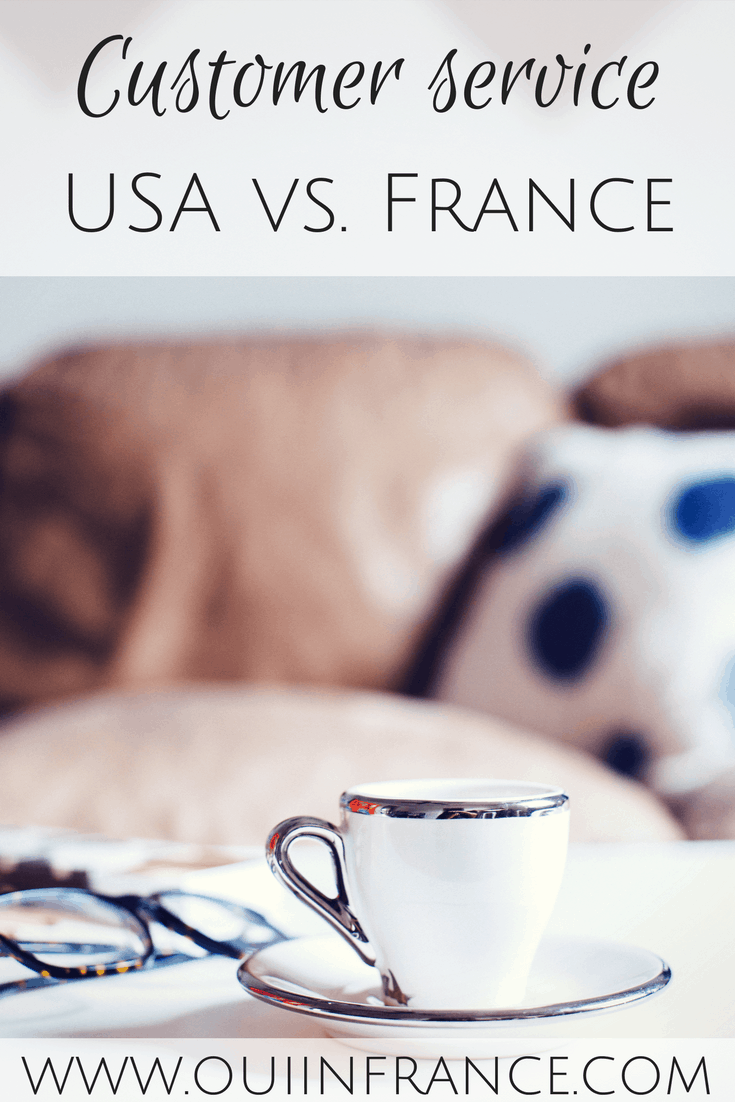 A fine example of customer service in France… NOT!

Expedia cancelled my hotel reservation: Here’s what they could have done better

« On that American enthusiasm
Oui In France is 4 this month: Roundup of top posts (plus a giveaway) »