French and American homes look similar enough on the surface. They have front doors, a roof, windows, a kitchen. You know, regular house stuff. But if you look closer and step inside, you’ll notice that not everything about French homes is what you’re used to from back home. There are all kinds of interesting things to discover and that’s part of the fun! Over the years, I’ve pointed out aspects of French homes that are different than the USA but I don’t think I’ve ever compiled them in one place. So to that end, I’m rounding up a bunch of differences between French and American homes.

Air conditioning is not the norm in France

I’m kicking off this post with the lack of air conditioning in France because summer is almost here and it’s going to be sweltering. Yes, summer is my least favorite season. The French don’t see air conditioning in the same way that Americans do (are they afraid of it?), and not only do private homes generally not have central air conditioning, but they don’t really have any air conditioning at all aside from fans. Window units aren’t the same here because windows tend to open differently and there are portable contraptions but they aren’t always cost effective and aren’t widely used. People just deal.

Now granted, heat waves around this part of France only last for a week or two max, but a portable unit would sure come in handy. Especially at my gym! And when getting dressed in the morning. It’s rough when you step out of the shower and start sweating. It makes putting on nice work clothes and makeup pretty difficult. I don’t need it to be cool enough indoors to wear a hoodie in the summer, but it’s a real pain to sweat when you’re just sitting at rest. 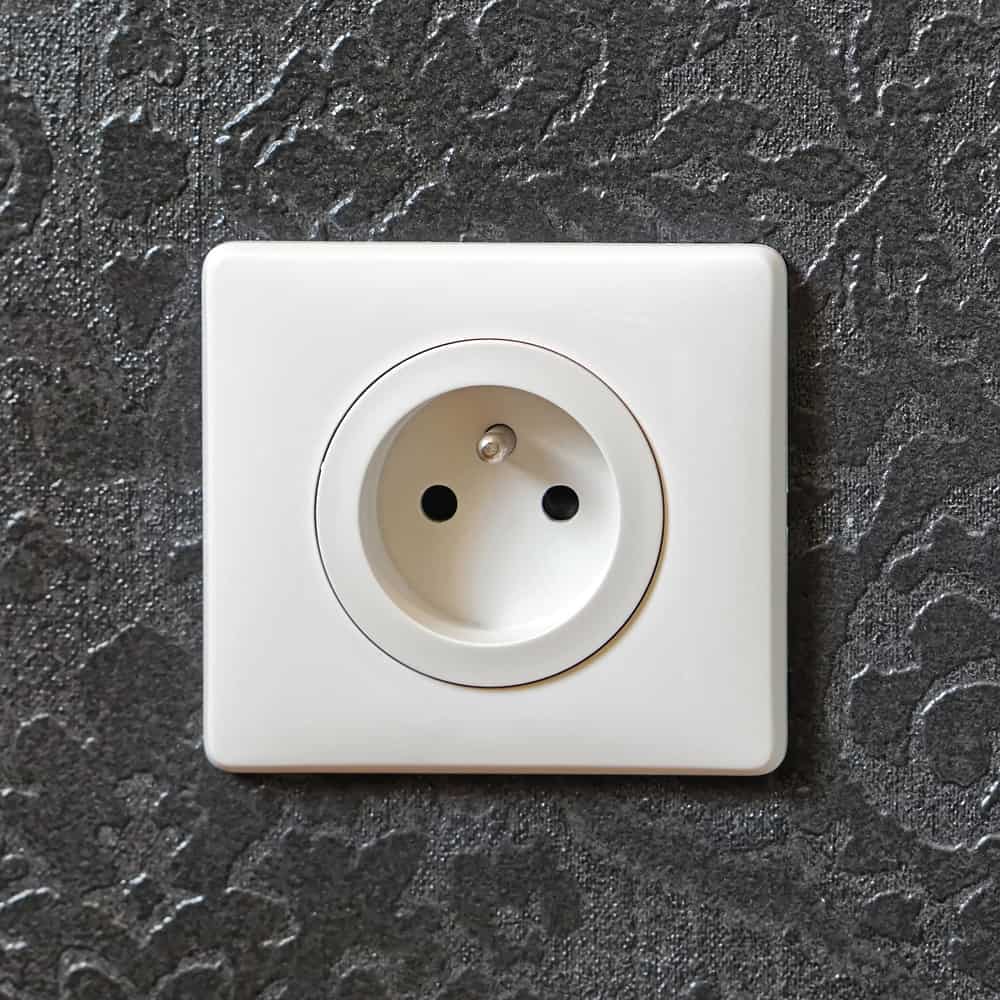 The power outlets are different

Power outlets in the USA are 110 volts and ones in France (and other areas of Europe) are 220 volts. The prongs look different as well. If you bring American appliances to France, such as chargers, be sure to use an adapter. Most phone and computer chargers accommodate a range of voltages and will say so on the packaging, but you’ll still need an adapter so it will fit into the socket.

Also, a word to the wise: Do not bring your US hair dryer or flat iron to France and expect it to function normally. Even with a converter, the hertz are different and you’ll most likely fry it or create an electrical fire. I learned the hard way after doing both.

Things you find in French kitchens >>

Slate or tile roofs are much more popular in France

While there are a variety of roof coverings in both the US and France, roofs in many areas of the US are commonly covered in composite asphalt shingles. In France, slate and tiled roofs are the norm. Yes, they’re more expensive but they also last much longer. That’s not to say you won’t find slate or tile roofs in the USA. You will, but they aren’t as mainstream as they are in France.

Many properties are fenced in

Overall, I find that French properties tend to be gated or fenced in, even in town centers. If they’re not completely fenced in, they at least have a front gate or small fence to section off the property line. It’s for privacy as well as security.

I have personally never come across a bidet in a private residence in France but people know what they are and how to use them. They are more common in older homes and Tom said he remembers seeing them more when he was a kid. I think I saw a bidet once at a hotel. In the US, bidets aren’t the norm.

Also on the topic of bathrooms, many homes have the toilet in a separate room from the shower/bath. The sink is often in the room with the shower, so to wash your hands after using the toilet, you may have to walk down the hall. Or if you are getting ready to shower and need to go #2 with a house full of guests, well, put your clothes back on and walk to the toilet room. This is not the case in all houses, though. When we bought our house, I wanted to make sure we found one with the toilet in the same room as the shower and sink. It wasn’t difficult to find. 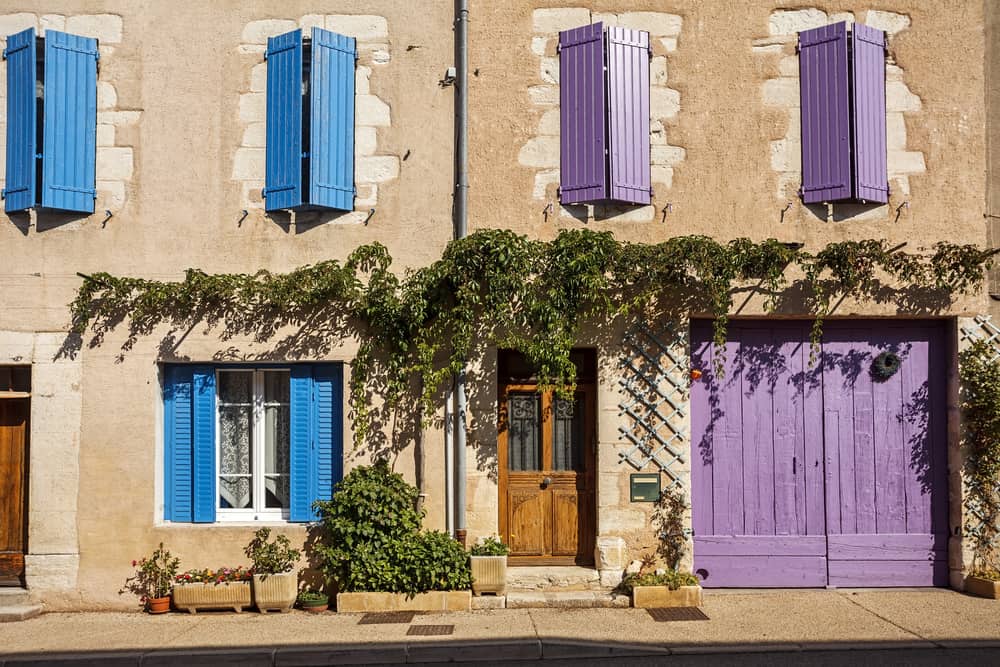 All French homes and apartments have functional shutters on the outside of their windows. Some are colorful and decorative like the ones pictured above and others look more like hurricane shutters. Some are automatic and can be raised with the touch of a button, some are semiautomatic and use a rod from the inside, and others need to be opened and closed by hand. The shutters are called volets and their purpose is to provide security, block the light, and help control temperature. These contraptions can be tedious depending on how many windows you have and if they’re the manual style or not.

I personally don’t mind light coming into my house and find them a chore to open and close twice a day. I usually let Tom deal with them. When he’s not here, aside from the one window that opens onto the street, I just leave the volets open. I like when natural light wakes me up in the morning.

In France (and many parts of Europe), homes are built differently than the majority of homes in the USA. French houses use cinder blocks, stone, or bricks instead of wood in most cases. This is the case for the vast majority of both new construction and apartment buildings. You just don’t see wooden framing when you drive past a construction site in France. 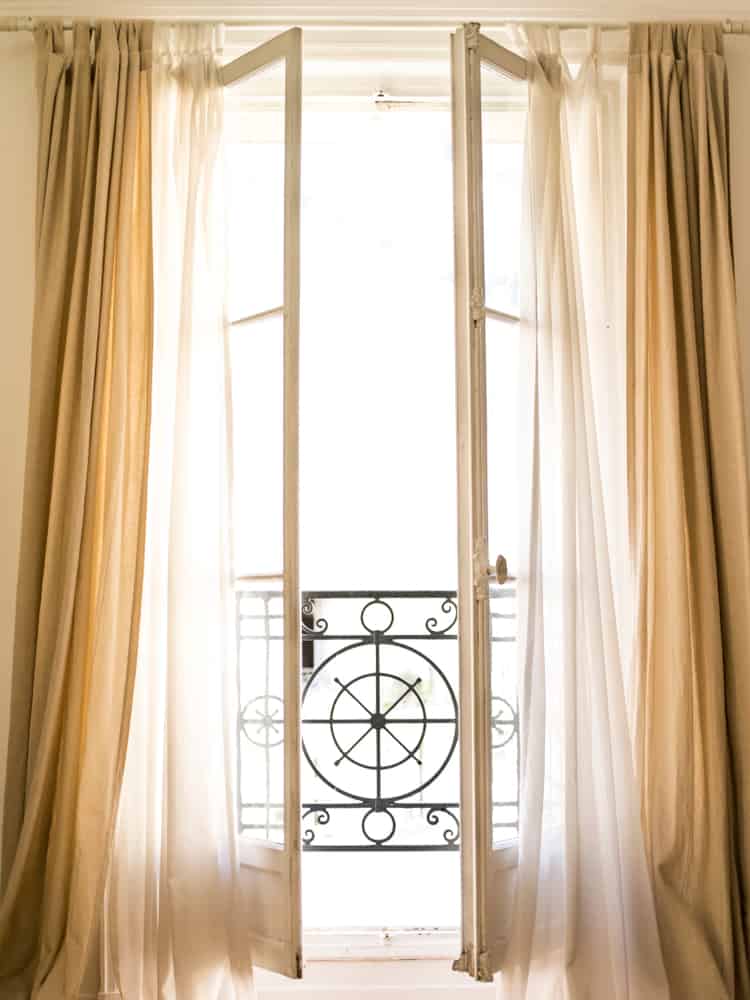 I hate bugs and on any given summer day, I have about 5 flies and mosquitoes flying around my living space. And who knows what else will find its way in…. creepy crawlies, the neighbor’s cat, a bird… Screens serve many purposes but aside from installing them yourself, you’re out of options because French windows don’t automatically come with screens. Screens don’t have to be an eyesore or even noticeable but they just aren’t super compatible with French-style windows. There are screen kits you can buy in home improvement stores but they don’t look great on all windows and aren’t always effective.

Houses in the US commonly have round doorknobs whereas in France, doors have levers or handles. Levers seem easier to open than door knobs so that’s a plus, but I’ve gotten shirts caught on door handles, so I can’t say which one I like better. They both have their pros and cons, but you’ll definitely see fewer round doorknobs in France.

Homes in the US seem to use wall-to-wall carpeting much more commonly than in France where area rugs and other floor coverings are more popular. Our home here in France is in the minority and has carpeting in two of our bedrooms but it’s not super plush or well installed like the carpeting in the USA. One reason for this is that one of the biggest global manufacturers of carpeting is in the US state of Georgia.

The French love their bread and in many French homes, you’ll find a special place for it to be stored in the kitchen. You might find a bread receptacle in the kitchen that you mistake for a garbage can. Not speaking from experience or anything…

What differences have you noticed between French and American homes? 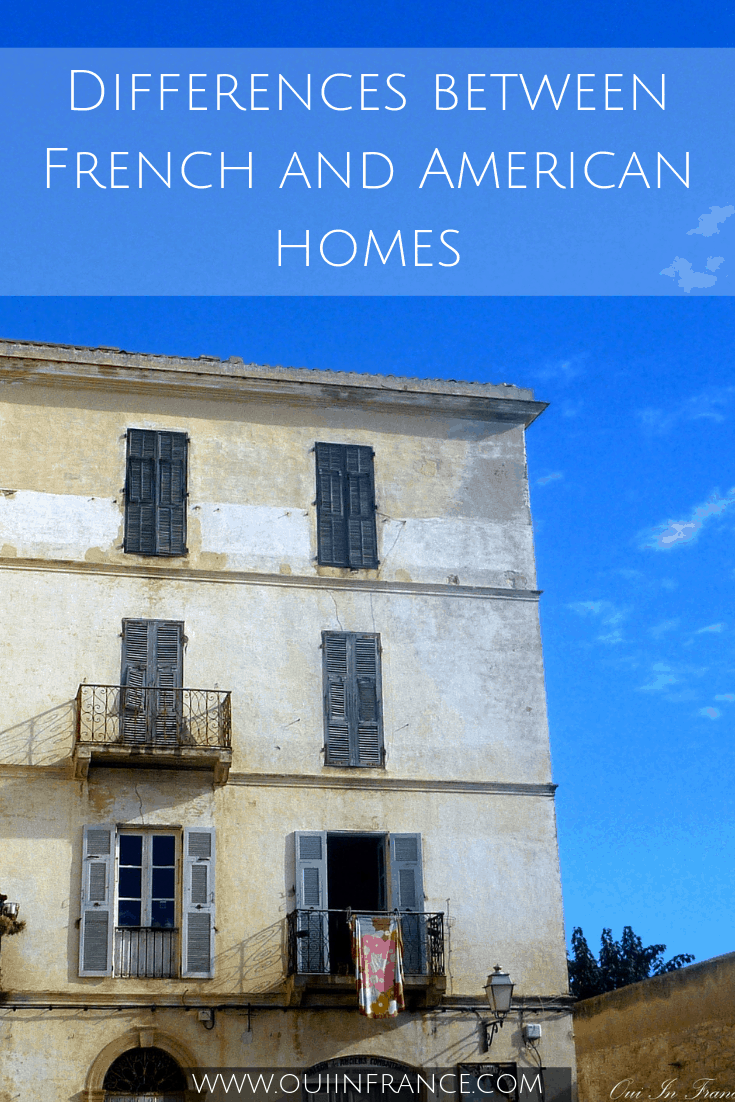 Houses in France: Observations while trying to find our new home