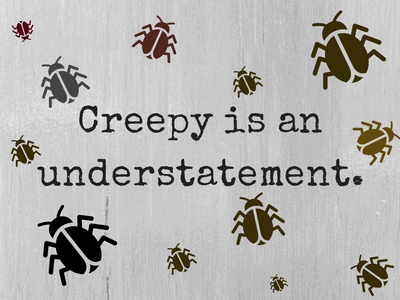 It’s definitely summer here with temperatures hovering around 80 F, blue skies, perfectly ripe cherries at the market and bugs. Yeah, bugs. But not any old bugs, which I’ve gotten used to. Nope, these GIANT insects that are scary as hell and seemingly come out of nowhere. You see, there are no screens on windows in France so whatever is outside has free reign to walk, er fly, right on in. And twice this week already, one of these kritters has made its way inside…

Get ready to scream!

Let me say upfront that I don’t like bugs but I don’t have a phobia or anything. I hate getting bitten by mosquitoes but the sight of one (or a spider, beetle or fly) doesn’t disgust me. Until now. After two run-ins with the thing below, I think I’m about ready to string up thin sheets and duct tape them to every window in our house. Insects in France are no joke. This beetle/bug/roach/??? FLIES, has a crunchy back like a cockroach and has a HUGE pincer on the front. Worst part is that it is BIG, like 4 inches long or so. Just typing this is giving me the heebie jeebies. Again.

Both times, I asked Tom to deal with it and he was thoroughly disgusted. SO here’s the pic (the one from Monday was actually bigger than this): 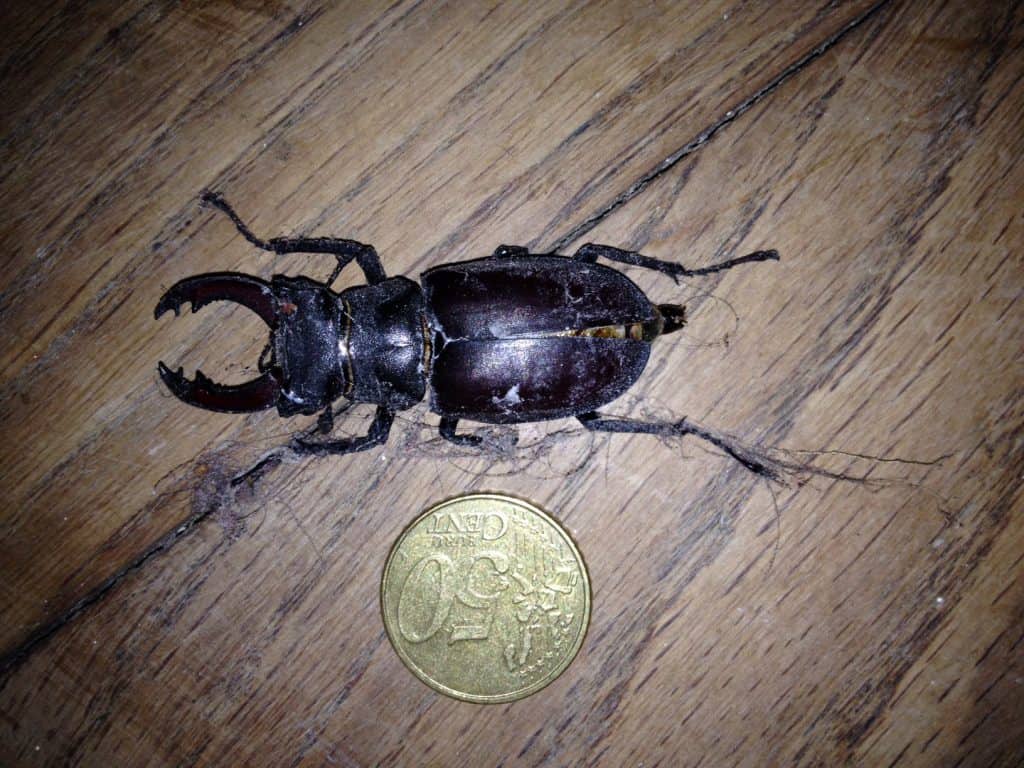 WHAT THE HECK IS THIS THING????

After checking out Google, it seems to be a stag beetle and is pretty much harmless. Apparently the stag beetle is quite common and are “more and more threatened, as they require standing dead wood in which they can spend 3-5 years as a larva. As a consequence they are protected in both France and Britain.” Ooops. We killed two.

Ever seen one in your neck of the woods? If not consider yourself lucky.

In the meantime, I’ll be the house with the sheets blocking the windows. Real classy, I know.

New House WTF #2: What ARE those French window shutters? Volets!