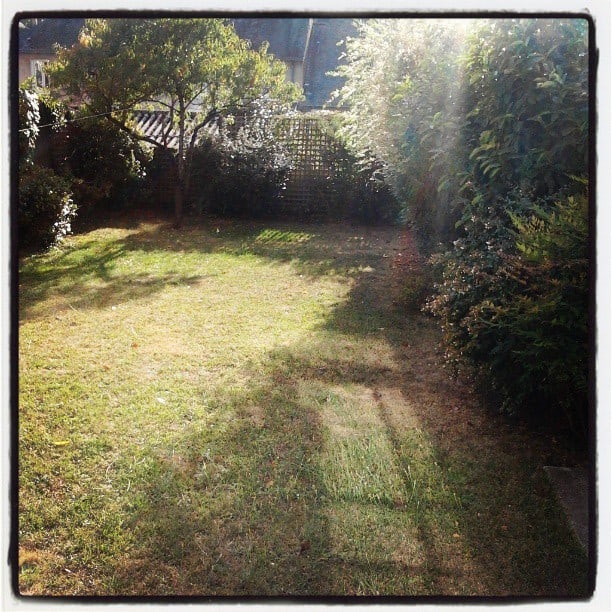 Moving into a house with a little backyard was partly for Dagny. She’d have a place to run around and call her own, a place to lie down and enjoy the best that house life has to offer. And be able to go out without supervision. But not so fast. On any given morning, you can find me running outside in my pajamas yelling at two neighborhood cats like a deranged fool — confirming to the curious neighbors that their neighbor is in fact nuts. Whose cats are they, you ask? No clue. And don’t get me wrong — I like cats. I had one growing up. But know what I don’t like?

Here’s the ugly truth. Two neighborhood cats started waltzing on over to our yard shortly after moving in and at first it was just funny to see Dagny chase them away. She doesn’t bark and is really submissive but chasing after the cats became a game — and the cats play to win. But then the trouble started when they began doing their business in the yard. And this was an annoyance at first. Hardly an issue beyond that. But now they come over multiple times a day and poop everywhere. Then Dagny goes out and thinks it’s snack time. And know what that means? Diarrhea everywhere because cat poop does not equal a healthy tummy.

I’ve made it my life’s mission to stop these two gray cats from coming into the yard and pooping. And the funny part is they don’t just poop but they save it until I’m in the kitchen and can see them. They make eye contact as they leave their little deposit and happily run off.  Sometimes behind the bushes where I can’t see it but Dagny can smell it. Then 20 minutes later they come back and prance to and fro until Dagny sees them and starts going nuts on the wrong side of the sliding glass door.

We need to stop the cycle of madness! 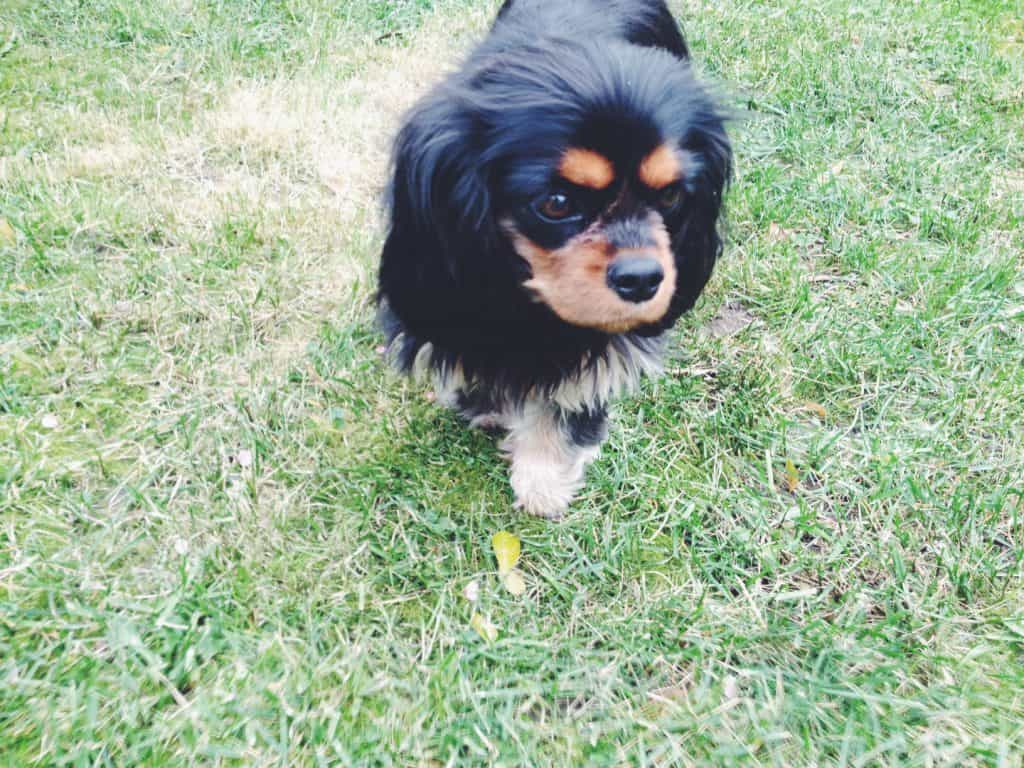 (Dagny is on the prowl for her two kitty friends)

First, we don’t know whose cats they are but even if we did, not sure it would change anything. Cats have the right to roam around outdoors and there’s no way to easily contain them.

What we need to do:

It’s summer and my backyard is blooming

« Etsy roundup: Easter dog accessories your pup needs for spring
April pics of the month: Spring tulips and a cafetiere »