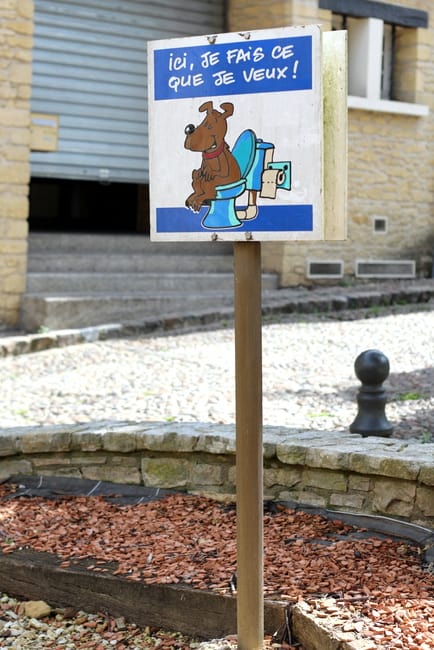 French people love their dogs. No one will argue that. From big Great Danes to little Yorkies, the French bring their dogs everywhere including places like the pharmacy and the café for an afternoon coffee — and I love it. What I don’t love is that the simple concept of picking up after your dog seems foreign to pretty much everyone. The problem with dog poop in France is real. A poo bag? What’s that?

Sure, any dog owner can empathize with someone who has been caught off-guard without a bag when little Fifi decides to take a poop. I can’t empathize with nearly every French person’s inability to pick up after their dog. Sh*t, dookie, caca — call it whatever you want. It all feels the same when it’s between your toes.

Is dog poop part of the culture? What is this France dog poop problem all about?

Let’s start with the basics. Poop in French can be said a few ways. Regular old poop is informally called caca and it’s familiar like the word poo. The French word for dog poop specifically is called une crotte. Feces is les excréments or fèces and your stool if you’re talking to a doctor would be called selles.

Now let’s get to the dog poop problem in France. I’ll preface this by saying I’m sure some people pick up after their dog, although it’s not the norm but is becoming more mainstream. It even seems to be socially acceptable to leave your dog’s poop right there on the sidewalk in some areas.

Need proof of the problem with dog poop in France? These pics were all taken on the same short walk on the same day. We didn’t even have to search. 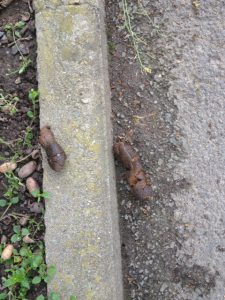 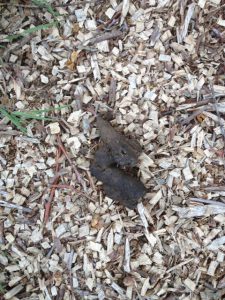 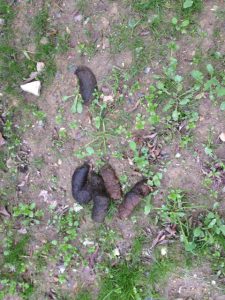 French people, listen up. I don’t know what you’re into, but if you like playing poop games and leaving your dog’s crap everywhere for whatever reason, do it on your own time in your own backyard.

Stepping in it on a public sidewalk ranks pretty low on my cool-o-meter and I’m just going to assume that you leave your dog’s poop there for a reason. Oh wait, what’s that? There’s no reason other than laziness? Of course…

In parks, there aren’t poop bag stations or anything to help you out although it’s become increasing common in the past couple of years. In pet stores, they do sell rolls of waste bags but they tend to be pricey. For whatever reason, the French haven’t caught on. So why does the simple concept of picking up after your dog seem to evade the majority? Beats me, but the France dog poop problem is real. And don’t even get me started about the Paris dog poop situation.

Some people do seem to care about the mounds of sh*t that you can’t help but step in. A neighbor posted this sign shown below after he noticed a collection of poop near his doorstep. It translates to:

PLEASE, this is a private passageway. Thanks for not allowing your dogs to leave their excrement wherever : 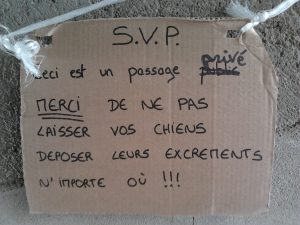 So what am I to do about this France dog poop problem that’s getting on my last nerve? Educate… one French person at a time. And I did!

Flash back to right after we got Dagny in the winter: I had the unfortunate experience of meeting our senior citizen neighbor. Tom had already met her once when he was out with Dagny and warned me that she doesn’t like dogs. She was coming home one evening when I was walking Dagny and I passed her when we were on the sidewalk outside her property.

After we passed by, I heard her say, “Make her go closer to the curb.” I whipped around and said, “Excuse me, madame?” not sure if she was talking to us. She directed me to the edge of the curb closest to the street and told me to stop the dog from sniffing near her property. I informed her that I don’t decide where my dog relieves herself and frankly I was happy that she was going outside (not potty trained at the time). She then proceeded to show me poop near her front door and said she didn’t appreciate it.

I told her first off, that the Rottweiler-sized poop left near her door couldn’t have come out of my 7-pound (at the time) dog, and second, that as an American and a responsible pet owner, it’s the norm to pick up after our pets.

She raised an eyebrow. I showed her the poop bag I had in my pocket and she was a bit shocked. Yeah, take that lady. Then she said have a nice evening and went inside. I knew full well she was watching us from her window, so I took Dagny to the edge of the curb and within a few minutes, she went to the bathroom. I made a HUGE deal bending over to pick up Dagny’s tiny little poop knowing the neighbor was scrutinizing our every move — like old ladies often do. I tied a nice little knot in our bright pink poop bag exaggerating my movements (so she’d be sure to see how it’s done) and put the bag in the public trash can across the street as proudly as possible. And I smiled walking away. The next time this neighbor saw me, she actually pet Dagny and smiled! Score! She’s been nothing but nice since!

So when I see a dog going to the bathroom with an owner who just aimlessly watches and then moves along leaving his “business” there, I’m the one who will go up to a complete stranger and offer him or her a plastic poop bag.

I’m the one who says, “I think you forgot something there, sir.” Yup, it’s my mission to educate one French person at a time on how to pick sh*t up — American style.

« Ask Tom Tuesdays: Sports fans in the USA vs. France
Reverse culture shock moments I had on my vacation back home in the USA »