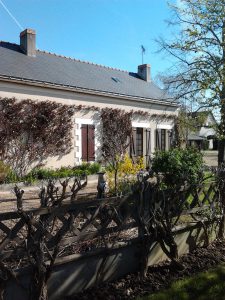 It’s no secret Tom and I are looking to move out of our 1BR apartment into a home we can call our own. From beautiful, modern homes to cramped, dated places that feel dark and isolated, we’ve seen it all on our house hunt so far. While it’s fun to visualize a before and after in your head after seeing a fixer upper, sometimes you just want to find a place that needs minimal help and just move-in already! But this is too big of a step to rush, so the hunt continues and I’m sharing it with you. What are French homes like? There’s no typical French house across the board. They come in all shapes and sizes.

Check out some of my French house observations with pics. GO!

Some of you have asked to see pics of what houses look like in France and I have to start off by saying that they really vary just like they do in the U.S. There’s no single “French house” that’s typical of everywhere although there are some similar characteristics. Sizes of lots and actual living spaces vary depending on if you’re out in country or in a town’s center. For us, it’s important to be near civilization, so the spaces we’re looking at are NOT huge and sprawling. All of the differences I’ve noted actually get me excited about moving and I am looking forward to getting to know my new French house!

This is by no means a complete guide to houses in France.

Below are a few general things I’ve noticed while house hunting and info on typical housing in France and home buying: 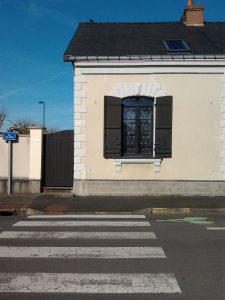 Here are just a few pics of the houses in France we’ve seen:

Here’s a dated kitchen. It’s functional with space and adequate cabinets but quite old: 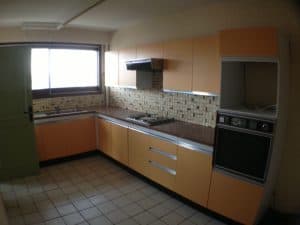 Here’s a nice kitchen, but it’s in its own room (complete with a door) and doesn’t have much space: 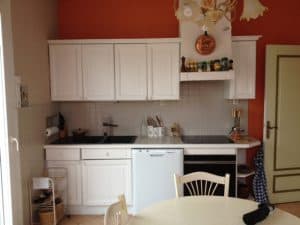 A spacious family room that had a wall removed to create more of  a flow between rooms: 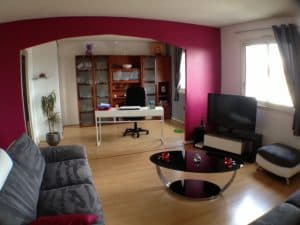 A little deck and backyard space off the kitchen of one home we visited. While small, it was private and perfectly manicured: 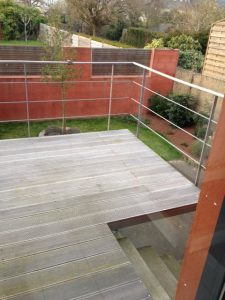 Anything surprise you about houses in France? Maybe you can you relate?

We found a house in France, but there’s a problem

A few pieces of home in my new home in France