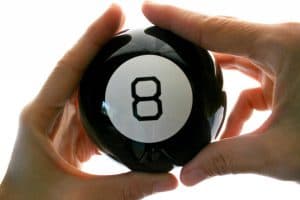 Yesterday was a stressful day. Actually it’s been a couple of stressful days, but now I feel like I can breathe. First, I want to say thank you to everyone who commented on my post from Monday and gave their input on social media. I truly appreciate that.

So did we make an offer last night? We made a decision, so go get the update!

So just a quick recap from Monday’s post: We found a house we really liked but there was another couple in the running who had seen the house a week before we saw it and had made an offer. The owner of the property was putting the pressure on us (just a day later) to make an offer because he was in a rush to move. We were really conflicted because the house was the nicest one we’d seen and we could really see ourselves in it. Except for one thing. The only major issue we had with the house was that it did not have a garage — and building one would be no small feat.

Tom and I discussed our little predicament with our real estate mentor, my parents, his parents, his brother, some friends and then we talked some more. We decided we would make a firm offer and came up with a fair price of what we thought the place was worth (considering the masonry work that would have to be done) and called the owner last night as planned to give him our take it or leave it offer, which was not far off from his asking price. We weren’t going to get into a bidding war and if he had an offer he liked already in hand, he was free to take it. We were very matter-of-fact about it although inside I was so anxious to just KNOW already.

As it turns out, the owner told Tom he called the other couple the night before to put the pressure on them saying we were making an offer today, and because of that, they bid up their original offer (not super smart in my opinion) to over the asking price! In a down market. For a house without a garage (one of their issues with it as well, we were told).

Our offer came in a few thousand less and we stood our ground and did not bid up. The other couple got the house. So the former car salesman owner really turned up the heat on them. Now of course if that falls through, he’d gladly consider our offer. But it seems to be a closed case. And I’m OK with that.

Why didn’t we up our bid?

This was also moving fast, which if we got our price, we wouldn’t have minded. But I like to cross all my t’s and dot my I’s. All of these factors together contributed to how this turned out.

And I have to say, although we’re a little sad, I know we did the right thing. I’m feeling hopeful today that the right place will come along at the right price. In the meantime, we’re going to have fun looking!

Do you believe things tend work out in the end?

« We found a house in France, but there’s a problem
Houses in France: My observations (with pics) while trying to find our new home »