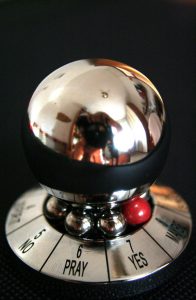 Indecisiveness can be crippling, and right now, we’re feeling pretty crippled. If you’ve been reading my blog the past couple of weeks, you know we’re house hunting here in France, and while we want to take our time and make sure we find the right property, we’re not going to pass up a great house either just for the sake of looking further. Well, we found that dream house, but there’s a problem…

Anyone who knows me knows I’m rational and tend to think things through, but I need reassurance. I can be a tad indecisive — especially over big decisions — and REALLY hate feeling anxious and unsure. And even more so when there’s a time crunch.

To make a long story short, we found a house in France that we really, really like. It’s a completely renovated 1920s home that has enough space, a nice little yard, an open kitchen that is functional , BIG bedrooms, is in the center of our town and a beautifully done upper level. Trust me – it’s nice. It’s perfect for us. We want it.

The only downside? It’s at the top of our budget AND the garage, as it stands now, is not functional as a garage (narrow passage to get to it, being used as a shed, so some masonry work would have to be done to make it into a garage). The house is on a narrow street as well although the owner says he’s never had trouble parking on the street in 12 years. We did the calculations and we can afford it, so what’s the problem you say?

So here’s where it gets tricky. We saw it Saturday morning. There is another couple who saw the house last weekend and the owner told us they would most likely make an offer. They had a whole week to think about it. Sure enough, they did make an offer directly to the owner (no agency involved), 500 over asking price because they were scared we’d make an offer first at asking price. The owner said he’d consider our offer of 500 more than that (so 1000 euros above asking price that was NOT negotiable) and there would be no back and forth. If we top that, we win. The owner is moving to Bordeaux for work and wants to get a sales agreement signed ASAP (this week) and it’s a lot of pressure on us. 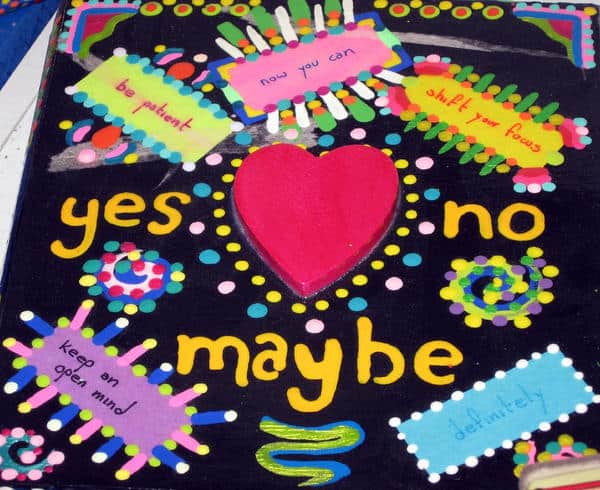 But here are the issues about our possible new house in France that are giving us pause:

1) The speed at which this is happening. We saw the house two days ago and while it’s probably a great house and we love it, we just want to be absolutely sure. The owner wanted our offer last night but we convinced him to hold off ‘til Tuesday when Tom can verify the specifics with our bank. He reluctantly agreed.

2) Karma. I care about other people and often put myself in their shoes. The other couple saw it first, made an offer first and for them to lose the house over 500 euros is almost insulting. If I were the other couple and lost my dream house over 500 euros, I’d feel horrible. Although it’s the owner screwing them over and not our problem per se, I’d feel really bad about doing that on ethical principles alone. The owner would wait on our offer for only 500 euros more? Seems too “nickel and dimey” for me.

Will there be other houses in France? Of course. But ones we’ll like as much as this one? I’m not sure.

Rushing doesn’t often produce good results, in my opinion. But at the same time, in France, especially at the low end of our budget, houses aren’t exactly move-in ready. To be blunt, they’re dumps that require 30-60k+ euros of renovations to make them livable and modern. They don’t always have new windows, kitchens, new insulation or redone electricity and plumbing. These are all considerable expenses and things that need to be looked at and changed if you don’t want to throw money out the window. This house we love is move-in ready and aside from a few cosmetic touches, it’s 100% livable from the day we move in. I’d be proud to open my door for the mailman. Really proud.

Maybe the fact that I’m even putting this out there and asking the question is a good indicator that we should pass on this. Or maybe this reflection is just me wanting to be sure and is a part of thinking this through. It’s a big decision and will unfortunately have to be a fast one. The risk of passing is that we’ll compare this “dream” house to every other house we look at and I’m not sure anything else will measure up. Or – who knows – maybe we’ll get over it and find something better. Or maybe we won’t.

What would you do? Have you bought a house in France?

UPDATE: House dilemma, we made a decision…

« House hunting: Buying a house in France
UPDATE: House dilemma, we made a decision… »