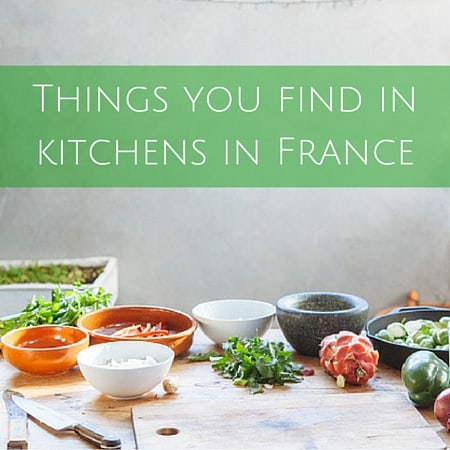 The other day I was making cookies and as I looked around my kitchen, I realized I’ve never written about “French kitchens,” which are a little different than American ones. Of course this depends on the house and the person because kitchens in France run the gamut in terms of style, size and decor just like they do in the USA. You can find tiny modern kitchens or big, sprawling spaces for entertaining and everything in between. In general though, French kitchens seem to be smaller than their American counterparts and you will notice some differences. So let’s talk about those differences. 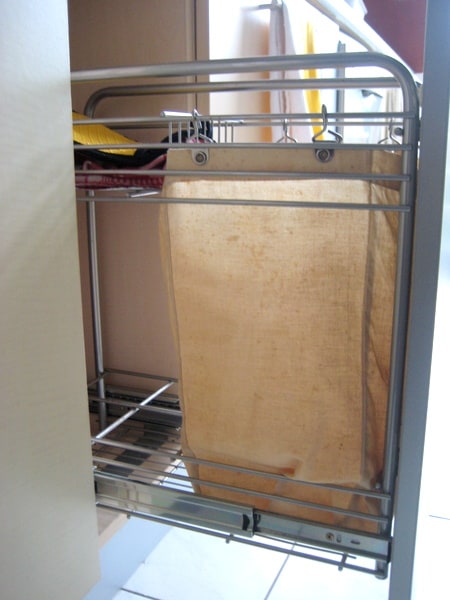 The French love their bread so storing it properly is a must. If you buy a baguette and it’s not quite dinnertime, keep it in your bread drawer. Done with dinner? Put the extra baguette in your bread drawer until breakfast the next day. I’ve seen these things on counters on the USA for bread but never a drawer or bag for bread. My kitchen here in France has a pullout bread drawer with a cloth bag, but I’ve seen bread receptacles that resemble trash cans as well as cloth sacs that hang on the back of a door.

If you’re visiting a French family, be aware of this bread receptacle and don’t throw your morning trash in with last night’s baguette. I made that embarrassing mistake once and have recovered — but in the moment I felt like a real idiot when my friend’s dad asked what Q-tips and tissues (both used) were doing in with the bread. In my defense, their bread receptacle looked JUST like a trash can.

Pop into any French kitchen and you’re sure to see an electric kettle. They’re called bouilloires in French, plug into the wall and boil water for you in about one minute. It’s not that these don’t exist in the USA. They’re just not super popular on that side of the Atlantic. I guess if Americans want to boil water, they put a pot on the stove or use a tea kettle on the stove for tea. Another appliance that’s popular in French kitchens? Pressure cookers. They look like this and most French kitchens have one.

Need sugar for your coffee or tea? Most kitchens in France will have a box or sugar bowl full of cute little sugar cubes that you can pop in your beverage. Some are just little cubes or circles but many come in more unique shapes like clovers, hearts and diamonds. Or in little packets that come in flavors like vanilla. Sure beats scooping out your sugar with a teaspoon! 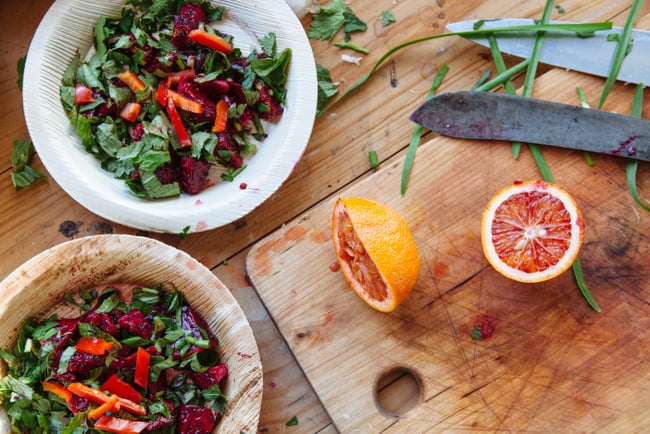 If you’re American, unless you shop at Ikea for all of your kitchen wares, your pans probably have handles that cannot be removed. In fact, I don’t think I’ve ever come across pans with removable handles at any of my friends’ homes in the USA. Some people probably use sets like this Tefal one without handles but they’re not the norm. In French kitchen stores, handle-less pots are very common. Pans stack really well in the cabinet and take up less space when those pesky handles don’t get in the way. Just buy a handle or two and a variety of pans and you’re all set.

Eating out? Tips to wow your French dining companion >>

A washer in the kitchen is especially common in smaller spaces where there may not be a laundry room or garage to house your washer (and maybe a dryer). In Paris, my brother-in-law’s washing machine is next to his dishwasher in his kitchen. Similarly, the apartment we rented the first time my parents visited Paris had a washer/dryer combo appliance (but beware,the drying cycle is quite weak and may leave your clothes damp) across from the oven. The French are masters of making every space count.

It’s not that giant fridges aren’t available for kitchens in France, but most families just don’t need them so they buy something smaller. Or the space doesn’t allow for anything large. I’ve been to people’s apartments before in France and they get by with a dorm-size fridge (half size) which fits under the countertop. What??? Now while that’s not common in a 2+ bedroom house or apartment, it can be common in smaller apartments in cities.

Smaller fridges make sense if you think about it — a few steps out the door and you can grab what you need for the day, so no 20-minute treks to the supermarket to stock up for the next week. We have our fridge from our old apartment in our basement as a backup fridge since the one in our kitchen tends to get crowded (especially the freezer). But giant American-style fridges? Definitely not the norm in kitchens in France.

What about you? What else have you found in kitchens in France? 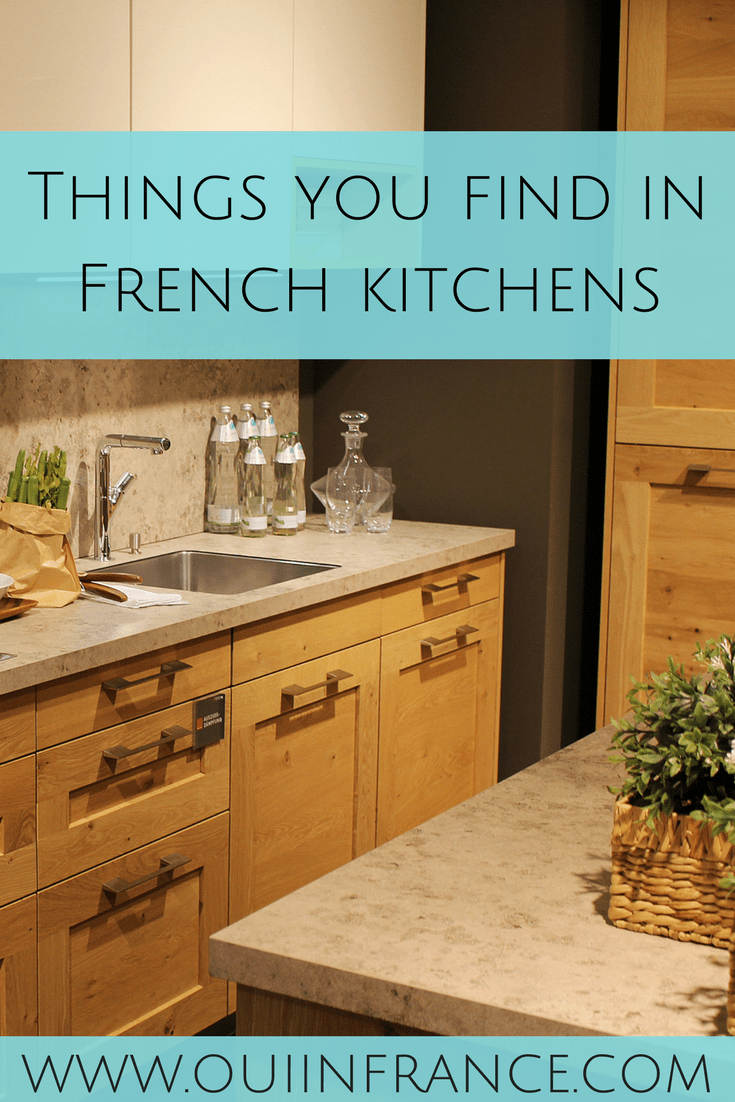 « We’re back in France!
Little ways to make the holiday season merry for loved ones far away »